About Butterflies and the Afterlife — A Neat Thought Heard on Public Radio April 19, 2020 Jack Hartjes

One of the reasons I like national public radio is that it recognizes that religion is a part of America’s life and treats religious beliefs without ridicule or cynicism. Saturday it was about butterflies, the afterlife, and an experiment on what happens to a caterpillar’s memory in the pupa stage.

Since it’s Easter time and we’re talking butterflies (actually moths in the experiment), the symbolism concerning life after death was just below the surface. The radio presenters didn’t hesitate to bring it to the top. In fact, there was some rather profound discussion.

How eagerly or complacently should we be anticipating our own resurrection? The Bible says we will be changed, and it seems like the change will be rather thorough. Casting off mortality. Putting on immortality. Glorified bodies. Jesus’ disciples don’t even recognize him. How much of ourselves will we lose in this transition? Will we recognize ourselves? Will we still have our memories so we know who we are?

What do butterflies remember?

I wasn’t expecting the show to give a theological answer to these questions. It was about a scientific experiment. But the experiment did provide an interesting analogy. First, it gave a group of caterpillars a specific memory. Then it tested to see if the adult (it was moths, not butterflies, but that matters little) “remembered.”

Giving this experiment its poignancy is the reality of what happens to the caterpillar in the pupa stage. It’s a really drastic change. First, the caterpillar is completely unmade. Its body is gone; it turns into a bunch of goo. Out of that goo the adult form is assembled. It’s hard to imagine anything of the former stage surviving, especially not a memory, which would seem to require a brain.

The experiment and the result

Then came the pupa stage and the complete dismantling of the caterpillar and re-mantling of the moth. Would the moth remember the smell and the associated unpleasant zap?

They did! Every time the adults were exposed to that scent, which to other moths would have meant nothing, they flew away.

April 19, 2020
Thomas, a Saint for Social Media, and Another Thought from Divine Mercy Sunday's Gospel
Next Post

April 27, 2020 Thin Places, McDonald’s World, and the Difference the Eucharist Makes
Recent Comments
0 | Leave a Comment
Browse Our Archives
get the latest from
Lost in a One-Acre Wood
Sign up for our newsletter
POPULAR AT PATHEOS Catholic
1

Catholic
Analogy vs. Logic: Arguing Matters Close to the...
Lost in a One-Acre Wood

Catholic
Protesters and Rioters: In Minneapolis There’s a Big...
Lost in a One-Acre Wood
TRENDING AT PATHEOS Catholic 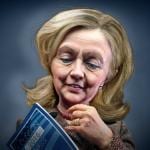 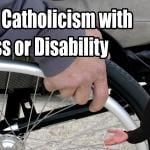 Moses, Jesus, And Hebrews Three
In chapter three of the letter to the Hebrews the inspired author...
view all Catholic blogs
What Are Your Thoughts?leave a comment
Copyright 2008-2020, Patheos. All rights reserved.