Thin Places, McDonald’s World, and the Difference the Eucharist Makes

Part 6 on Being Consumed: Economics and Christian Desire

A few years back a Presbyterian pastor gave a sermon on thin places. I hadn’t heard that term before but have several times since. Thin places are places “where the distance between heaven and earth collapses and we’re able to catch glimpses of the divine, or the transcendent….” That’s how a New York Times article describes them. Travel brochures say there are a lot of thin places in Ireland and Scotland.

I like the idea of thin places. I think I’ve experienced some on walks in the mountains and even in church, not, of course, with just the five senses. Some part of this world thins out and becomes, even if only momentarily, translucent to a reality beyond.

William T. Cavanaugh, in Being Consumed, doesn’t refer explicitly to thin places, but he mentions a passage in Hans Urs von Balthasar, which does. (I pick up Balthasar once in a while for the challenge of it, so I went to my Balthasar reader, p. 194-195.) Balthasar sees points of transparency to the divine as highlights of non-biblical religion. The divine that thus shows through is like a common denominator of the religious urges of all humankind. Investigators into the phenomenon of religious pluralism often emphasize that commonality. Cavanaugh, Balthasar, and one other writer whom I will mention, are some Christian theologians who don’t want to stop there.

Cultural and religious pluralism is a reality that no one can avoid in a world of mass communication and movement among peoples. Television likes to socialize children into this world. Kenneth Surin recalls watching one such children’s program with his granddaughter. The children characters were singing, “We’re all different, we’re all the same.” Surin writes he found himself longing for the days when Wiley Coyote got an anvil dropped on his head. Aside from the excessive preachiness of today’s children’s TV, Surin thinks the message is disastrous.

Surin’s investigations of pluralism focus on the relations of power among people of different cultures and world religions. He thinks it’s easy enough for a Western Christian to talk about how much we’re all alike, but a member of the developing world, unless she has been successfully westernized, sees a rather different subtext. We say, “We’re all different” without ever thinking about the most important difference of all–how some people have power and others don’t. When we add, “We’re all the same,” it comes across as a lie.

There’s hardly a better illustration of that lie than the success of McDonald’s throughout the world. We’re all the same now because we all like McDonald’s hamburgers. How trivial that is! McDonald’s and Coke and Levi  Strauss and so on have all the power. Western power shines through every hamburger and coke and Levi jean bought and sold in the developing world (but in entirely Westernized establishments). In the developing world Western power is the new transcendent Beyond. Western products are the thin places for this reality that is out of reach for so many.

It eases the Western conscience to believe all religions, all cultures, all people are the same. But it’s just another abuse of unequal power relationships, Surin says. Liberal Christians especially like to imagine all our different paths lead to the same goal, that our different doctrines aim at the same truth, that one religion is as good as another and essentially no different from another. So we can all hope to go to the same heaven.

But if the particular ways all lead to the same place, then no one’s way is important in itself. Cavanaugh says our well-intentioned inclusiveness buries all particulars in an oppressive, overarching unity. It’s the Western world that supposes there is a Truth, with a capital T, independent of place, time, and culture. We Western liberals hate cultural imperialism, but we don’t necessarily avoid it.

The difference the Eucharist makes

The Eucharist shows how you can hate Western imperialism and still love truth. Only it’s not a truth that reigns above, indifferent to all humanity’s strivings.  In Eucharistic practice and belief the many worshipers become one in Jesus. Christians remember this individual as the one who said, “I am the Truth.” It’s an odd statement, and there’s something funny also — from a modern Western perspective — about Christians “remembering” Jesus. But Jesus could still be Truth and the way to it and Life and all the things that God is, even if he never said it.

That possibility becomes more likely, or more worthy of belief, in light of what Christians have experienced of the post-Good Friday Jesus, including around their Eucharistic table. Around that table especially, but not only then, they would sometimes experience a strange new kind of unity. As a cradle Catholic perhaps too used to the wonders of liturgy, I need a name for this experience. I need to study it in order to feel it.

The apostle Paul names the experience that some of the earliest followers were feeling:

As a body is one though it has many parts, and all the parts of the body, though many, are one body, so also Christ. For in one Spirit we were all baptized into one body, whether Jews or Greeks, slaves or free persons…. Now you are Christ’s body, and individually parts of it. (1 Cor 12:12-13, 27)

Referring to the Eucharist, he says:

When “Jews or Greeks, slaves or free persons” come together, it’s their varied and intensely particular gifts that build up the one body.

An economy of places and people

A McDonald’s world is a world where all places look alike. That same world, of large-scale agribusiness and world-wide distribution, hasn’t worked so well in the time of Covid-19. We have efficiency at the cost of flexibility and systems beyond the control of individual actors.

Cavanaugh sees in the world economy the triumph of the one overarching system over the many producers and consumers. As the economy turns global, individuals’ economic relationships are with the system rather than with other individuals whom they know personally. The price I pay for food bears almost no relationship to the wage of the laborer in the field. It’s beyond my control and even my knowledge.

An important part of Cavanaugh’s purpose in Being Consumed is to identify ways people are engaging in a more people-centered economy. Cavanaugh mentioned the fair-trade movement and the cooperative business model in previous chapters. Now he touts a movement with the initials CSA — Community, or Church, Supported Agriculture. As Covid-19 rages, CSA looks even more desirable as this article in The Guardian points out.

Cavanaugh says churches or communities are

… creating alternative kinds of economic spaces in which they resist the abstraction of globalization by face-to-face encounters between producers and consumers. (p. 87)

CSA emphasizes locally, often organically or sustainably produced food. It includes farmers’ markets but can go beyond individual food purchases. Consumers can buy a share in the farmer’s operation at the beginning of the season. It helps the farmer through times of low income and gives the shareholder a regular supply of the farm’s produce. There is a sharing of both risks and benefits and an overcoming of the anonymity of globalized agriculture.

… opens up the possibility of forms of exchange that are based neither on self-interest nor self-sacrifice but on seeing the concrete other as not other, as part of the same body. The Christian is called not to replace one universal system with another, but to attempt to ‘realize’ the universal body of Christ in every particular exchange. (p. 88)

April 19, 2020
About Butterflies and the Afterlife -- A Neat Thought Heard on Public Radio
Next Post

May 1, 2020 The DREAM Act was Introduced in Congress First by … Not a Democrat!
Recent Comments
0 | Leave a Comment
Browse Our Archives
get the latest from
Lost in a One-Acre Wood
Sign up for our newsletter
POPULAR AT PATHEOS Catholic
1

Ta-da! Janetheactuary.com is here!
Jane the Actuary
Related posts from Lost in a One-Acre Wood 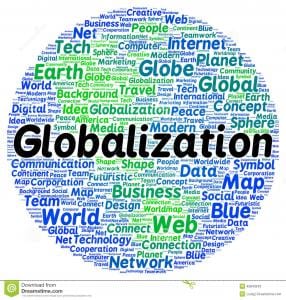 21 As Jesus looked up, he saw the rich putting their...
view all Catholic blogs
What Are Your Thoughts?leave a comment
Copyright 2008-2020, Patheos. All rights reserved.