On Fragments: The Existential Situation of Our Time, “Introduction”

The first of David Tracy’s two new volumes of essays is about fragments and also a collection of fragments. As I begin this series of posts on Tracy’s latest published work, I have in mind a few key ideas. They are fragments, the other, and the infinite, topics among which Tracy’s more recent thoughts have wandered. At the moment I’m thinking mostly of fragments.

I see three ways Tracy uses the word “fragments.” Fragments are what things fall apart into. Tracy sees that happening in our many various worlds – the environment, society, even the Church. Fragments are also what we romantically retrieve from a long-lost, harmonious world of, say the Middle Ages – the Middle ages of our imaginations. Finally, strong fragments are what disrupt or fragment the stories we Christian first-worlders tell ourselves.

Among those stories is the history written by the victors of our economic and political history, explaining how society has evolved until it came to the point of “us.” Another tells how all the religions of the world are stages on the way to Christianity.

Among those fragments that disrupt the stories are the memories of oppressed peoples. Johann Baptist Metz, I think, first named them “dangerous memories.” Like the memory of the Cherokee “Trail of Tears” and the “middle passage” of the slave trade. Or there are the memories of Christian repression of the Jews, leading to the Holocaust, memories the Salem Witch Trials, memories of the Catholic Inquisition. These memories are dangerous because we cannot repress them. They haunt our conscience and strengthen the resolve of repressed peoples. They are not inert things but happenings. Tracy made up the word “frag-events” for these strong fragments.

There are artworks that we can look at and move on as if nothing happened. We can read some books and not have to open them again. Many songs are entertaining enough to the ear but a burden when they stick around in the head. A classic is different. A classic requires us to go back again and again. It never runs out of things to say. It can be a burden, too, but that’s because it challenges us with a task we can’t complete. We can’t wrap up a classic and say now we have it down pat. A classic is always a fragment to us. There’s always more of it that we haven’t encountered – or that hasn’t encountered us.

Classics are two-way encounters; they address us as much as we bring ourselves to them. They are happenings; as fragments, they are frag-events. And, like the memories of forgotten peoples—which we might as well also call classics—they are dangerous. They open us to ever new worlds and call into question our old world. They bring to the fore possible ways of being in the world that weren’t even possible (because not thinkable) before. The “impossible” is another important category in Tracy’s later thought.

Frag-events, openings to the other and, perhaps, to the Infinite Other.

Classical Western philosophy is about substance, “being” as a noun. Philosophers tried to figure out how a being could change and become something different. They found ideas like matter and form or atoms and the void—all things, substances. Classical Western science was pretty much the same: reality was ultimately things. Scientists could put them into classes or divide them up into tiny parts. Both philosophy and science, at about the same time, began to see reality another way, as process or event. Tracy says the “name” for ultimate reality, for either science or theology, is a verb. (p. 12) Reality doesn’t sit still long enough to name it properly.

I read that scientists a couple centuries back thought the story of the universe had essentially been told. Only details were left to fill in. That day is gone. Modern science has seen more than one revolution, and each new answer comes with more questions. In other words, our knowledge of the world is fragmentary and, perhaps, essentially and unavoidably so. At the edges of each fragment – now frag-events – is an opening to some other, something else. That other may be a previously hiding aspect of the world of science. It may be another, “impossible,” way of living in the world with other people, especially those whom we have ignored, and with nature, which we have ignorantly (or stupidly) abused.

There may even be, by way of fragments, an opening to infinity, which would be the Ultimately Real, an Other beyond any finite other. Buddhists, nihilists, philosophers, theologians, and artist have attempted to understand this infinite with names like “the Void,” “the Open,” “Creativity,” “Being” (as a verb), and “the Good beyond Being.” (p. 12)

Religion and the public

Interestingly, theologians and religious believers aren’t the only ones grappling with the concepts of fragment, the impossible, and the infinite. Tracy begins his Introduction:

Fragment emerged as an essential category in six distinct intellectual fields: classical studies, biblical studies, archaeology, literary theory, philosophy, and theology. My theory of the fragment can be cryptically stated as follows: Strong fragments shatter, fragment, negate any closed totality system. In the course of fragmenting all closed totalities, the most powerful fragments also show themselves not as substances but as events and positively open to liminal Infinity. (p. 1)

Fragments, the other, the infinite Other, and even the impossible are topics, Tracy thinks, on which religion and the unbelieving public can converse. In Chapter 1 Tracy will state:

It is with fragments that … theological and antitheological critics may finally listen to one another. (p. 22-23)

For Tracy, as my last post emphasized, Theology is a public discipline, and religion belongs in the public arena. Tracy hopes for a theology that will show “the public – indeed, the universal – character of all properly theological realities as frag-events.” Theological frag-events can “shatter, negate, and fragment all totality systems (including ‘Christendom’ as distinct from Christianity)….” (p. 15)

Response to suffering and other topics

At the end of Tracy’s Introduction we see several other topics forming the burden of this volume of “fragments”:

A thought from Tracy’s second volume, Filaments, is one way to sum up Tracy’s goal as a theologian. David Tracy wants to practice his discipline, like the ancient philosophers before theory got separated from practice, “on behalf of a way of life.” (p. 93)

May 17, 2020
David Tracy, Theologian for the ‘Publics,’ Publishes Two New Books
Next Post

May 27, 2020 Religion, Non-Reductive and Saturated, Gains Respect in Post-Modern Academic World
Recent Comments
0 | Leave a Comment
Browse Our Archives
get the latest from
Lost in a One-Acre Wood
Sign up for our newsletter
POPULAR AT PATHEOS Catholic
1

How To Pray When We Don't...
The Way of the Wildflowers
Related posts from Lost in a One-Acre Wood 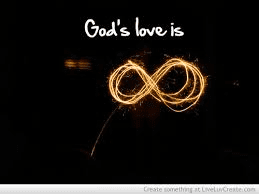 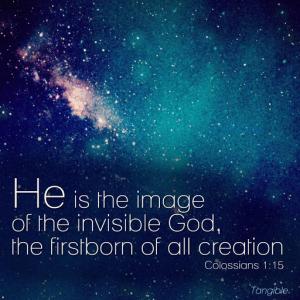