Why I No Longer Believe in Scriptural Inerrancy

Why I No Longer Believe in Scriptural Inerrancy April 8, 2020 Derrick Day

One of the great things about achieving escape velocity from the black hole of religion is freedom.

I was once bound by scriptural literalism — but no longer. I used to quote and cite scripture for virtually everything; now I quote and cite it for almost nothing.

As a pastor and an aspiring theologian, I was given an overarching premise by many teachers and mentors — that the bible is the inerrant, infallible word of God. They told me that the bible was imminently reliable and contained the answers to all life’s problems.

But there was a problem with that. The problem was that things just didn’t add up. In the course of my deconstruction experience, I’ve learned that there are vast instances of scriptural inconsistencies.

Now before you get your drawers in a bunch, there’s plenty of scholarship out here to support this — so don’t look for endnotes; Google it for yourself.

Here’s where it hit me. Jesus was the reason I got what I thought to be “saved.” Even though I read many versions of scripture and spend thousands of hours in study, I kept going back to Jesus and re-reading the Gospels.

Here’s where it went off the rails for me. If Jesus is the express (exact) image of the Father, He only did what He saw the Father doing, and that He and the Father were one, at some point I had to see something that related Jesus to the Old Testament God.

Know what I found? Nothing.

At no point did Jesus ever curse anyone (well, he did curse a fig tree but that’s another subject for another time), never plague anyone, and — most of all — never killed anyone. In fact, Jesus only blessed people, helped people, and loved people.

So if Jesus never did any of these things that were ascribed to the Father, either he had to do something to validate these actions or the Old Testament rendering of God was grossly incorrect.

This was the tipping point for me. Jesus became my hermeneutic. He became the lens through which I saw all scripture.

Then the deconstruction began. You can check out the start of my journey here.

I started off with thing such as tithing — why it wasn’t required for New Covenant saints. Then I went on to debunk the theological gymnastics that prohibited women in ministry. Then I hit the motherlode…

And since God is Love and Jesus is God, Jesus must be Love and — wait for it…

Love is God (again, more on this later).

Then, in my search for confirmation bias for my pro-life politics, I was shocked to learn about what God (or Jesus) actually had to say about prohibiting abortions.

In fact, what I learned is that there’s a passage in the book of Numbers that actually gives a prescription for causing an abortion in an unfaithful wife. I also found numerous scriptures where the “god” of the Old Testament actually told His “chosen people” to slay their enemies — even cutting babies out of their mothers’ bellies.

Then when I look at how scripture was canonized — and by whom, and for what purpose — I began to see a pattern of control and manipulation. The very scriptures that people say give life have been used to justify war, genocide, slavery, and paternalism.

Which brings me to my conclusion: The book is just that — a book. It is an allegorical, albeit poor, historical record. It is a collection of stories that attempted to describe an awesome Father; in some cases with reverence and awe and in other cases with a clear interest in controlling population segments.

The book is not inerrant. It is not infallible. It speaks OF God but IS NOT God. While I am grateful for it in that it introduced me to Papa through Jesus and the Holy Spirit, I no longer rely on it. I learned that the letter truly kills but the Spirit, indeed, gives life.

And I’ve decided to run with that. 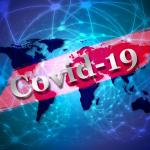 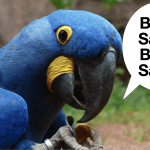 Revisiting Highway 61: All you know...
slacktivist
Related posts from Love Minus Religion