Hemant Mehta’s recently posted a repulsive video by a Saudi family therapist advising men on how to beat their wives. His article reminded me of piece I came upon last week highlighting the literally dozens of Hollywood films spanning the middle decades of the last century that featured a man, usually a husband or boyfriend, taking a woman over his knee and spanking her. Yes, really.

In the 1963 movie Mclintock!, when a young man is upset by the actions of a young woman he barely knows, he grabs her and puts her across his knee, forgetting that her father, John Wayne, is standing right behind him. As the young man reaches back for a wallop, Wayne stays his hand—and puts a small shovel in it. In a moment, Wayne’s daughter is being spanked, yelps and the clangs of the shovel are resounding through the house, and Wayne is smiling and lighting a cigar, happy to share his parental duties.

Days later, the young man and woman are engaged. “I guess this is the only engagement that ever started off with a spanking,” Wayne says when he finds out. But in the film world, it was quite the opposite. Spankings stirred romance all the time. A couple meets; she wrongs the man somehow, and he puts her over his knee. It takes them a while to admit it, but soon they’re in love.

Below is a compilation of some of these moments. Some viewer discretion is recommended, given the content of the clips. The scenes portrayed are not ones in which the woman is consenting, or a partner in some kind of vote. In many of the clips the woman cries out, screams, and begs her assaulter to stop—and all the while the audience is expected to laugh, as though it’s funny.

Onscreen Spankings: A Look at How Films Punished Liberated WomenFrom the early days of cinema up through the 1960s, a spanking was just a routine part of many onscreen romances. With the camera rolling or not, Hollywood studios reinforced the idea that spankings were a healthy part of a woman’s life.

Read about Hollywood’s once prevalent trope of spanking women and watch the entire video here: http://trib.al/LnPXjZk

[Video may take a moment to appear.]

It’s easy to forget how far we’ve come, or that there was a time in living memory when spanking women was considered appropriate and even entertaining. In some of the clips in the compilation above, female child actors looked on as a woman was publicly spanked. What did these girls, and the girls watching in the audience, learn from what they saw? What did these scenes communicate about the relative power between men and women, and about women’s place in the world?

Before entering college, my view of feminism was profoundly negative. I had been raised in a conservative evangelical home and believed that woman’s role in the world was that of homemaker and child nurturer. I believed women were called by God to submit to their husbands. I believed feminism was an attempt to overturn the gender order established by God, and I saw feminists as angry, selfish, unsatisfied man-haters. And then I took a history class that covered second-wave feminism, and read about what life had been like for women before the feminist-driven reforms of the 1960s and 1970s. I was horrified.

Did you know that women were not granted equal access to Harvard’s Widener Library until 1967? I hadn’t. It was deemed that women’s presence would be “distracting” to the male students studying there. I was horrified. The more I learned about the extreme discrimination against women in employment before and during second-wave feminism, among other things, the more incensed I became. It was one thing, I felt, for a woman to choose to be a homemaker, and another thing entirely for her to be forced to be a homemaker. Even before my own personal beliefs on women’s role in the world began to expand, I came to understand why second-wave feminism happened, and to be glad I was growing up now, and not then.

I felt this same horror again when watching the above compilation of spanking scenes. I have become an ardent supporter of equality within marriage, and have long rejected even voluntary female submission, but even so, I can feel the horror I would have felt as a young college student. After all, it’s one thing for a woman to voluntarily submit to her husband, free from any coercion but her religious beliefs, and quite another thing entirely for a woman to live in a world where domestic violence is viewed as an acceptable and even preferable punishment for female disobedience. When I endorsed female submission within marriage as commanded by God, I was signing up for the former, and not the latter.

And finally, when I saw the female child actors present and observing the spankings in the clips, I thought of my own young daughter. I worry about the sexist messaging she receives in our society today, but the idea that it is right and appropriate for men to assault disobedient women, at least, is one message she will not receive—and for that I am more than a little bit grateful. 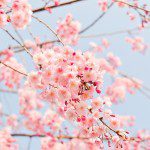 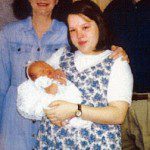 April 25, 2016 The Sexual Predators in Evangelicals' Backyard
Recent Comments
0 | Leave a Comment
Browse Our Archives
get the latest from
Nonreligious
Sign up for our newsletter
POPULAR AT PATHEOS Nonreligious
1

Liberty
Give me liberty or give me death. ---Patrick Henry The author of...
view all Nonreligious blogs
What Are Your Thoughts?leave a comment
Copyright 2008-2021, Patheos. All rights reserved.