Some days I wonder: are the men okay?

A story in two pictures. And yes, he has much worse tweets I don’t want to amplify. And he’s one of many.

(and they wonder why we left the church) pic.twitter.com/g52iIZldfZ

Let’s take a closer look at these two images Jillian highlights in her tweet: 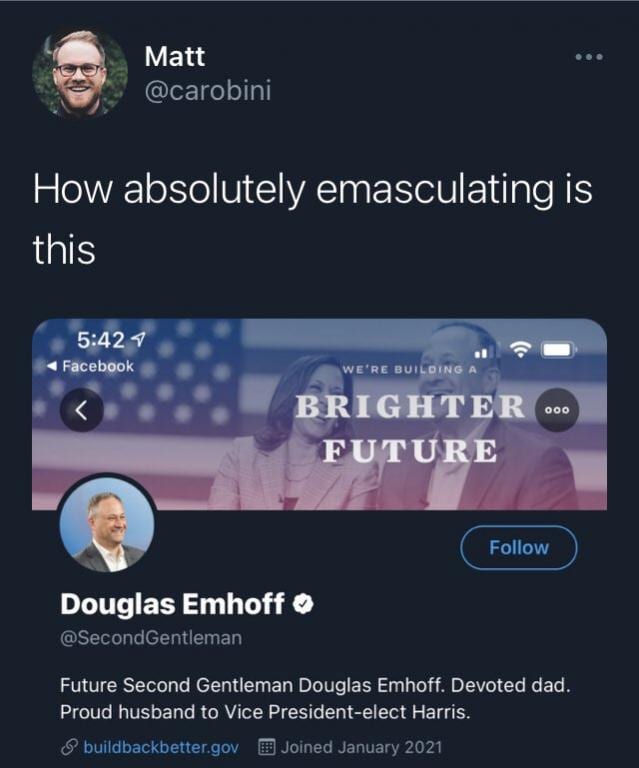 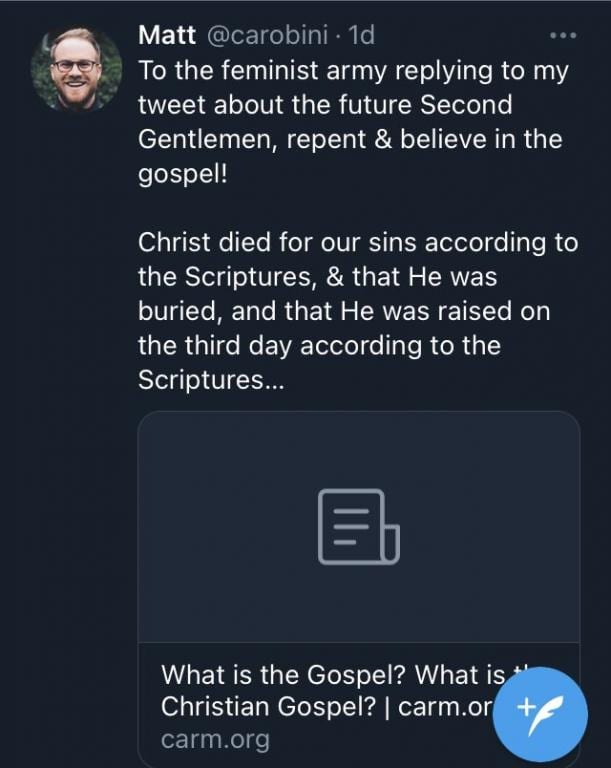 Jillian is right—Matt could not possibly make his gospel look more unattractive if he tried. Why he thinks his follow-up call has even a dream of being effective, I don’t know. But then, Matt strikes me as one of those guys who thinks too much of himself and his intellect, because he reads John Piper.

Men like Matt are so damn fragile. It would be almost sad if it weren’t so dangerous.