It’s not about the economy, it’s about being anti-science

It was never about business or the economy.

The Wisconsin state Legislature is poised to eliminate the only statewide mitigation effort in place against the coronavirus pandemic just as a new, more contagious strain of COVID-19 is expected to become widespread within weeks.

Republicans in the Assembly plan to take up a resolution Thursday passed this week by the state Senate that would end Democratic Gov. Tony Evers’ latest health emergency declaration, which he issued to mandate face masks through March. Its passage would end the requirement.

The effort is leaving health officials scratching their heads.

That’s because removing the mask mandate doesn’t help anyone. It’s not like removing restrictions on inside dining, or gyms, where restrictions absolute do cut into businesses’ bottom line. In this case, having a mask mandate actually helps businesses, as it reduces spread of the virus with very little cost. In fact, consistent mask wearing actively helps workers and business owners feel that it is safe to remain open or work.

“My phone has been ringing off the hook,” Sheboygan County Administrator Adam Payne wrote in an email Wednesday to GOP lawmakers representing his county, including Senate Majority Leader Devin LeMahieu of Oostburg.

“At this time, I don’t understand how this action will help combat the virus, help keep people safe, or help keep our businesses, schools and places of worship open,” Payne wrote.

In April, Republicans frequently opposed health mandates or sought their repeal on the argument that they harmed business. And it’s true! Banning or restricting indoor dining does harm businesses! But, as public health experts were quick to point out, so does the unchecked spread of a deadly virus. The solution was always to provide funding and support to ensure that businesses could meant public health requirements without going under. That, of course, was rarely Republicans’ solution.

But the central point remains: in April and beyond, Republicans have claimed that their opposition to public health measures stemmed from a desire to protect business.  The Wisconsin GOP’s plan to eliminate that state’s mask mandate in a rejection of the state’s Democratic governor shows that it was never about business or the economy: it was about being anti-science, and about naked partisanship.

As this long pandemic year has stretched out, I have increasingly felt that Republicans’ response to the pandemic was governed not merely by the narcissism of the demented populist they had front and center for much of it but also by a widespread conservative disbelief in science and distrust of scientists. You can’t spend years arguing that scientists are faking evidence for evolution, or that climate change is a conspiracy theory, without undermining trust in science and, by default, in public health experts.

I’m not sure which is more potent: conservatives’ ready-to-go distrust of science and scientists, or their knee-jerk reaction to be against anything “liberals” are for—even if that’s public health. Either way, the Wisconsin GOP’s effort to remove the state mask’s mandate, for no real reason, underlines the danger of this milieu. 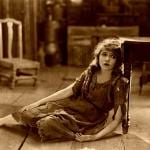