Impeachment Could Have Been a Gift to Republicans

Yesterday, President Trump was impeached for a second time. It feels almost dystopian to write that—like I’mw writing futuristic sci-fi—but such is the world we live in, a world where fascistic civil unrest is mapped onto an out-of-control pandemic causing mass death. What I can’t stop thinking about, though, is the way this impeachment vote offered Republicans a way out—and the way they rejected this gift.

In 2016, as Trump began to prevail in the primaries, many Republican leaders responded with dismay. Essentially every single Republican in office at the time soundly condemned Trump, and warned that he would lead to the ruin of the Republican Party. Oh yes, they changed their tune once he was in office. But now? Today, many of them are 2024 presidential hopefuls. Added to that, Trump has become increasingly unhinged, and last week incited a mob to lay siege to and sack the U.S. capitol.

Only consider: If Republicans had uniformly and overwhelmingly supported the impeachment of the president for his treasonous actions, this public rejection would have been a important first step toward removing the stink of Trump from the Republican Party.

Mind you, I’m not saying this would make up for what the Republicans have done over these past four years in appeasing and aiding and abetting Trump, nor would it erase the fact that Mitch McConnell turned his party into one of obstruction before Trump came on the scene. All I’m saying is that Republicans had an opportunity to reject Trump and move beyond him, and they rejected it.

Oh yes! This was the most bipartisan impeachment in history! This is true as far as it goes. But only 4% of Republicans in the House voted to impeach the president for his actions. 96% of Republicans voted no.

This was a choice.

Given the chance to reject the violence and corruption of Trumpism, Republicans instead chose to roll around in the mire, smearing themselves in Trump’s excrement. That the violence at the capitol last week failed to loosen Trump’s hold on the Republican Party—when he is an outgoing, disgraced president, de-platformed and out of his mind—is and should be horrifying.

The Republican Party is and remains the party of Trump.

In recent days, Democrats have increasingly spoken of Trump’s “big lie”—Trump’s claim that he won (by a landslide!) an election that he soundly lost. Essentially every Republican elected official has been complicit in this lie. For better or for worse, Democrats have largely stood by and waited for things to play out, knowing that Biden will be inaugurated on January 20th. The problem is that many people believed the lie.

Trump has spent years radicalizing his base, and the Republicans have spent longer doing the same, but these last two months have been all of that on steroids, and I fear that we have yet to see the worst of the consequences. And Republicans, through their failure to overwhelmingly reject Trump’s actions, have signaled that they’re 100% okay with all of that. There is truly no line they will not cross. 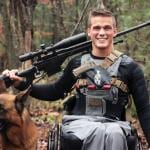