“Liberal” and “Conservative” Have Actual Meanings

This is absolutely nuts:

This is a real thing that just happened in a major American newspaper pic.twitter.com/uQQRe0nHM1

“$20 Says Harriet Tubman Was Conservative,” reads a Wall Street Journal opinion piece by Michael Taube. Taube is, of course, referencing the move to replace Andrew Jackson’s face on the $20 bill with that of Harriet Tubman. “She appreciated the first GOP president and carried a gun,” the byline reads. Which I suppose makes the Black Panthers half-conservative, since they definitely carried guns.

I realize that this is an opinion piece, but major newspapers absolutely should not be publishing opinion pieces that I would give a student an F for if they turned it in in class, due to failure to understand the very basics of history.

Taube is not alone in absolutely mangling terms that have actual meanings. Last week, I saw a Dinesh D’Sousa reference to “liberal” Democrats founding the Ku Klux Klan. Um. No. Absolutely not.

In the late 1800s, Democrats were the conservatives. They were the ones who wanted to conserve traditions and institutions (such as the institution of slavery) and resisted change. Anti-slavery Republicans were manifestly not conservative—in fact, they were called “Radical.” Harriet Tubman was a passionate advocate of giving both Black people and women the vote, which wasn’t exactly a conservative position in the mid-nineteenth century.

But let’s be clear: I’m not playing the game Taube and D’Sousa are playing. I’m not saying these things because they are politically convenient to my side—I’m saying this because words have meanings. And further, it’s also not as simple as if, in the 1800s Republicans were the liberals and Democrats were the conservatives, or some such shortcut. History doesn’t work like that, and nor do political terms.

I mean good grief, have a look at the Encyclopedia Britannica:

Liberalism, political doctrine that takes protecting and enhancing the freedom of the individual to be the central problem of politics. Liberals typically believe that government is necessary to protect individuals from being harmed by others, but they also recognize that government itself can pose a threat to liberty. As the revolutionary American pamphleteer Thomas Paine expressed it in Common Sense (1776), government is at best “a necessary evil.” Laws, judges, and police are needed to secure the individual’s life and liberty, but their coercive power may also be turned against him. The problem, then, is to devise a system that gives government the power necessary to protect individual liberty but also prevents those who govern from abusing that power.

How many conservatives would right that in answer to the question “what is liberalism”? But again: words and their meanings change over time. The Encyclopedia Britannica goes on to discuss “modern” liberalism:

According to modern liberalism, the chief task of government is to remove obstacles that prevent individuals from living freely or from fully realizing their potential. Such obstacles include poverty, disease, discrimination, and ignorance. The disagreement among liberals over whether government should promote individual freedom rather than merely protect it is reflected to some extent in the different prevailing conceptions of liberalism in the United States and Europe since the late 20th century. In the United States liberalism is associated with the welfare-state policies of the New Deal program of the Democratic administration of Pres. Franklin D. Roosevelt, whereas in Europe it is more commonly associated with a commitment to limited government and laissez-faire economic policies (see below Contemporary liberalism).

I’m not a political scientist nor a historian of politics, so I’m not going to try to parse these things out. But suffice it to say, it’s complicated! Words like “liberal” and “conservative” have actual meanings, and aren’t merely insults. I really, really, really hate the way the Right treats history as nothing but a battlefield for a game of “gotcha.” 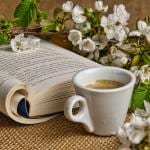 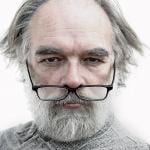