Have you heard the latest about Madison Cawthorn? It turns out that when he spoke at a Turning Point USA event on December 21st, he said the following:

Madison Cawthorn is a freshman member of the U.S. House of Representatives. He’s 25 and is considered a rising star within the Republican Party.

He’s also a liar and an alleged serial sexual predator.

Madison Cawthorn was also homeschooled, and attended Patrick Henry College. You know, the college founded by Michael Farris to train homeschool graduates to retake the country for Christ through gaining control of both the political system and cultural institutions.

I was homeschooled, and while I didn’t attend Patrick Henry College, I knew people who did, and I attended a summer camp there, taught by Farris himself. Propelling conservative Christian homeschool graduates into politics was Farris’ driving passion.

This, apparently, is the bounteous result of the conservative Christian homeschool movement: a man who preys on women and urges fellow conservatives to “lightly threaten” their representatives by saying “I’m coming after you.” Cool cool cool.

What a train wreck.

Of course, Cawthorn isn’t the only homeschool graduate to make headlines in the Republican Party in recent months. There’s also Jenna Ellis, an attorney who was apparently fired from her position as county prosecutor (a situation she lied about, among other things) before joining Trump’s legal team and working to overturn the election. And last week’s insurrection at the capitol doesn’t appear to have changed Ellis’ mind in the least:

Every Christian should be profoundly grateful to President Trump and Vice President Pence for standing firm for pro-life, pro-religious freedom, and pro-family over the past four years.

Perhaps unsurprisingly, Ellis bills herself as a constitutional law attorney despite having zero experience in that area. (White House Communications Director Alyssa Farah was also homeschooled, while we’re on the subject—and we all know how truth the White House is.)

The further I get from my experience being homeschooled, the more I’m convinced that children need to have access to a diversity of ideas and role models growing up. Raising children in an ideological bubble—while teaching them, as homeschooling parents often do, that they are the best of the best and everyone else is a mindless sheep—is not okay.

I have spent a decade and more unlearning the lessons I learned while I was homeschooled. But then, I’ve never been on autopilot. I have always been open to grappling with contrary information. When I went to college and finally had access to such information, I engaged with it. I did so first because I was convinced that what I’d been taught was true—and that contrary information was therefore not threat—but later because I realized I’d been lied to. That I’d been fed simplistic canard that didn’t reflect reality.

I’d like to finish this piece by reminding readers that Cawthorn called on conservatives to “lightly threaten” their lawmakers. I’d like to imagine that he’ll face consequences for this, but I’m not convinced he will—even if Congress were to censure him for it, would his voters care? Or would they take his remarks as a good thing? Owning the libs and all that.

This world we live in is a dark one indeed. 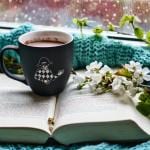 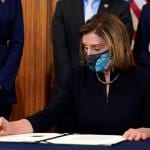