“So Your Problem with Christianity is the Jesus Parts?”

So it turns out that the Christian Right’s emphasis on being “macho” and “manly” fits rather unevenly with many things in the New Testament. At least, that’s what I’m gathering from this tweet:

False. It’s not the Christianity that’s the problem. It’s America’s soft, watered down, “turn the other cheek” version of it. Biblical men were warriors. Today, America’s pastors will lecture you about “white privilege” from the pulpit.

After a pseudonymous twitter user suggests that conservatives remove religion from their governing principles, right-wing radio host Jesse Kelly responds with this bizarre mess of words:

“False. It’s not the Christianity that’s the problem. It’s America’s soft, watered down, “turn the other cheek” version of it. Biblical men were warriors. Today, America’s pastors will lecture you about “white privilege” from the pulpit. Barf.”

This has me utterly fascinated. It’s true that the Old Testament has a lot of “warriors” in it, though I don’t think they’re nearly as central as Kelly seems to think—David holds far less purchase in Judaism that Moses (who was not a warrior), and a lot of Old Testament figures with prophets, who did things like hang with the birds. But the New Testament? When one of the disciples tires to protect Jesus from arrest with a sword, Jesus tells him off.

“You have heard that it was said, ‘Eye for eye, and tooth for tooth.’ But I tell you, do not resist an evil person. If anyone slaps you on the right cheek, turn to them the other cheek also. And if anyone wants to sue you and take your shirt, hand over your coat as well.”

Kelly can’t erase this passage from the Bible just because he doesn’t like what it says. Frankly, passages like this should prompt people like Kelly to consider whether they maybe have misunderstood the core principles of Christianity.

The Gospels are full of praise for the humble and meek, and criticism of authority figures and of the rich or powerful. And it’s not just the gospels—nowhere in the New Testament are Christians urged to fight, or to use violence. There is no praise of “manliness” or aggression. The people in the epistles are people like Priscilla and Aquila, who made leather tents before becoming missionaries, or Lydia, who used her wealth to clothe the poor. These people weren’t warriors—and they didn’t get all butt hurt about whether people were “soft.”

I mean gracious, have a look at I Corinthians 13:

4 Love is patient, love is kind. It does not envy, it does not boast, it is not proud. 5 It does not dishonor others, it is not self-seeking, it is not easily angered, it keeps no record of wrongs. 6 Love does not delight in evil but rejoices with the truth. 7 It always protects, always trusts, always hopes, always perseveres.

8 Love never fails. But where there are prophecies, they will cease; where there are tongues, they will be stilled; where there is knowledge, it will pass away. 9 For we know in part and we prophesy in part, 10 but when completeness comes, what is in part disappears. 11 When I was a child, I talked like a child, I thought like a child, I reasoned like a child. When I became a man, I put the ways of childhood behind me. 12 For now we see only a reflection as in a mirror; then we shall see face to face. Now I know in part; then I shall know fully, even as I am fully known.

13 And now these three remain: faith, hope and love. But the greatest of these is love.

This doesn’t exactly sound like an endorsement of Kelly’s warrior Christianity. Rather the opposite.

Rejoice in the Lord always. I will say it again: Rejoice! Let your gentleness be evident to all. The Lord is near. Do not be anxious about anything, but in every situation, by prayer and petition, with thanksgiving, present your requests to God. And the peace of God, which transcends all understanding, will guard your hearts and your minds in Christ Jesus.

Finally, brothers and sisters, whatever is true, whatever is noble, whatever is right, whatever is pure, whatever is lovely, whatever is admirable—if anything is excellent or praiseworthy—think about such things. Whatever you have learned or received or heard from me, or seen in me—put it into practice. And the God of peace will be with you.

Has Kelly ever even read the Bible?

How about Galatians? Here’s Galatians 5:

22 But the fruit of the Spirit is love, joy, peace, forbearance, kindness, goodness, faithfulness, 23 gentleness and self-control. Against such things there is no law. 24 Those who belong to Christ Jesus have crucified the flesh with its passions and desires.25 Since we live by the Spirit, let us keep in step with the Spirit.26 Let us not become conceited, provoking and envying each other.

That rings far more “soft” than it does “warrior.”

I’ll stop now, but again, I’m trying to figure out what Bible Kelly is reading, because it’s definitely not the regular one. The vast vast majority of men in the Bible were manifestly not warriors.

So your problem with Christianity is the Jesus parts? https://t.co/IrEXQFrSd9 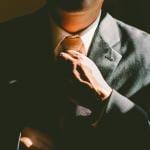 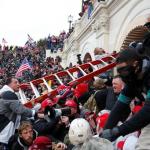