Um. You guys. This happened.

A man does not release a private conversation he has with anyone. That’s part of being a man. Democrat, Republican, Trump, anti-Trump, none of that matters.

Here it is again:

A man does not release a private conversation he has with anyone. That’s part of being a man. Democrat, Republican, Trump, anti-Trump, none of that matters.

I don’t think this is just about Kelly finding a way to be angry at Georgia Secretary of State Brad Raffensburger for releasing the damning phone call—although it is clearly about that.

I think there actually is a “man code” not to release the content of private conversations (although it should be noted that this hardly counts as “private”), just like there’s a “man code” against showing any sign of vulnerability, or discussing emotions, or asking for help. The “man code” Kelly mentions is real—and it’s toxic.

One of the reasons Trump has found purchase among so many is that he plays into a lot of ideas in our society about how men are supposed to act: confident, hard-charging, brash, demanding, tough, aggressive, never showing weakness—never saying “I’m wrong” or “I’m sorry” or “I made a mistake.” Constantly projecting aggressive, masculine confidence.

In this context, honoring the “man code” can become more important than revealing others’ malfeasance. And that’s a bad thing. All of this is a bad thing! I don’t think for a moment that Trump would have gotten where he is without the aid of toxic masculinity—machismo.

Again, this is bad! These ideas about masculinity are bad. Somehow, these ideas took us to a place where hiding a president’s threats and attempts to overturn an election is the manly thing to do. I don’t like this place. And there are all sorts of other effects of these ideas—reporting workplace harassment or malfeasance becomes unmanly, for example.

This is not great! These ideas are bad. 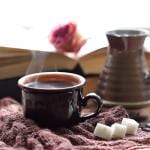 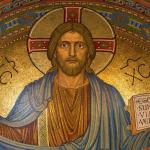 January 6, 2021 "So Your Problem with Christianity is the Jesus Parts?"
Recent Comments
0 | Leave a Comment
Browse Our Archives
Related posts from Love, Joy, Feminism