Last week, the WSJ published an op-ed by a man arguing that Dr. Jill Biden should not use the title “Dr.” because she is not an MD. “A wise man once said that no one should call himself ‘Dr.’ unless he has delivered a child,” he wrote, thus tying men’s titles and authority to women’s labor in what has to be both the most literal and the most tone-deaf way possible. He also called Dr. Biden “kiddo” despite being only 14 years her senior.

The op-ed has, of course, been widely panned.

only in America can a white guy without an advanced degree write an op-ed telling a woman doctor to not use her title in public because she's not an MD. that's the "american dream" at work

Dr. Biden has her doctorate in education and is perfectly within her rights to use that title. The title “Dr.” actually originated in academia; a doctorate was the degree that entitled one to teach. Indeed, the title was only adopted by medical practitioners hundreds of years later. Perhaps unsurprisingly, the idea that only MDs have the right to go by “Dr.”—and not academics who have earned doctoral degrees—is wrong on every possible level.

But enough with this particular individual and his godforsaken op-ed! This is not the first time this conversation has happened and it won’t be the last. I’m interested in why these conversations happen, and that has to do with authority and power and who is (and isn’t) allowed to wield it. Because that’s what titles grant—authority.

Seeing the furor over titles crop up again (as it does from time to time) reminds me of something I noticed when I was at graduate school. When graduate students in my department taught classes (as graduate students often do), the male students tended to go by their first names with their students while the female students preferred to go by Ms. Lastname. The breakdown wasn’t perfect, but it was striking nonetheless.

We live in a world where men are granted authority automatically, but women have to claim it. In that world, a man who drops formalities and goes by his first name risks far less than a woman who does the same.

As more women earn and use the title “Dr.,” there will be those like our unfortunate WSJ opinion writer who seek to devalue the term. That’s how these things work: women enter a lucrative career in hopes of obtaining a greater level equality; salaries in that field drop. More women earn doctoral degrees; men devalue doctoral degrees.

God forbid women make good money—god forbid women have a title that confers authority—it’s the same sad old story of sexism and patriarchy that never seems to end. But that’s why it’s important to push back. 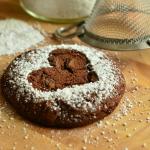 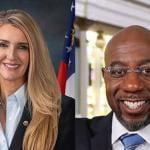