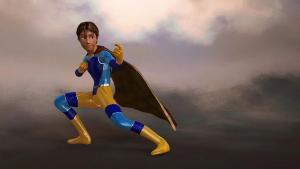 Everyone loves a superhero story. The world is in imminent danger of either being destroyed or overcome by evil and the hero rushes in to save the day. By virtue of superhuman strength and moral fortitude, the world and humanity lives on until the next crisis mounts.

In his book, “The Hero’s Journey,” Joseph Campbell outlines what is commonly known as the “monomyth,” or a story template that involves a hero who goes on an adventure, overcomes a crisis, and returns changed or transformed.

Sound familiar? It should. Because this is the archetype of the Jesus narrative.

Here’s the problem — and it begins, interestingly enough, in the bible. In Genesis, chapter 3, Adam first blames Eve then blames God for eating the forbidden fruit. It’s human nature (mostly) to “pass the buck.” It’s easier to pass responsibility for a transgression than to accept responsibility for it.

Abrogating our responsibility demands our need for a hero. Or a savior.

If you look at humanity through the lens of the bible, we were screwed. “Original sin” separated us from our loving creator and doomed us to the introduction of sickness, suffering, and even death.

Throughout the chapters of biblical history, heroes emerged. Noah, Abraham, Isaac, Jacob, David, Solomon all appeared to whet the appetite of humanity for a global rescue mission. Then you had the prophets, Eli, Samuel, Nathan, Elijah, Elisha, Ezekiel, Jeremiah, and Isaiah came forth as heralds of our impending salvation.

Then an elaborate game of connect-the-dots ensued and along came Yeshua Bar Yusef.

Yeshua was supposed to be the guy who would end Jewish oppression once and for all. He was the prophesied messiah who would put all Israel’s enemies under their feet. He would destroy the Romans and end their occupation and finally rid the land of those pesky Samaritans. He would restore all the religious rituals to their former glory and bring a much needed era of peace and freedom for all of Israel.

Yeshua did none of these things. Indeed, he focused his teaching on showing people they were never separated from source (the Father) and that the power to reshape our reality was already in us. Yeshua demonstrated miracles of healing, feeding, overcoming natural phenomena and resurrection.

He was the first-century equivalent of a superhero. What was really cool is that he taught others how to be superheroes, too!

Yeshua reminded his audience that the Kingdom of God (the power of creation) dwelled within themselves. Mind you, this was all socialized with folks before his crucifixion and resurrection, meaning none of them were “saved” as religion teaches. When Paul (whom I detest) wrote, “the same power that raised Yeshua from the dead dwells in us,” it was an attestation to the superhuman power baked into humanity.

As fate would have it, since Yeshua did not provide the people with the militant messiah they demanded (after all, he was a man of peace), they brought a railing accusation against him that even the Roman empire did not want to pass judgment on.

Instead, they left that job to religion. Let me stop here and say that if humanity ever needed saving from anything, it’s religion. The bible got it wrong about the love of money — I believe religion is the root of all evil.

So Yeshua stood accused, was tried, found guilty, and sentence to death. On the way though, as if to accentuate a point, the religious leaders had him flogged unmercifully.

I’m sure that, at this point, Yeshua wished Superman would swoop in and save him. Well, if he wasn’t into comic books, I’m sure he hoped his Father would step in and rescue him. Instead, adding insult to injury, he was nailed to a cross where he subsequently died.

This, after he actually did ask why his hero had forsaken him. It looked like our hero lost the fight. Stay with me, though, because this is where it gets interesting.

After his death, Yeshua was buried and, after three days, he was resurrected. By this measure, he had completed the hat trick. He hit for the cycle. He nailed a triple-double.

He emerged from the clutches of death. Now, if he was the savior that the Jews were looking for, this was the time to hang his foot in the collective posterior of the Roman empire. Because, you know, “with great power comes great responsibility.”

Now, the common christian narrative is that Yeshua fixed everything that Adam broke. But as I mentioned earlier, “original sin” ostensibly brought sickness, suffering, and death. Yeshua didn’t fix any of this. The common interpretation is that Yeshua repaired us spiritually but left our physical state “as-is” because we live in a “fallen world.” That said, “salvation” was not the main focus of Yeshua’s teaching; understanding who we are, was.

By this measure, Yeshua is a failure as a superhero. Matter of fact, folks were left to suffer by an even greater order of magnitude until Jerusalem was sacked in 70CE. He had just one job — restore the failure of Adam.

Imagine if Superman only addressed our spiritual issues. Suppose the Avengers only took on property damage but left humanity in disarray. That wouldn’t make for good superhero movies, now, would it?

What if Yeshua simply was a guy who had his physical and metaphysical stuff together? What if he was showing humanity how religion disempowered and enslaved us? What if his teaching was simply to show us how to dovetail our divinity with our humanity in such a way that we could perform supernatural (superhero-like) exploits?

If this were the case — and was properly chronicled — imagine the things we could accomplish!

Here’s my point — we don’t need a hero. And here comes the real heresy: we don’t need a savior. What we need to learn is that all we need is in us. We are equipped from the factory with every option necessary to live fully-formed, divine human lives.

I think Yeshua wasn’t illustrating the need for a savior but how we never needed one.

If we start with taking Yeshua out of the superhero narrative, it will mitigate our need or desire for heroes and cause us to see ourselves as our own hero and, ultimately, our own savior.

April 20, 2021
Recent Comments
0 | Leave a Comment
Browse Our Archives
get the latest from
Love Minus Religion
Sign up for our newsletter
POPULAR AT PATHEOS Progressive Christian
1 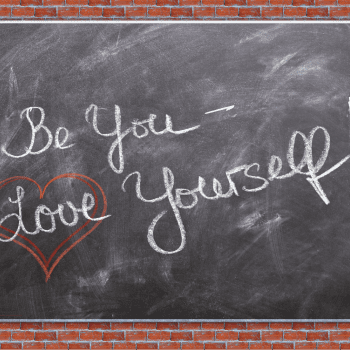 Progressive Christian
Self-Love — The Greatest Love of All!
Love Minus Religion 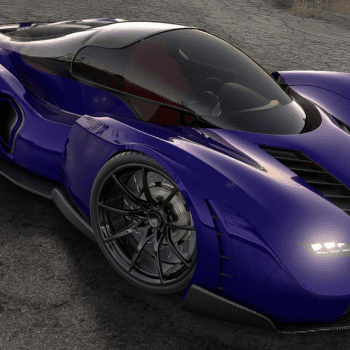