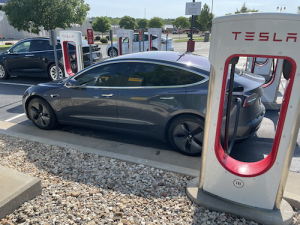 I have long supposed that if marketing companies would study my wife, they’d have all they need to sell all they have.

Case in point, electric vehicles (EVs). My wife hates them.

Unlike many EV adversaries, though, she has some data points — her husband (yours truly) has had one for the last six months.

Now, before I get into her dislike of EVs, let me say I love mine. It’s a Tesla Model 3, and — in my humble opinion — is the best car I’ve ever owned. It’s unbelievably quick, eerily quiet, handles like a go-kart, and is chock-full of some of the most impressive tech to be engineered into a car.

That said, she resisted driving it until last week. She had an appointment and my sons had already taken our other two vehicles. And since I was booked solid with meetings, I was unable to drive her.

Even though my wife is very tech-savvy, she doesn’t trust that Tesla’s cars are inexorably connected to Elon Musk’s mothership. Tesla is able to constantly improve their software by making their cars telematic (vehicular operating) data ingestion points. They are also able to push content to their vehicles — with or without your consent. Telematics also implies at least a little “big brother-ism;” that Tesla always knows where it’s cars are and how they are driven.

One of the big reasons people resist buying EVs is range anxiety and the lack of a public charging infrastructure. Tesla solves the former for us, at least, with over 300 miles of range. They also cover the latter with the nations most extensive charging network. In August, my sons and I took a road trip from Tulsa to Houston and back and only had one “power scare” while visiting my brother — we had to charge overnight on standard 110v power to make it to a supercharger station.

But for my wife, there’s more. And this is where the EV makers are going to have to step up their game: the visceral experience. One of our other vehicles is a full-sized, V8-powered SUV and the other is a V8-powered German convertible. Both have throaty exhaust notes. The SUV is not what you would call “good-handling” but its agility is akin to an NFL-lineman who can dance. The convertible is the typical sporty-car experience, adding great handling and acceleration to match the aural symphony of mechanical noises.

Her assessment was that driving the Tesla was like a convergence of really powerful golf car and video game. She said it had no soul.

Pause and consider that.

One of our favorite cars was our Porsche 911. In normal driving, it was as docile as a Toyota Camry. But, according to the wife, you knew you were piloting something with potential. It was also very rewarding to the good driver but could easily bite the novice. It was the fact you had to respect it that made it interesting to drive, according to her. Her take is that the Tesla can never “bite back;” she recognizes the superiority of the tech but it doesn’t make her feel confident or in control.

To add insult to injury, my wife said the Tesla experience ranked below our old Chrysler minivan.

Let me say, for the record, I disagree with her assessment. The gearhead in me loves the acceleration and handling and the geek in me loves the technology. However I get where she’s coming from. And there are some manufacturers, like Porsche, who are engineering EVs that aim to address the elusive “soul” aspect of driving.

We are at a point in history where information should be more highly valued than superstition. That logic and reason should supersede faith and religion.

The problem is that faith feels good. Faith provides and adequate placebo for the pains of life. Faith enables humanity to kick the can of responsibility to the afterlife and to abrogate responsibility for our lives to a magical sky-daddy.

Science and technology have improved our lives. We live longer, are healthier, and have more creature comforts than at any time in history. Unfortunately, we still wrestle with poverty, plagues, hunger, and homelessness — this is where religion fools into ignoring these problems by assuming some mythical deity will take care of these issues. Religion assumes “the poor will be with you always” instead of dealing with the problem.

You see, the technology avails us nothing if we lack the will to use it for the greater good. Human advancement needs to be reshaped to be as high-touch as it is high-tech. Faith may feel good but it helps nothing. We need to remodel our thoughts to see that it is possible for logic and reason to fill the void that the elimination of faith and religion leaves behind.

Embracing what truly advances us has the ability to actually make us feel better as we learn to think better.

Derrick Day is the author of Deconstructing Religion and the host of The Forward Podcast.

November 24, 2022 Thanksgiving...and Empathy
Recent Comments
0 | Leave a Comment
"Eve not putting the dirt on her face had me loosing my patience too geezfh.YIBIN.INFO/q4730y"
Forever_Prey EVs…and Faith
"This is not really about faith but about morality (greed, corruption, apathy and inertia). We ..."
Jay Feldman EVs…and Faith
"I have been a hot-rodder and have went to NHRA events in the past and ..."
Jerami GWG EVs…and Faith
"Would French kissing, which involves an exchange of bodily fluids, elicit an ick also? (I'm ..."
David Peebles Spit In Your Face
Browse Our Archives
Related posts from Love Minus Religion 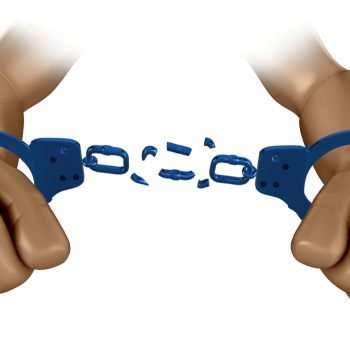 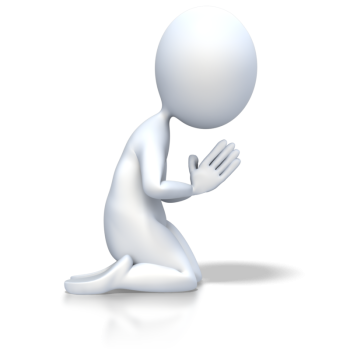 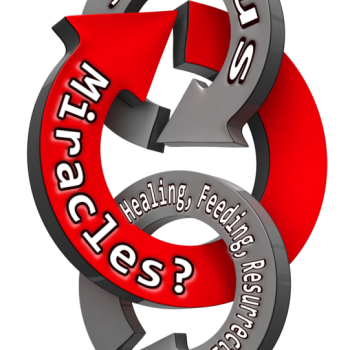 Nonreligious
Where Are the Miracles?
Love Minus Religion
TRENDING AT PATHEOS Nonreligious