Free Babalon. Let Her Be More Than The Goddess Of Male Entitlement

Free Babalon. Let Her Be More Than The Goddess Of Male Entitlement October 4, 2020 Katie Gerrard

For many years, I mostly ignored Babalon. She never felt like “mine”. I’m an empowered woman who enjoys sex and ritual. Almost two decades ago, I worked on a telephone sex line. I always felt like the goddess of whores and non-traditional women should have appealed to me.

Yet she always felt distant, I couldn’t connect with what she represented.

This summer I started a project putting together an anthology of sexual women within spirituality (you can find out more about it here, like most things I do it’s percolating at its own speed)

I decided to take this opportunity to learn more about and connect with Babalon.

My journey started by opening the energy channels to her within my life, reaching out for the universe to help me find ways to get to know her.

As usually happens when I become interested in a deity, I started meeting people who worked with Babalon.

I called out to Babalon expecting empowered women, and instead found a whole heap of entitled men. The kinds who “love women” and “are feminists” but who don’t seem to understand sexual women are multifaceted human beings who exist as more than archetypes.

Why does the goddess who rode the beast attract such misogynistic losers?

I’ve worked with sex goddesses before. One of my patron deities is Freyja. I like to joke she’s the goddess of f*cking and fighting. Sex is completely within her remit.

Why then are so many male Babalon worshippers such trash?

I fully embrace the joy of sexual womanhood. I think women should be free to have sex without needing to explain or be judged.

The lessons of Babalon’s ability to love unconditionally, without judgement, and without shame are beautiful ones. As a sexual woman they speak to me.

I want to be free to love, to f*ck, and be fabulous.

Why shouldn’t sex be part of my magickal journey?

You would think men who worked with Babalon would hold women and sex in honour; that they would see the divine in the women they have sex with.

This didn’t seem to be my reality.

Instead of all the respect and reverence I anticipated, the men I met who adored Babalon mostly used her presence as an excuse to use women. They viewed my emancipation as their commodity. A vessel they were entitled to.

Confused, I did a little research.

It seemed I wasn’t the only person who was finding this. Everywhere I expected to find a word weaving man who adored feminine power, there was an under-washed and oversexed man with an inflated sense of his own worth when it came to sexual attraction.

Not only was Babalon used to excuse misogyny and the de-humanising of sexual women, I found this extremely distressing example of abuse and systemic cover up by Sister Georgia.

It also became clear objectifying sexual women within the occult was not only associated with Babalon. Scarlet Magdelene writes a wonderful piece here.

I asked a few Thelemic minded friends and they spoke of a Crowley quote which suggests the Scarlet Woman can be a far better magickal tool if she knows nothing of the intent of the ritual.

That’s concerning in the early 20th century, but now we’re a hundred years on and our understanding of consent is (at least supposed to be) far greater.

Can anyone truly believe, in 2020, that not gaining consent for using a woman’s energy for sex magick is acceptable?

Or that directing magickal intent is better when only one person knows what’s happening? It’s almost as though these entitled ritual magicians are seeing woman as not being as magically competent as men.

Then I found The Eloquent Blood by Manon Hedenborg White which gives a slightly more feminist retelling of Babalon.

In it she talks about Crowley’s views on women which are basically rather disappointing for a man who believed everyone was a star. It turns out he believed women couldn’t understand magick and were led by their moods unless led and taken charge of by a man. Their star was different to that of men’s.

He thought women as passive and men as active. A woman could be trained to assist a man with his work by allowing herself to be filled by him. Except how can we use the word ‘allowing’ when she isn’t told what’s happening? ‘Allowing’ suggests consent which I feel is severely lacking.

I guess that explains a lot of the reason Thelemic men can worship Babalon yet treat all the sexual women in their lives like lesser beings.

It’s literally in the teaching.

And yet, it’s entirely possible to see Babalon in a completely different light, DH Lawrence’s version for example.

It’s also possible to look at an author and realise some of what they create is problematic and ‘of its time’. Take Dickens, we acknowledge and reject his antisemitism whilst still seeing the importance of the other social commentary in Oliver Twist. Steiner schoolteachers recognise the abhorrent views Rudolph Steiner had on race and openly reject them.

So why are Thelemic men not publicly rejecting Crowley’s views on women?

Dare I say, because it suits their worldview. I’m going to start with a ‘Not All Men’ here because I know some amazing Thelemic men, but let’s face it many male ritual magicians enjoy their feeling of superiority. They enjoy feeling more evolved than others.

It makes sense then, that their revelling in their higher being status leads them to also get a kick out of thinking they’re superior to women, especially those they view as attractive, intelligent, and frankly intimidating.

I watch men obsess over and fetishize sexual spiritual women. They believe they’re worshipping them, but the reality is they want to overpower.

They want to tame them and fill their vessel, make those amazing women their tools. They’re overpowering lust is not worship, it’s fear. Their desire is to own and disempower. That’s not chivalrous love, it’s screwed up sexual aggression.

Did they read a different Bible quote to me?

Because in my version, Babalon tamed and rode the beast.

That’s how we empower the whore. We raise her and see the beauty and power within her sexuality. Not fill her with our own essence, marking territory like a dog and reducing her to a vessel.

My Babalon rides the beast. She isn’t a fetishization of the male ideal of tameable sexual power.

I’m taking her back for powerful, sexual women everywhere. Those who sit equal to men.

You can worship my Babalon, but you will not fill me with your overpowering stench of entitlement. You’ll recognise my power and watch it sing in harmony with your own, raising both our energies and creating beauty and strength in our union.

Sexual occult women are not your Babalon. They are their own beings, treat them as such.

This is my call.

I’m writing as an outsider looking in. I never felt ritual magic was right for me and in many ways now I understand why. I would have lasted five minutes within a lodge before I started asking questions and demanding the systemic misogyny was dealt with.

If you’re inside, start fires. Do better.

Show me I’m wrong. Tell me about the men who enjoy Babalon taming the beast. Call out Sister Georgia’s treatment as abhorrent and not in your name.

Take Babalon and Thelema back from the superior entitled men who are spoiling it and filling my goddess’ vessel with their de-humanising behaviour.

She belongs to us too. 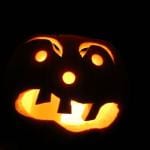 October 3, 2020
Lockdown Halloween Will Help Me Reconnect With the Spirit of the Festival
Next Post 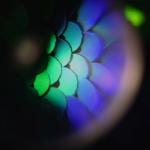 October 7, 2020 We Need To Dance!
Browse Our Archives
get the latest updates from
Manic Pagan Dream Grrl
and the Patheos
Pagan
Channel
POPULAR AT PATHEOS Pagan
1

The Cruelest Useful Gift
Every tchotchke on my altar has a feel-good story behind it. All...
view all Pagan blogs
Copyright 2008-2021, Patheos. All rights reserved.