The priests of Dachau

While it’s absolutely true – and shameful – that the Jewish people were the focus of Hitler’s “Final Solution,” to rid German-occupied countries of what he considered the undesirables, Jews were not the only ones persecuted by the Nazi regime. Catholics were, too, and I don’t want that to be forgotten.

Yes, I’m remembering the six million Jews annihilated by genocide in the Holocaust, but I’m remembering the thousands of Catholics annihilated by the Nazis as well. In particular, I’m thinking of Dachau, and the Catholic priests who had been imprisoned there. I knew – still know, I suppose – one of the priests who had been imprisoned and suffered there at the hand of the Nazis.

But first a little historical background.

As the Nazi Party gained strength since Hitler’s 1933 appointment as Chancellor of Germany, the party increasingly eyed the Catholic Church as a threat to the unfolding of it’s campaign. The Church has been frequently criticized for it’s seeming indifference to the dangers of the Nazi ideology, but this is not true. While some Catholic may have looked the other way out of fear or ignorance, the majority did not. In fact, many thousands of Catholic men, women, and children died in concentration camps, SS and Gestapo torture chambers, or in villages across Europe for opposing the Nazis.

In order to eradicate all opposition, the Nazis began to systematically bring all of German culture, including religious practice, politics, and even daily life into allegiance with the Nazi ideology. The most effective way, in the case of the Catholic Church, was to go after its leaders – laity and especially clergy.

Here’s what Martin Bormann, head of the German Chancery, wrote in a June 6, 1941 memo:

More and more the people must be separated from the churches and their organs the pastors . . . Just as the deleterious influences of astrologers, seers and other fakers are eliminated and suppressed by the State, so must the possibility of church influence also be totally removed . . .

The Nazis used unthinkable and devious tactics to remove the Church’s influence, arresting and executing priests so that they would no longer be capable of ministering to their flocks. Churches, seminaries, and convents were closed. Just as the Final Solution became more efficient to implement in the concentration camps, so did the removal of Church influence.

Priests. seminarians, and lay brothers were sent to Dachau, where the Nazis held their most hated political enemies. They were starved, beaten, physically and mentally tortured, underwent medical experimentation, and worked near to death (or all the way to death). The number of lay brothers and seminarians is uncertain, but it’s known that 2,579 priests were sent and 1,034 of them died.

[It’s important to note that thousands of Catholic priests died in other concentration camps as well – Auschwitz, Sachsenhausen, Mauthausen, and Buchenwald.]

It surprises and saddens me that so few people know about this, not even the tour guide at Yad Vashem who led us through the Jewish Holocaust Museum when I was there in May, 2014! She was an excellent guide, truly, and I really liked her. But as she showed us the artifacts and told us about the various concentration camps, I noticed that she didn’t mention Dachau, so I asked her about it.

“Dachau?” she said. “Dachau is nothing. That’s just where they kept some political prisoners.”

I have to admit that I got a bit (more than a bit) irritated by this. I explained to her about the priests – how they were brutalized, starved, experimented upon and how more than a thousand of them died.

What’s more , I explained that one of the priests of Dachau blessed me and consecrated me to the Blessed Virgin Mary when I was a year old, and that his cause for canonization is ongoing at the Vatican. I told her that he’s the founder of the worldwide Catholic lay movement  to which I belong, and that his teachings and intercessions have saved my life. I told her he’s one of the most important people in my life. His name is Fr. Joseph Kentenich (1885-1968), and he is the founder of the Apostolic Movement of Schoenstatt.

The guide’s eyes flew open wide in astonishment. “I never knew!” she said.

Fr. Kentenich survived Dachau, but there are thousands more priests who did not make it out of the camps alive. Some of them were Schoenstatt priests, the others not. They, and the countless lay brothers and seminarians deserve to be remembered along with all of the victims of the Holocaust – Jews and Christians alike.

Pope Francis said it best during his emotional address when he visited Yad Vashem this past May 26:

Remember us in your mercy. Grant us the grace to be ashamed of what we men have done, to be ashamed of this massive idolatry, of having despised and destroyed our own flesh which you formed from the earth, to which you gave life with your own breath of life. Never again, Lord, never again! “Adam, where are you?” Here we are, Lord, shamed by what man, created in your own image and likeness, was capable of doing. Remember us in your mercy.

“Catholic Martyrs of the Holocaust” by Matthew Bunson

“The Persecution of the Catholic Church and the Priests of Dachau,” edited by Pauly Fongemie 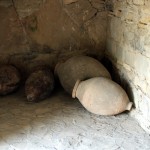 January 29, 2015 Three reasons why Pope Francis is right on in changing the Pallium ceremony
Recent Comments
0 | Leave a Comment
Browse Our Archives
Related posts from Catholic to the Core 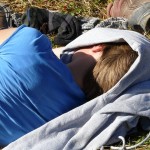 Catholic
Feeling Humdrum? Five Essentials of Getting - And...
Catholic to the Core
TRENDING AT PATHEOS Catholic