5 Reasons to Honor Mary This May 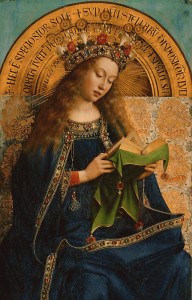 It’s been a long-standing Catholic tradition to honor the Blessed Virgin Mary during the month of May. In most Catholic churches (and even in many Catholic homes), a “May Altar” is erected with a statue or picture of Mary, flowers, and perhaps candles. The altar stands from May 1-31 as a reminder of Mary’s importance in the life of the Church and in our own lives as well.

Additionally, many Catholic churches and families hold a “May Crowning,” presenting Mary with a crown made of blossoms or other hand-crafted materials to signify her queenship as the mother of Christ, the King. I’ve even seen some crowns made of glistening metal and synthetic jewels.

Why is the entire month of May given to the honoring of Mary?

The tradition dates all the way back to the ancient Greeks who dedicated the month of May to Artemis, the goddess of fecundity. Romans also claimed May to honor Flora, the goddess of bloom or blossoms. They celebrated “floral games” at the end of April and petitioned Flora’s intercession for all that blooms. In medieval times, a tradition arose of expelling winter at this time of year, since May 1 was considered the start of new growth.

It was during the Middle Ages (eleventh century) that the idea of giving the month of May to Mary began with an old tradition, the “Thirty-Day Devotion to Mary”, which was originally held August 15-September 14. During the month, special devotions to Mary were organized, and this custom, which began in Italy eventually spread elsewhere.

Although we don’t see Mary as a goddess of any sort – Catholics do not worship Mary, we honor, or venerate, her as Jesus’ mother – we’ve adapted the early Greek and Roman customs of honoring important women in their religions by honoring the most important woman in our religion: Mary.

Fine. That’s why Catholics in general honor Mary during Mary, but why should you  honor her?

Here are five reasons why it makes sense for you to honor Mary this month.

1. Mary is Jesus’ mother. She is the instrument of the Incarnation and her yes, or fiat, made it possible for our Lord to become the God-Man who was Crucified for our salvation.

2. She is the first and most perfect disciple. Mary was the first to hear the Good News, and the first to follow Christ. Her entire life was devoted to him and assisting him, in whatever way she could, to carry on his mission. Unaffected by Original Sin, she was able to perfectly open herself to God’s will.

4. She loves you more than you can ever imagine. If she didn’t, would she have endured the horror of seeing her Son tortured, scourged, crowned with thorns, carry the Cross to Calvary, and die a gruesome death on it? She did it for you, for all of us, because she understood that Jesus’ Passion and Crucifixion was the only way to your (our) salvation. She loves you like no human mother ever could.

5. Not only is she Mother, but she also is Advocate, Helper, Benefactress and Mediatrix (CCC #969). Her job, so to speak, began at the moment she conceived Jesus in her womb and continues until this day. What’s more, it will continue for all eternity. As the first and most perfect disciple, she is devoted to accompanying him and continuing her saving office by interceding for us so that we may receive the gifts of eternal salvation. She’s at work 24/7/365/forever, for whatever we need, whenever we need it.

For all these reasons and more, Mary deserves honor, not only during the month of May, but always.

What will you do for her this May?

April 28, 2015
Baltimore violence over Freddie Gray's death shows us that the tables have been turned
Next Post 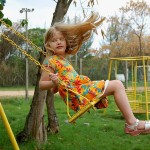 May 4, 2015 Parenting the Parent: Discerning Joy as Memory Fades
Recent Comments
0 | Leave a Comment
Browse Our Archives
Related posts from Catholic to the Core

Catholic
Why Do Catholics Call Mary "Queen?"
Catholic to the Core

Catholic
Solemnity of the Assumption: Why are there no...
Catholic to the Core
TRENDING AT PATHEOS Catholic