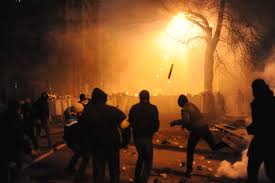 Our newsfeeds and television screens are again filled with images of burning, beatings, and looting taking place in one of our country’s cities. Now it’s Baltimore, with out-of-control protesters ravaging the city’s neighborhoods and business district. We’re moving into a third day of violence, prompted by the death of Freddie Gray, who died after being in police custody.

Before that, it was New York, when violence erupted after a Grand Jury refused to indict a police officer in the death of Eric Garner in December 2014.

In August 2014, it was Ferguson, Missouri, where crowds became violent over the death of Michael Brown.

Before that, protests got out of hand in Milwaukee, WI over the death of Dontre Hamilton in April, 2014.

Before that, it was violence in Brooklyn over the death of Kimani Gray.

That’s not to mention the day-to-day violence that occurs in our country.

Things can get pretty rough here in the USA, and yet we go on living and making the best of it.

As I take in the media reports about the horrific goings-on in Baltimore, I wonder what kind of perception people in other countries are getting of our nation.

Before I went to Israel this past May, I was asked – a number of times – whether I was worried for my safety. Skeptics raised their eyebrows or shook their heads. People of faith prayed for my safety.

While there, I felt perfectly safe. We visited the Holy Land sites in complete peacefulness and without a bit of worry, save for watching our pocket books from the type of petty thieves one finds in every country.

As I prepared for my recent trip to Jordan, I again encountered nay-sayers and skeptics, even to the point of having received a couple of snarky remarks. On the contrary, I felt perfectly safe, perfectly at peace, and the trip itself went perfectly smoothly as we traveled through the country and to the various sites in the eastern part of the Holy Land. I was very much at home with the Jordanian people and I’d go back in a heartbeat.

In both of those journeys, I understood that the violence we see on news reports here is greatly exaggerated. Because we don’t live there ourselves, our perception of times and places is skewed. An isolated outbreak of conflict on Temple Mount in Jerusalem, for instance, is just that. Isolated. Yet, when we see it on television, we perceive that the entire county is in an uproar.

Don’t you think folks from other countries are getting the same perception of the US?

Yet, those of us who live here understand that these are specific incidents (in spite of the sadly large number of them in recent history), and that the entire country is not a mess of burning, beatings, and looting. We know that, for the time being, we need to avoid Baltimore if possible until things are brought under control. It’s time to be savvy, not paranoid.

I think the tables have been turned. So far, it’s been easy for us to shake our heads at other countries that suffer bouts of violence and label them as destinations to be avoided. Now other countries might be look back at us in the same way. 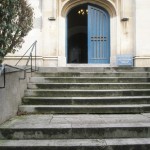 April 27, 2015
Before you judge the Detroit priest who recommended CPL classes for his parish, read this.
Next Post 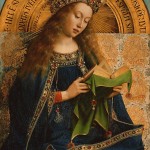 April 30, 2015 5 Reasons to Honor Mary This May
Recent Comments
0 | Leave a Comment
Browse Our Archives
Related posts from Catholic to the Core 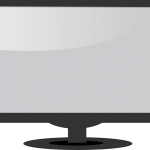 Catholic
Changing Things Up a Bit: New Website and...
Catholic to the Core
TRENDING AT PATHEOS Catholic

Missing...The Writing Fairy
Photo by Mateusz Dach She's gone awol in 2023.  I've been trying...
view all Catholic blogs
What Are Your Thoughts?leave a comment