The Catholic Drinkie on Homebrewing and Evangelization 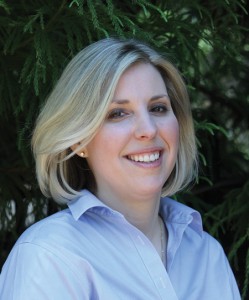 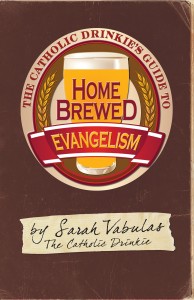 I love presenting you with the new and different.

Today, I have a treat for you!

I’m even more excited because Sarah has graciously agreed to do a Q&A with me and now I’m about to share it with you.

Q: You go by an interesting handle. Can you tell us how you became The Catholic Drinkie?

A: I attended the 2010 Catholic New Media Conference in Boston for my work,

but I didn’t have a presence on Catholic social media at that time. I went

podcast. He told me that I should come up with a way to talk about

Catholicism and alcohol, since I had a lot of knowledge on both subjects.

His question remained in my head and, during the opening keynote the next

morning, the name Catholic Drinkie came up while we talked about the

Catholic Foodie blog. In that moment, I decided that I needed to do this

blog, so I bought the web address right there and ran with it!

A: Liguori approached me with the idea to write a book in 2014. I must confess

Drinkie book. One of my priest friends had taught me how to homebrew, since

it’s really a logical next step after exploring the craft beer world. My

openness on social media about my brewing caught Liguori’s attention, and I

developed the idea to use home brewing as a way to evangelize. It works and

Q: In the Introduction, you mention that you “homebrew in a one-bedroom apartment in the heart of a big, bustling metropolis.” Can you describe what that’s like and how you got into home brewing?

A: I just use regular kitchen utensils like a chili pot to brew. It’s not as

overwhelming as it may first seem. I do it all in my kitchen on my stove

and in my sink, then I store the beer away in my pantry to ferment! As a

You get to a point where you want to try making your own. I never thought I

would be able to do this, since I don’t have a driveway and a lot of

storage, but then I learned about the one-gallon brewing movement. I

decided to dive in, and it’s been really fun to make beers for all my

Q:In your first chapter, you write about the importance of wine to the Church. Can you tell us about that without giving away the entire chapter?

A: Wine has a deep history in Judaism, and this lives on in the Catholic

faith. Jesus’ first miracle was to turn water into wine in order to

celebrate a marriage. We continue to use wine as a way to celebrate special

events today. So next time you order a glass, remember that Jesus and His

Q: Who are the Beer Brewing Monks?

A: The Trappist monks live and work in Europe and here in the United States at

their monasteries, praying and brewing beer! It’s a life of work and

devotion to God, and they make beer to raise money to sustain their simple

way of living. There are official Trappist breweries and there are

unofficial ones. Be sure to try them all.

Q: In chapter nine, you mention that homebrewing can help build community. How is that?

A: It takes a few hours to brew beer, and it’s always more fun when you have

people around to talk with and teach. Brewing is very much a

hurry-up-and-wait activity, where you’ll have a lot to do in the span of

five minutes and then nothing to do for an hour. Instead of squandering

that hour, it can be an opportunity to talk about the deeper things in

life. So why not talk about Jesus?

Q: What is the more important thing you hope readers will take away from your book?

A: I hope that folks will see how alcohol, used responsibly, can aid in

evangelization. It’s something everyone in the world partakes in, no matter

the religion. We can connect with others and use it as a way to open the

door to friendship and opportunity to evangelize.

and/or your work at Catholic Drinkie?

A: It’s a lot of fun to blog at Catholic Drinkie, so I’d love any ideas about

what folks want to read. Thank you for your support! 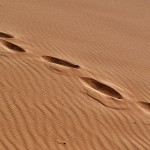 July 14, 2015
Charity vs. Cruelty: When to shake the dust from your feet
Next Post

July 21, 2015 So, how would you like your baby? More, or less crunchy? Planned Parenthood makes ordering baby body parts like ordering up a panini
Recent Comments
0 | Leave a Comment
Browse Our Archives
Related posts from Catholic to the Core