Why Do Catholics Call Mary “Queen?” 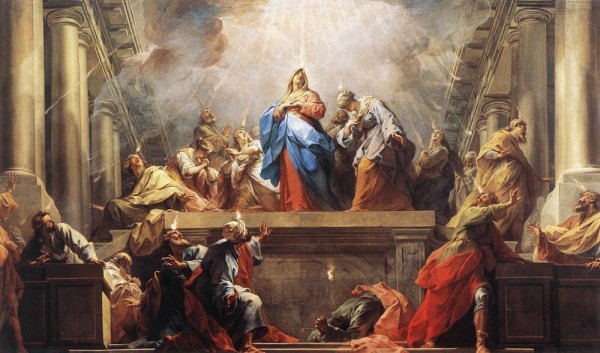 It’s time for one of my favorite feasts of Mary – the Queenship of Mary, celebrated annually on August 22.

Some find the Catholic belief of honoring Mary as Queen to be peculiar, even idolatrous.

Well, it could be considered peculiar, I suppose, but it’s certainly not idolatrous.

Pope Pius XII proclaimed this feast on October 11, 1954 iin his encyclical, Ad Caeli Reginam, On Proclaiming the Queenship of Mary. In the decree, he explained well the reasons for honoring Mary as Queen of heaven and earth, and the background leading up to his proclamation.

I highly recommend reading through and using Ad Caeli Reginam as fodder for your meditation on the feast day. It’s fairly short, as papal encyclicals go, and quite understandable.

Certainly, in the full and strict meaning of the term, only Jesus Christ, the God-Man, is King; but Mary, too, as Mother of the divine Christ, as His associate in the redemption, in his struggle with His enemies and His final victory over them, has a share, though in a limited and analogous way, in His royal dignity. For from her union with Christ she attains a radiant eminence transcending that of any other creature; from her union with Christ she receives the royal right to dispose of the treasures of the Divine Redeemer’s Kingdom; from her union with Christ finally is derived the inexhaustible efficacy of her maternal intercession before the Son and His Father. (Ad Caeli Reginam, Encyclical of Pope Pius XII, On Proclaiming the Queenship of Mary, 39)

I love that part.

Mary is mother of the King – that makes her the Queen Mother, in terms of royal hierarchy. Because of her role in salvation history, she is given the privilege of interceding for us and distributing graces to us, according to God’s plan.

What’s more, Mary also is our mother, given to us by our Lord himself as he hung dying on the Cross.

What a powerful combination!

Aside from Pope Pius XII’s encyclical, one of my favorite passages for meditation on the Queenship of Mary comes from St. Louis de Montfort:

“Mary has the authority over the angels and the blessed in heaven. As a reward for her great humility, God gave her the power and mission of assigning to saints the thrones made vacant by the apostate angels who fell away through pride. Such is the will of the almighty God who exalts the humble, that the powers of heaven, earth and hell, willingly or unwillingly, must obey the commands of the humble Virgin Mary. For God has made her queen of heaven and earth, leader of his armies, keeper of his treasure, dispenser of his graces, mediatrix on behalf of men, destroyer of his enemies, and faithful associate in his great works and triumphs.” –Saint Louis Marie de Montfort, True Devotion to the Blessed Virgin

Mary is our Mother and our Queen and as such, she deserves our love and veneration (NOT worship, as many mistakenly think).

On this Memorial of the Queenship of Mary, spend some time with the Queen and open your heart to the treasures she has in store for you. 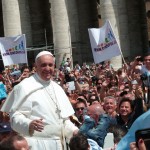 Catholic
Pope Francis: Birth and rebirth in hope for...
Catholic to the Core
TRENDING AT PATHEOS Catholic

Anti-Catholic Caricatures of Catholic Mariology (vs. James Swan)
This is section VI of a lengthy paper (posted on Internet Archive...
view all Catholic blogs
What Are Your Thoughts?leave a comment
Copyright 2008-2021, Patheos. All rights reserved.
error: Content is protected !!