Maybe the Alt-Right is Right: The Futility of the Dream

Maybe the Alt-Right is Right: The Futility of the Dream January 15, 2018 Posted by Editor 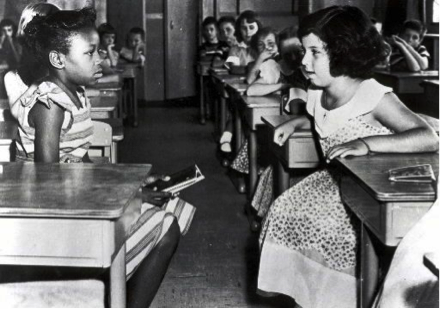 “We insist that “diversity” is a great strength, but for most (white) Americans this is mere lip service. They rarely seek diversity inter personal lives, living instead in homogeneous islands that look nothing like the cultural mix this country has become. Anti-discrimination laws ensure integration at work, at school, and in public but …a dinner party, poker game, wedding reception, church service or backyard bbq is rarely a multi-racial mosaic…If, generation after generation, Americans tend to segregate themselves, is it possible that the expectations for integration were not reasonable? If most people prefer the company of people like themselves, what do we achieve by insisting that they deny that preference?

My husband was right to ask why I was reading the work of known (and little known) Alt-Right scholars and writers like Taylor. He wondered if it was healthy, mentally or spiritually for me to be throwing myself deeper into my studies of whiteness, especially the writings of white supremacists.

He may have had a point. Just a few days after starting to read and digest, critical Alt-Right texts such as Taylor’s White Identity and Rockwell’s White Power. I noticed that I was having nightmares; I was withdrawing into deep contemplation over the futility of preaching reconciliation and cultural intelligence, and every encounter with my white colleagues and friends sprinkled with a little more doubt.

I couldn’t make it past the opening statement of Taylor’s book without really wrestling with the question he posed above. Did he have a point? Why in the world am I sitting in my University office, crafting an initiative that I believed would move our conversations on race and daily life forward in an authentic and pragmatic ways? Why had I, as many of my black colleagues advised, thrown my chances of full professor down the toilet by doing “race work”? Why make all of these sacrifices when the real truth might be that if it weren’t for the law, white folks don’t want people who look like me anywhere near them?

Academically, Taylor’s case is compelling. He points out that even so-called well-educated whites pick their housing, their schools, their churches based on racial composition. He states that the reason why schools are resegregating is that whites refused to participate. They moved. They went to private schools. They created cities, hamlets, and gated communities to protest the very idea of sending their children to school with blacks.

Here was a white man, Jared Taylor, former liberal and child of foreign missionaries, spilling the tea that I knew but deep in my heart didn’t want to believe. His words taunted me to look at my friends, ALL OF MY WHITE FRIENDS, and dare me to prove him wrong. Go to the party, he seemed to nag from those pages, and see that you are the ONLY one. Sit in the pew and see the other dots scattered. Faculty meeting? Try there. Any different? Of course, not Maria. Taylor’s thundering question just keep pounding from every page, “Why do you keep trying to be with us when it’s evident, WE ARE NOT THAT INTO YOU?” How many for sale signs are on your street now that you have arrived with your brood of caramel children? When your house was on fire, how many neighbors rushed to you as you stood in the cold with your babies in your arms fearing the worse? Yes, you saw them peek out their doors but not one of them came an offered you as much as a blanket or to help your husband put out the blaze.

Taylor’s words are ripping my soul and heart apart because I am tired of watching my so-called woke friends proclaim the evils of 1600 Pennsylvania Avenue and not the horrors taking place each week in their pews, schools, neighborhoods, and personal lives. Like sour bile that erupts after too much nectar of Kentucky, the reality that even in 2017 we have not dealt with what Dr. King called “heart problems” that got us into this mess threatens to overwhelm me.

I couldn’t make it past the opening statement of Taylor’s book without really wrestling with this question. Did he have a point? Why in the world am I sitting in my University Office, crafting an initiative that I believed would move our conversations on race and daily life forward in an authentic and pragmatic ways? Why had I, as many of my black colleagues advised, thrown my chances of full professor down the toilet by doing “race work”? Why make all of these sacrifices when the real truth might be that if it weren’t for the law, white folks don’t want people who look like me anywhere near them?

Am I the fool that my Africana Studies brothers and sisters say that I am for believing that blacks can overcome their suspicions and whites their hatred/fear of our very skin to achieve the tasks that face our communities and organizations? Had I, like Malcolm X once chided Dr. King, become a tool of the oppressor. A favored, mild speaking “Uncle Tom” flawed by my naiveté for believing that we could all live reconciled.

For weeks, I have racked my brain for a response to Taylor’s taunting. Was I pushing a rock up a hill by asking us to go against our natural instincts of separation? There was no compelling academic, economic, or political argument that could overcome his assertion that in the end, white folks can’t talk about race because they don’t want to admit to themselves that they are like those Trump Voters that they disparage every day? Oh sure, they rant on Facebook and Twitter? But look at their lives? Look at the very fruit of their lives?

The only answer I have for Taylor is my belief that God’s love calls us from the separation of Babel to the unity ignited by the Holy Spirit of Pentecost. Why was I so afraid to claim that despite all my degrees, experience, theories, and writings, I could only stand on the hope provided for me in the Gospel of Jesus Christ. That as stupid as it sounds, in the end, I believe that our natural instincts once transformed by the grace offered in salvation and powered by a sanctifying grace re-emerge as building blocks of the Beloved Community. I also believe as my beloved teacher, William Mallard once pointed out, that God’s message of love includes both of Abraham’s children, Issac and Ishmael and will require all of us living to the highest ideals of that message to overcome that natural disaster that is tribalism.

Perhaps this is why Dr. King kept preaching love even when the young bucks of SNCC called him a sellout. Maybe this is why he kept writing after being called a charlatan by Christians who urged him to wait.

The letter I am writing to Jared Taylor is full of questions. I will challenge his reasoning on some points but will concede some others. But my intent as I close our conversation is to leave this child of missionaries of the Gospel ‘marinating’ on the thoughts offered by another silly scholar/theologian like myself:

“We may have come over on different boats, but we are in the same boat now…Whatever affects one directly, affects all indirectly. I can never be what I ought to be until you are what you ought to be. This is the interrelated structure of reality. It may be true that the law cannot make a man love me, but it can keep him from lynching me, and I think that’s pretty important. We must live together as brothers or perish as fools. I want to be the white man’s brother not his brother in law. I refuse to accept the view that mankind is so tragically bound to the starless midnight of racism and war that the bright daybreak of peace and brotherhood can never become a reality… I believe that unarmed truth and unconditional love will have the final word.” – Martin Luther King, Jr. 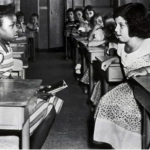 God Said It, I Believe It,...
Freelance Christianity
Related posts from The View from Dixon Hall

Progressive Christian
It's Complicated: The Bishop and Eddie Long
The View from Dixon Hall 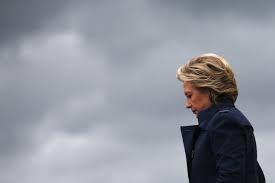 Gifts and Talents: 3 Ways We Can Do...
Gifts and talents are a form of God's grace we can offer...
view all Progressive Christian blogs
What Are Your Thoughts?leave a comment
Copyright 2008-2021, Patheos. All rights reserved.