Again? Hillary Clinton was warned of a data breach this year and did nothing

Back in March, the FBI paid a visit to the headquarters of the Hillary Clinton campaign to warn it was a target of a cyberattack. And proving that old habits die hard, nothing was done about it.

It is believed that the campaign’s computers were hacked by Russian spies using a technique called “spear-phising” that targets e-mail accounts in order to gain internal access to the system. The FBI asked the campaign to hand over its computer logs and other information to aid in the national security investigation. However — surprise, surprise — Clinton’s lawyers declined the request, saying that information was too sensitive and chided the FBI for being “intrusive,” according to Yahoo! News.

Continuing to ignore the serious request, the campaign told the FBI that it was already aware of the attempted breach and was on top of it with its own security protocols.

There are two things that makes this story even more infuriating. One, this all went down weeks before the Democratic National Committee was hacked by a foreign government and the insider information (read: corruption) leaked online. The DNC was contacted four months prior by the FBI, but like Clinton, they already “knew” and everything was under control — that is, if you believe private, internal DNC e-mails stolen and a consultant’s personal e-mail account being breached “under control.”

Another is the timing of the Clinton campaign’s warning: smack dab in the middle of the then-active FBI criminal investigation into Clinton’s prior e-mail debacle, when she shrugged national security and conducted government business from her basement on her own unsecured secret server as secretary of state. You’d think she would’ve learned her lesson but it’s apparent she hasn’t.

What Clinton did years ago, and what she continues to do now, is hide any evidence from investigators that might prove she broke national laws. That’s why she turned down the FBI’s request for computer logs in this newer case. It’s also why she took so long the first time around to turn over the e-mails from the private servers so her lawyers had a chance to purge before officials viewed the information.

In both cases, for Hillary and the DNC, the warnings were not taken seriously and that proved disastrous for the DNC, as the security breach forced chair Debbie Wasserman Schultz to step down because campaign favoritism for Hillary over Bernie Sanders was evidenced, among many other things.

How can Hillary Clinton be trusted with security as president when she, and the Democratic Party she represents, continues to disregard security regarding sensitive information? The answer is she can’t. It’s beyond me that anyone could have a vested devotion to her or the party after seeing this level of corruption.

Is anybody paying attention? 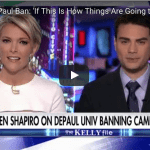 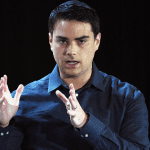 August 17, 2016 Cal State students seek healing after a conservative speech they didn't even attend
Recent Comments
1 Comment | Leave a Comment
"For Mark Meckler, the one who wrote that "whatever you want to call it", article, ..."
joanofark06 Trumpocalypse: It’s the End of the ..."
"While readin that above, I started wondering, if that writer would recognize when we're at ..."
joanofark06 Trumpocalypse: It’s the End of the ..."
"Yes, I would question the use of the adjective "grown" used with the noun "men" ..."
Greg Wertz Professor Makes a Lingerie Joke in ..."
"Yes, it's their "tradition" and "culture". Grown men giggling about lingerie.This reminds me of the ..."
Michel Professor Makes a Lingerie Joke in ..."
Browse Our Archives
Related posts from Mark Meckler