Congress wants to spend $6 billion more on healthcare, but here’s a good suggestion for them

Congress wants to spend $6 billion more on healthcare, but here’s a good suggestion for them November 30, 2016 Mark Meckler

Congress, you need to stop. Like, really.  Just stop.

With the release of a 1,000-page health care spending bill, the Republican-heavy Congress has proved it has no interest in shrinking the size of the federal government.

Despite spending a majority of the Obama administration criticizing the Affordable Care Act for increasing Washington DC’s footprint, House leaders now appear no different than their Democratic counterparts who crammed the law through without any consideration for the consequences. (Remember, “We have to pass it to see what’s in it?”) Even more concerning is why the GOP is forcing this bill through with a new administration looming; especially one that has promised to repeal Obamacare and its wasteful habits.

And what is the name of this new bill? The 21st Century Cures Act, which is ironic because it’s not going to cure what really ails this country: the fat-cat lobbyists and politicians who will be the primary beneficiaries of such an act.

Daniel Horowitz explains what’s packed in the bill and how they plan to pay for it at Conservative Review:

Despite all the hand-wringing about partisan fighting in Washington, the “21st Century Cures Act” is a quintessential example of the two liberal parties coming together to grow the federal government, increase rather than decrease spending, give handouts to all their respective lobbyists, and sell the bill as the next step to curing cancer. In short, it represents everything wrong with Washington.

The $6.3 billion package contains $4.8 billion in extra funding for the NIH [National Institute of Health] to further research cancer, brain cells, and precision medicine. It also gives the FDA another $500 million to move drugs and medical devices to patients more quickly, and a billion dollars in grants to states to combat the “opioid crisis.”

As is always the case, the bill’s authors have concocted a hodgepodge of notional accounting gimmicks to “pay for” the cost of the bill. Not a single government program is eliminated to offset the cost of this new spending; rather the bill relies on receipts from selling off our Strategic Oil Reserves over ten years to pay for this bill. Using the Strategic Oil Reserves as a private piggybank to pay off lobbyists in order to grow government has become the new go-to source for “spending offsets.”

A similar version of this bill passed in the House just last year, but the new version has grown three times the size of the original. If the new version passes, the Department of Health and Human Resources will have billions of dollars coursing through its veins much like the very opioid addicts the bill vows to cure. It will be a non-stop taxpayer-funded binge, and Washington will never want to come off of that high.

Though the bill contains some reforms to the FDA and Bill Clinton’s 1996 Health Insurance Portability and Accountability Act, it’s canceled out by the billions in new spending. Much like the outgoing liberal administration, Republican leaders are selling the bill with keywords like “health” and “cure” in an effort to make the medicine go down easier. But the American people have spoken, and they elected a new administration which promised to repeal and replace Obamacare. When the “conservatives” in Washington won’t act like conservatives, how can they claim to be the party of small government ever again?

Rather than canceling the lame duck session and saving this endeavor for a new GOP mandate next year, House Republicans plan to drop this complex, multifaceted bill on the floor on Wednesday. 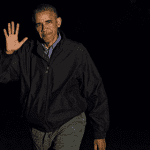 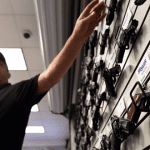 December 1, 2016 Gun sales among minorities rise, hopefully a sign they’re becoming less dependent on government
Recent Comments
0 | Leave a Comment
Browse Our Archives
get the latest from
Politics Red
Sign up for our newsletter
POPULAR AT PATHEOS Politics Red
1

It's Not About the Nail: Video...
The French Revolution
Related posts from Mark Meckler