Male college students have just been handed some great legal news in regards to Title IX exploitations due to rampant campus rape allegations.

According to Instapundit, one of the co-authors of the book The Campus Rape Frenzy, K.C. Johnson, is celebrating a recent court ruling out of Massachusetts where a federal judge actually ruled against a college for discriminating against a male student who was wrongly accused of sexual misconduct by a female student.

In the book, Johnson wrote about Michael Cheng, an Amherst student who had a non-consensual sex act performed on him while he was “blacked out.” The female responsible was not drunk at the time. It was two years later, after this girl got involved with anti-rape activists that she suddenly change her story and accused Cheng of sexual assault. Considering none of the evidence, which included her texts to the victim, Amherst sided with her and expelled Cheng — following suit of the many other examples of “male scapegoats” in these matters.

Cheng sued Amherst, arguing that Amherst had violated Title IX by discriminating against men. Amherst tried to get the case dismissed by arguing that Title IX didn’t apply, but a federal judge in Massachusetts ruled against the college. The judge, Mark Mastroianni, noted that Amherst realized the woman had initiated sex while Cheng was incapable of consenting, yet the college “did not take even minimal steps to determine whether Doe should have been viewed as a victim.” The judge allowed the suit to go forward because there is a “a sufficient basis for Doe to proceed with a Title IX deliberate indifference claim.”

In his research, Johnson has witnessed the unfair outcomes in many cases similar to Cheng’s. But he considers this a small victory among many disappointments:

“To me, this is the most significant district court decision since the ‘Dear Colleague letter,’ because of the facts of the case: Cheng is not only innocent, but it’s at least plausible that his accuser victimized him, with the college ignoring it. So if Amherst had won the motion to dismiss, it would be hard to imagine any set of facts that would ensure a defeat for a college. The judge is an Obama appointee who, it seems to me, was disinclined to rule for the accused student but had no choice. He wasn’t looking for legal precedents to help Cheng. But even under the more limited precedents he cited, he couldn’t come up with a way to decide for Amherst. The Title IX section of the ruling was very broad, and puts Amherst in a tough position.”

This is such great news. Too often, colleges side with the “victim” because sexual assault is taken so seriously — as it should be. But crying wolf like so many female activists are doing does a real disservice to other female, and male, victims. 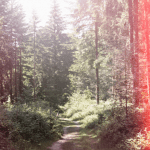 March 15, 2017
American citizens may soon be able to exercise their Second Amendment rights even on federal land
Next Post 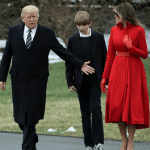 March 20, 2017 Polling the Grassroots: The Most Accurate Survey the Media Won't Conduct
Recent Comments
2 Comments | Leave a Comment
Browse Our Archives
get the latest from
Politics Red
Sign up for our newsletter
POPULAR AT PATHEOS Politics Red
1