Senator says Jewish cemetery vandalized by anti-Semites, but the NYPD discovered who was really responsible

Senator Chuch Schumer needs to issue a correction and apology after tweeting this:

NYPD says anti-Semitic incidents up 94%. Brooklyn’s Washington Cemetery is another appalling example. It must stop. https://t.co/gtq3ZYP91v

40+ stones knocked down here at Washington Cemetery – one of the largest Jewish cemeteries. Heartbreaking #Antisemitism pic.twitter.com/sHnPkUnonB

I hate anti-Semitism..  Some of you may not know it, but I’m a Jew myself. That means I take accusations of anti-Jewish hate very, very seriously… especially when these accusations come from well-known political leaders.

There was only one problem with the above tweets.  Turns out, the Brooklyn cemetery that serves a large Jewish community wasn’t vandalized at all. After the NYPD hate crimes unit went out there to investigate — no doubt spurred on by the above social media posts — they discovered that these gravestones had not been turned over by hateful bigots.  Instead, they were simply ignored for years… perhaps even decades.

That is actually really, really horrible.  If loved ones place their family members in a cemetery, they do so with the expectation that the owners of the plots will not let that happen. This fake-hate-crime accusation caused Bethany Mandel to ask this:

Knew it. Condition in Washington cemetery is deplorable. Do people care about fallen stones if they weren’t toppled? https://t.co/4g9N3g8AP8

“Do people care about fallen stones if they weren’t toppled?” she asked.  Good question.  If Schumer and Hikind really cared about this Jewish cemetery, don’t you think they’d have noticed this decades-long corrosion sometime (anytime!) before Donald Trump was elected?

The fact of the matter is this: liberals now love to hysterically talk about all the hate crimes happening in America these days.  But the only hateful people I see are the ones trying to sow discord amongst Americans. 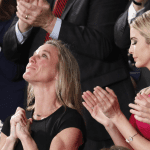 March 1, 2017
Donald Trump's address to Congress: as close to perfect as you can hope for
Next Post 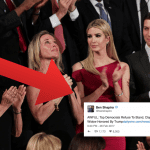 March 6, 2017 4 horrible responses from celebs about the heartwarming standing ovation for the Navy SEAL widow
Recent Comments
12 Comments | Leave a Comment
"For Mark Meckler, the one who wrote that "whatever you want to call it", article, ..."
joanofark06 Trumpocalypse: It’s the End of the ..."
"While readin that above, I started wondering, if that writer would recognize when we're at ..."
joanofark06 Trumpocalypse: It’s the End of the ..."
"Yes, I would question the use of the adjective "grown" used with the noun "men" ..."
Greg Wertz Professor Makes a Lingerie Joke in ..."
"Yes, it's their "tradition" and "culture". Grown men giggling about lingerie.This reminds me of the ..."
Michel Professor Makes a Lingerie Joke in ..."
Browse Our Archives
Related posts from Mark Meckler