Clothing retailer J.Crew recently posted a photo of a little boy wearing a T-shirt which read, “I am a feminist too.”  The shirt is J. Crew’s latest collaboration with the prinkshop, which is a “cause-centric community that create clothes and accessories that people want to wear and carry, that give them a voice and help them to create change in the world around them.”  The founder of prinkship, Pamela Bell, describes herself as a “mother, teacher, advocate, fearless feminist.”

Through their partnership, J. Crew is apparently going to start carrying clothing with liberal messages.  (On their website, other tees include sayings  like “eroticize equality” and many shirts with only “1973” on it, probably to signify Roe V. Wade.  Or, perhaps I’m projecting too much?  Maybe they just wanted to belatedly celebrate George Foreman knocking out Joe Frazier in the World Heavyweight Championship?)

CBS has the details:

The “I am a feminist too” shirt, which was marketed online as “Boy’s prinkshop for crewcuts ‘feminist’ T-shirt,” has sold out on the J.Crew online store. Its price is no longer listed, but a similar prinkshop T-shirt for girls with the message, “You see a girl, I see the future,” retails for $29.50.

Both J. Crew and prinkshop posted an image of a boy wearing the “feminist” shirt on Instagram Saturday. In three days, J.Crew’s Instagram post got 16,401 likes, and a barrage of both supportive and disparaging comments.

Of course, the reviews were mixed.

“Liberalism is a disease,” one commenter wrote. “Unfollowing! You don’t have my business anymore,” another said.

Other people, however, defended the shirt. “I say this conservative married woman raising one girl and two boys — you have no idea what you’re talking about,” one Instagram user replied to someone who had posted a negative comment on the post. “Our boys will be real men; real men are respectful to women. Messages like ‘chick magnet,’ ‘boys will be boys,’ ‘fathers, lock up your daughters,’ and ‘ladies’ man’ cultivate and perpetuate an attitude of disrespect toward and objectification of women. It’s not ok. And you don’t have to ‘teach’ boys to like girls and girls to like boys — it’s our nature and without the need for stupid message t-shirts,” the message continued.

“Yes! My boys are proud feminists!” another commenter wrote.

“Praise the company that supports the child, that all children…and adults are treated #equally. Grateful to stand with J Crew!” said another.

Remember when little boys had tee shirts with dinosaurs and trucks on them? Now, every little boy needs to be confused with social justice messages, apparently.  This shirt is yet another symbol of the disappearance of childhood.

Meanwhile, little boys struggle in school compared to girls by every measure.  Maybe the next “woke shirt” should be “Save the Males?”  Of course not, because these people care more about their liberal narrative of oppression more than actual problem. 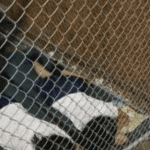 May 30, 2018
Libs Decry 'Children in Cages' Photo, Not Realizing It Was Taken During Obama's Administration
Next Post 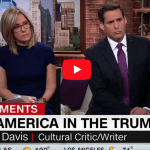 June 3, 2018 CNN Guest: All Trump Voters Are Racist
Recent Comments
0 | Leave a Comment
Browse Our Archives
get the latest from
Politics Red
Sign up for our newsletter
POPULAR AT PATHEOS Politics Red
1