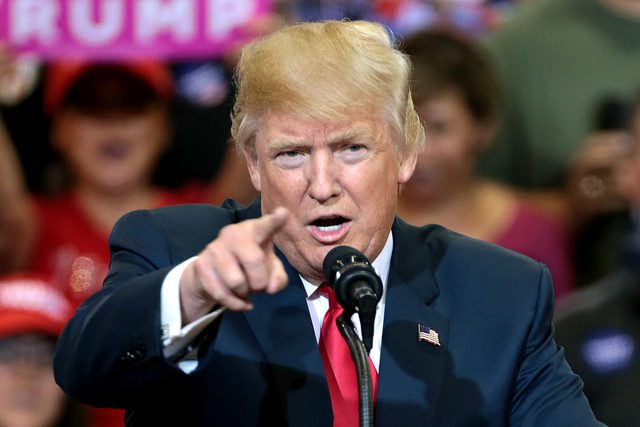 It must be hard to be a constantly triggered student these days.  I mean, so many things set them off, I don’t know how they even make it to the bathroom in the morning to brush their teeth.  Here is the latest triggering episode, this time on the campus of Rutgers Law School, who are blasting two campus groups for making the “intimidating” suggestion that President Trump deserves a Nobel Peace Prize.  Campus Reform reports:

The students voiced their objection to a statement filed by the Rutgers Student Bar Association (SBA) Safety and Wellness Committee and the Federalist Society in early May, supporting “the movement for…Trump to win the Nobel Peace prize for his efforts towards securing peace on the Korean peninsula.”

“If the President were to preside over the verifiable destruction of the North’s nuclear and missile programs, formally end the Korean War, and usher in the destruction of the World’s last Cold War-era frontier, Trump would claim a feat that has eluded all of his most recent predecessors,” the statement argued.

Of course, that is a very controversial statement, which students should be able to discuss. “Discussion,” however, is apparently a lost art on college campuses.  Gone are the days when people can sit around and do a deep dive into different logical arguments.  At Rutgers, multiple student organizations whined about this letter being “harmful” and “dangerous.”

“On May 2, 2018, the Federalist Society and the SBA Safety and Wellness Committee issued a joint statement supporting Donald Trump’s nomination for the Nobel Peace Prize,” the students wrote. “Many students on our campus felt that we needed to raise our voices in opposition to such a harmful statement.”

“Although we support freedom of expression, we do not condone unilateral, damaging statements masquerading as representative of our entire student body,” they continued. “Furthermore, this particular statement is made at the expense of students who experience the structural inequality of the Trump administration.”

Good grief!  I don’t necessarily think Trump deserves a Nobel Peace Prize — and I certainly didn’t think President Barack Obama did — but this is ridiculous.  America’s first liberty is our freedom of speech: Our country is in trouble if we’re actually intimidated by political disagreement. 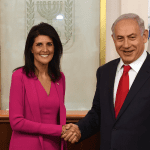 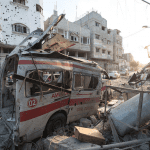 May 17, 2018 Washington Post Tries to Turn Young American Jews against Israel
Recent Comments
0 | Leave a Comment
Browse Our Archives
get the latest from
Politics Red
Sign up for our newsletter
POPULAR AT PATHEOS Politics Red
1