We now find ourselves in a historical moment where the most vocal hostility to the Church’s teaching is coming from the people who, for years, prided themselves as “faithful conservative Catholics”. That’s weird, but there it is.

The mark that something has gone sour with “conservative” contempt for the Holy Father is that “docility” is consistently derided as “rigorism” or “ultramontanism” and the suggestion “How about we try listening to the pope instead of looking for ways to shoot him down and find loopholes and attack him at every turn” is seriously described as “being more Catholic than the pope”. Naturally, anointing oneself the defender of the Church against the pope is not seen as being more Catholic than the pope. Nor are the Defenders Against the Pope super-interested in consistency so long as they can obtain a condemnation in the name of Purity. A few days ago, I remarked that I thought the Legionaries should be dismantled and destroyed. This is what we call a “prudential judgment”. A real one I mean, not an excuse for blowing off the Church’s guidance. Something Catholics can disagree about. A particularly zealous Defender Against Francis swooped in to play a game of “Let’s You and Francis Fight” in which it was immediately demanded why I was not calling for Francis’ head since he was not dealing with the Legionaries the way I thought. Why wasn’t I outraged? Why didn’t I speak out against our heretic pope? Etc.

My response was that I’m not upset and outraged because I might, you know, be wrong and I assume the pope knows more stuff than I do. I made the same assumption with Benedict the Idol of Reactionaries, who likewise tried to salvage the Legionaries, not to mention demonstrating supernatural patience with Reactionaries–because he is a saint, as I think Francis to be as well.

Weirdly, the complaint then becomes that it is “ultra-montanist” and somehow sucking up to the pope to not be outraged about a difference in prudential judgments with him. This from the people who chalk up their entire campaign of hostility to the pope on the all-excusing power of the magic words “prudential judgment”. But most hilarious? The charge of cowardly refusing to differ with the pope is leveled when I am differing with the pope. Because the real complaint, of course, is that I won’t play “Let’s you and Francis fight” and grant the Defender’s premise that Francis is a disaster from whom only the Defenders can save us. Indeed, I think him a great gift to the Church–not least because he does not let the whines of the denizens of Fortress Katolicus slow him down a bit as he leads the Church in leaving the Fortress and going out into the world.

But, of course, if the pope is getting an interested hearing from the unclean riff-raff outside Fortress Katolicus, that only shows he eats with tax collectors and sinners and is therefore proven to be exactly the danger to the Church the Pure think he is. It doesn’t at all demonstrate that the Pure need to rethink their bunker mentality.

Here’s the thing: for years the joke was that, no matter what the pope taught on the MSM could be counted on to do a word search of everything from Veritatis Splendor to Spe Salvi looking for the words “sex”, “abortion” and “homosexuality”. The New York Times read Deus Caritas Est, a beautiful treatment of the God who is love, and could only remark in puzzlement that it said nothing about the Pelvic Issues. Where their treasure was, there was their heart.

So: Francis releases an apostolic exhortation that is *entirely* about the Joy of the Gospel. The whole focus of the document is on the fact that we have glorious and exciting Good News to give to a world that is in desperate need of it. It’s a mighty and beautiful call to the Church to take up a golden opportunity to bear witness to Jesus Christ with love, unity, and genuine *happiness* over the fact that we have access to a Life that has conquered sin, hell, and death. What could possibly be more wonderful news that that?

The world has taken notice of this and, as it toils along in the bondage of sin, has found the pope to be a message of hope that many are listening to in a way they have not done for years. It’s a willing audience, stirred by the Spirit within to approach the message with respect and the dawning hope that maybe there is something to the gospel after all.

And what has been the overwhelming focus of the Thing that Used to be Conservatism? Money. And wounded vanity because, in the courage of diagnosing various things that might block the Proclamation, the Holy Father dared to suggest that a) some conservative sectors of the Church are not All That and he dared to suggest that how we treat Mammon might have just as much to do with discipleship as how we treat Venus. Honestly, you’d think, from the paroxysms over Evangelii Gaudiam, that the thing was a treatise on economics and not a deep discussion of the Church’s evangelical mission.

What that reveals is nothing about Francis’s supposed “heterodoxy” and plenty about the real treasure of the people panicking about the exhortation. Instead of dwelling on a couple of paragraphs in which Francis basically says that the gospel exists to proclaim good news to the poor in particular and we need to order our lives accordingly, it is wiser to approach the document in the spirit of Fr. Robert Barron:

January 15, 2014 Another Rock Solid Endorsement for "The Principle"
Recent Comments
65 Comments | Leave a Comment
"Late to the game, but while I agree with him that the end doesn’t justify ..."
Catherine Hobbs Building Bridges of Trust vs. Winning
"I also think netflix is more evil than good, the things they have and support ..."
Jackson A reader struggles with scruples about ..."
"I am pretty sure remote cooperation is evil unless with proportionate reasons..."
Jackson A reader struggles with scruples about ..."
"Just one nit - the Dickey Amendment (the bit of law that supposedly "forbids" the ..."
Jon Heresy of the Day: Antinomianism
Browse Our Archives
get the latest from
Catholic
Sign up for our newsletter
POPULAR AT PATHEOS Catholic
1

Catholic
A friend writes from New Zealand
Catholic and Enjoying It!

Catholic
A fascinating story of evangelization through art
Catholic and Enjoying It! 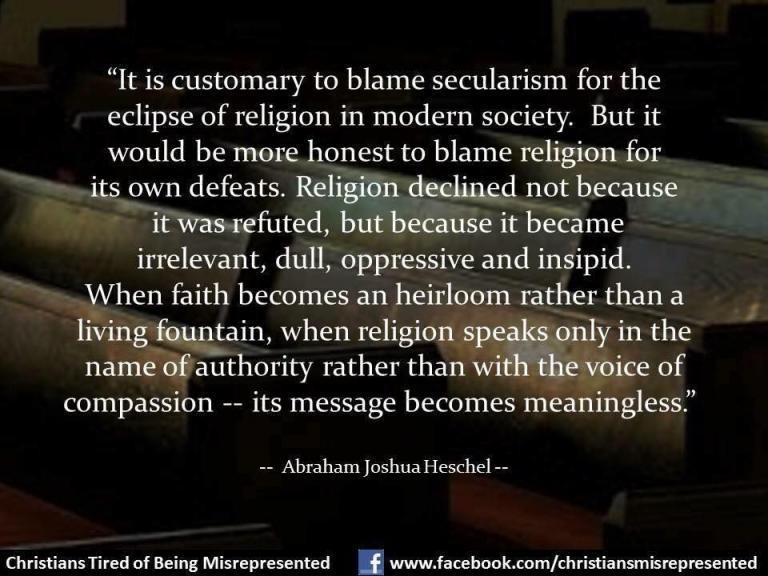 Catholic
A follow-up to yesterday's post: On Neo-Pelagianism
Catholic and Enjoying It!

Catholic
The Collision between the Church's Mission...
Catholic and Enjoying It!
TRENDING AT PATHEOS Catholic