Against Gun Lies and in Support of Being More Prolife

Against Gun Lies and in Support of Being More Prolife October 2, 2015 Mark Shea

In between whining about people who “politicize” gun slaughter by sanely wanting to prevent the next one, the Gun Cult has been politicizing to beat the band with “Haw, haw!  Dopey liberal college victims and their stupid Gun Free Zones!”

That’s a lie.  The fact is, Oregon state law allows conceal carry holders to bring their guns anywhere, even schools. The problem on that campus was not a restriction that had no force of law, but a madman whose mother bought him a gun.

Sanity says that this lunatic should never have have had easy access to a gun and that the smart thing would be for our nation to join all the rest of the developed world in adopting policies that make that harder to do and that result in lower gun death rates everywhere else in the developed world.  Insanity is to maintain the status quo at all costs, guaranteeing an annual human sacrifice rate of 32,000 victims offered to Moloch.

Sanity begins  by stopping lying to ourselves.  Also, by getting our priorities straight, especially if we claim to be prolife disciples of Jesus Christ:

The first and only instinct of someone who is prolife, Christian, or just a decent human being is, “How can we do better to prevent the next one?”

The first priority of a liar and a friend of death is to promulgate thinking like this (as the NRA does): 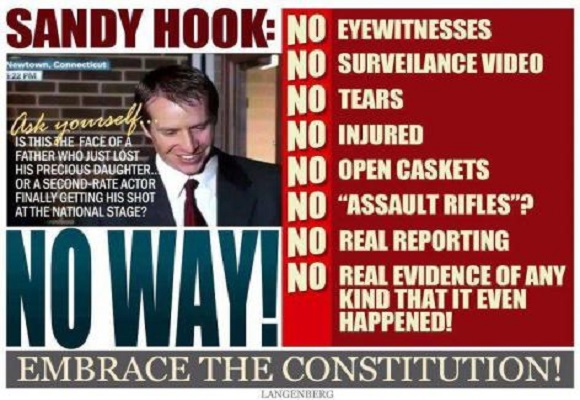 I ask only the bare minimum of human decency in response to our grotesque gun slaughter rate:  Be *more* prolife.  Respond to it by asking “What can we do to bring it down to the levels of other developed nations?”, not by laboring with all our heart, mind and strength to maintain the status quo–as the NRA does.

October 2, 2015 Question of the Day (for "Connecting the Dots" listeners)
Recent Comments
177 Comments | Leave a Comment
Browse Our Archives
get the latest from
Catholic
Sign up for our newsletter
POPULAR AT PATHEOS Catholic
1

It Begins With Wine at a...
Steel Magnificat
Related posts from Catholic and Enjoying It!

'Yellowstone': God and Man in Montana (or, It's...
Four seasons in, Paramount Network's 'Yellowstone' is a big ol' hit, but...
view all Catholic blogs
What Are Your Thoughts?leave a comment
Copyright 2008-2021, Patheos. All rights reserved.