Alone and vulnerable, the children’s faith and family bonds are pushed to the limit, especially those of the eldest daughter, Sophie (Mollee Gray), who questions the morality of gun ownership but soon learns that in God all things are good, including her family’s Second Amendment right to defend themselves.

Indeed, Tim Schmidt, the CEO of the U.S. Concealed Carry Association and executive producer of “The Reliant,” also described this R-rated film as “family friendly.”

“Oh, it’s just a movie, Mark.” That’s odd. That’s not what the Gun Cult was saying a couple of months ago when a vile “satire” called The Hunt was pulled from release for being a violent fantasy about hunting Deplorables for sport. Back then, the Cult was perfectly aware that encouraging fantasies about murdering Culture War enemies is the standard way that stochastic terrorists urge their peers and lackeys to really do it. You know, like this:

The Hunt was, in fact, a huge Panic du Jour for a few days at FOX and was used to shriek that the Libs Are Coming to Kill Us and That’s Why We Need Guns!!!!!! Of course, in the real world, the movie was pulled by the studio and even the director agreed that this was a good idea.  Compare this responsible act to Trump, who never walked back his calls to violence and murder.  Rather, he promised to pay the legal bills of his thugs.

Not coincidentally, in the real world, a man regurgitating nearly word-for-word the language of Trump and FOX walked into a store in El Paso and slaughtered a bunch of brown people while wounding a bunch more back in August. Similar racially-motivated shootings happened in New Zealand and Gilroy, California:

How did FOX respond? A FOX propagandist tried to put lipstick on their corporate pig by hailing the shooter as “prescient“.

So yeah, violent culture war fantasies matter. And precisely the reason Sorbo’s latest piece of crap matters is that it does exactly the same thing The Hunt does with this crucial difference: The death toll in the real world from Antifa (the villains in this film) is exactly zero. Leftist violence in this country is virtually non-existent. But between 2009 and 2018, 73% of domestic terror deaths was white, racist, and right wing in origin. And that percentage has only gone up in recent years. So the film not only fantasizes about murdering culture war enemies, it does so for an audience that is documentably proven to actually murder culture war enemies.

“But The Hunt was about murdering people for sport! This is about a brave man defending his family from Antifa home invasion!”

Get it: There is no such thing as “Antifa home invasion”. Movies are pretend. Precisely the lie the film tells is that Antifa are fair game for the real right wing hunter to go out and kill because of the terrible thing those pretend bad guys did in a movie.

The fantasy scenario is a huge and vital part of the Gun Cultist’s mental world. The gunfight against Dawn of the Dead Damn Libruls invading the home to take away all the guns (complete with gory head shots) is an essential component to the massively narcissistic fantasy life of the Gun Cultist. It is what fueled the NRA-supported Sandy Hook Conspiracy theorists who have made life a living hell for the parents of the children butchered in Newtown. (Indeed, the Gun Cult always blames the massacres it enables on “false flag operations” by liberals bent on making them look bad so they can Take Our Guns.) It is what drove the imbeciles convinced that a routine military exercise was really Obama coming to confiscate their guns.

And that’s the thing: Because this cult of narcissists loves to imagine that they are brave defenders against FutureHitler, they insist on a fantasy world starring themselves killing imaginary Bad Guys while in the real world, thousands and thousands of human sacrifices die and are tortured psychologically and physically for the rest of their lives by nutty shooters like the kooks in El Paso, Gilroy, and Christchurch so that the narcissist can live in vanity and selfishness.

The mark of the Gun Cult is that, when confronted with the real world of massacres and 40,000 deaths a year, plus orders of magnitude more people wounded and traumatized, it never ever ever thinks like disciples of Jesus and asks, “What can we do to prevent this?” No. Their first, last, and only response is, “Screw you! Don’t touch my gun!” They think of no one and nothing but themselves forever and will do that no matter how many people suffer and die as human sacrifices to their monumental selfishness and narcissism.  Because Antifa is coming to invade their home and kill them all in a movie. 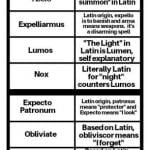 October 3, 2019
On Recovering the Fearlessness of the Catholic Intellectual Tradition
Next Post

October 5, 2019 Since it's Saturday, it's a good day for studying the genius of Buster Keaton
Recent Comments
0 | Leave a Comment
Browse Our Archives
get the latest from
Catholic
Sign up for our newsletter
POPULAR AT PATHEOS Catholic
1