The Editors of America make the charge:

President Donald J. Trump appeared before thousands of his supporters at a 2020 re-election rally in Phoenix on Aug. 22, where he defended his actions as president, excoriated his critics and derided the institutions of the republic. While the country has seen much of this before, the event in Phoenix shows that the president prefers to continue to campaign and stir up mobs instead of attempting to govern and serve the country. Yet campaigning is a poor substitute for governance, and stoking rage is no substitute for developing policy and building coalitions. The president’s inflammatory and occasionally incoherent address, moreover, was a grab-bag of half-truths and reckless accusations, red meat tossed to the ravenous crowd who filled the convention center. During 90 minutes:

These statements by President Trump are beneath the dignity of his office and are an affront to the intelligence of the American people. His characterization of the national news media is especially galling: “You would think they’d want to make our country great again, and I honestly believe they don’t. I honestly believe it,” he said. While the press is not above critique, Mr. Trump’s statement is an indiscriminate assault on the patriotism and integrity of the press from the man who swore an oath to preserve, protect and defend its freedom.

Polybius, the ancient Greek historian, could have been a pool journalist reporting on Mr. Trump’s performance in Phoenix: “The common people feel themselves oppressed by the grasping of some, and their vanity is flattered by others. Fired with evil passions, they are no longer willing to submit to control, but demand that everything be subject to their authority. The invariable result is that government assumes the noble names of free and popular, but becomes in fact the most execrable thing, mob rule.”

The one who leads a mob—no matter how large—is a demagogue. President Trump’s reckless disregard for the truth, the rule of law and the institutions of the republic are a clear and present danger to the body politic. We the people must use all peaceful, lawful means at our disposal to check his power and limit the damage.

And, as if he had been paid by them to prove their point, GOP dirty tricks op Roger Stone threatens death and violence against those who so much as think of impeaching Trump:

“Try to impeach him, just try it,” he said, becoming animated. “You will have a spasm of violence in this country and insurrection like you’ve never seen.”

Speaking of paid ringers, of the cherished lies of the Trump gang is the “paid protester”.  You know, this guy: 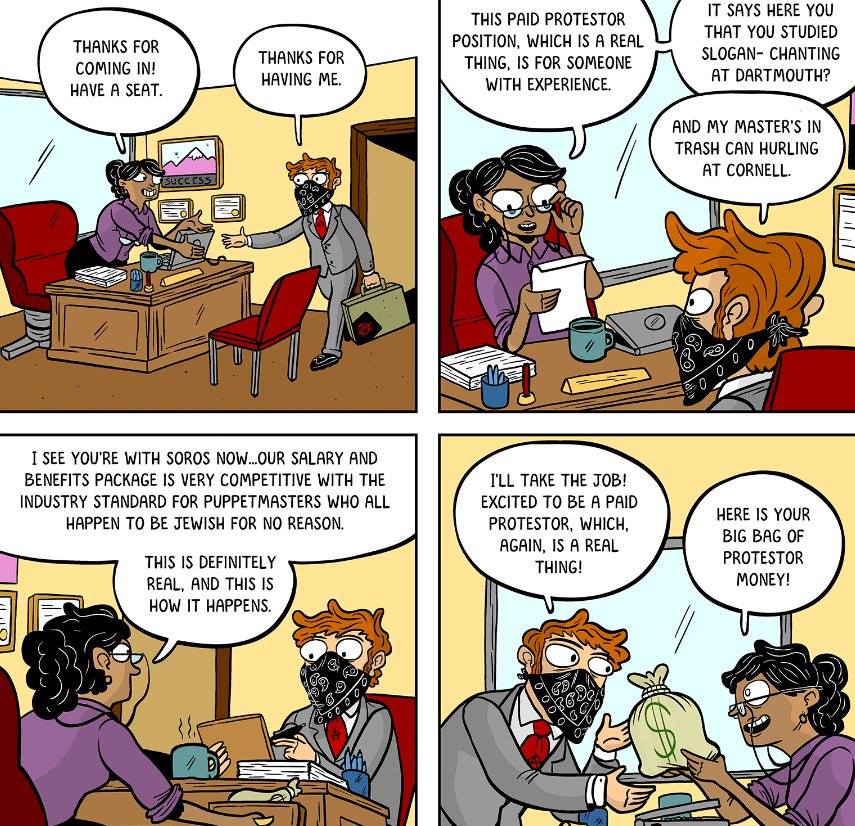 Here’s the thing, despite the deathless faith of the Trump supporter, there is, of course, no There there.

There is however, the documented fact that Trump himself hired a paid actors to cheer for his campaign. 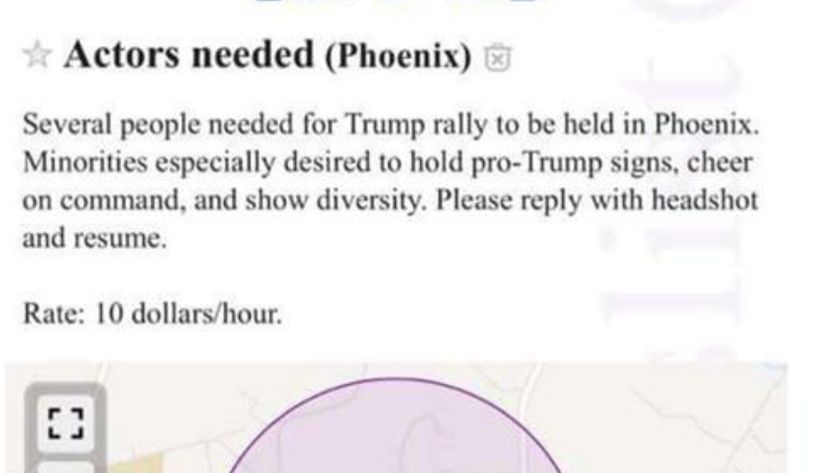 Of course, the same people who shout about the “paid Soros protesters” for whom there is no evidence shout “fake news” about the paid Trump demonstrators for which there is hard documentation.

I wonder why the people who are so certain of this conspiracy never go wherever it is they believe these thousands of paid protesters go, sign up, get the check, and expose the whole operation?

I think the only think this really illustrates is a pattern that has become more and more obvious with Trump and his true believers.  It is this:

With the Party of Trump accusation is always a form of confession.

August 24, 2017
Deacon Steven Greydanus and I had a great conversation yesterday
Next Post

August 25, 2017 Fr. Robert Spitzer is So Great
Recent Comments
0 | Leave a Comment
"Late to the game, but while I agree with him that the end doesn’t justify ..."
Catherine Hobbs Building Bridges of Trust vs. Winning
"I also think netflix is more evil than good, the things they have and support ..."
Jackson A reader struggles with scruples about ..."
"I am pretty sure remote cooperation is evil unless with proportionate reasons..."
Jackson A reader struggles with scruples about ..."
"Just one nit - the Dickey Amendment (the bit of law that supposedly "forbids" the ..."
Jon Heresy of the Day: Antinomianism
Browse Our Archives
get the latest from
Catholic
Sign up for our newsletter
POPULAR AT PATHEOS Catholic
1

The Dangers Coming From the 2021...
A Little Bit of Nothing
Related posts from Catholic and Enjoying It!