I somehow wound up on a spam list from some Alt Right server.  Periodically I get mail from different sock puppets who blather about “cuckservatives” and chatter about menace of the darkskins and white supremacy and “Western Civilization”.  Today I got something titled “Question” (a lie: it should be called “Half-Assed Manifesto”).  It read:

I am a college student, a conservative, and was born and raised Catholic.  However, I am now leaving the Catholic Church.  Here is why.

Like most of my younger conservative Catholic friends, I can no longer support a church that supports the Third World immigration and refugee invasion of the West.

Once upon a time, Catholics were tough, like when Charles Martel opposed the Moor invasion of France.

Today, however, Catholic leaders act like cuckolds and support the invasions of their own lands.  You see this ranging from Pope Francis all the way to Cardinal Dolan, who openly supports the Third World invasion of the USA.

I, like many of my younger Catholic friends, hereby am leaving the Catholic Church.

I’m sure the response of many “conservative Catholics” will be to criticize me, instead of actually opening their eyes and criticizing the fact that their “Church leaders” are supporting the invasion of the West.  They’ll attack the messenger instead of attacking the root cause.

You are an Alt Right racist, not a conservative.  And you are a heretic at war with Jesus Christ in grave danger of the everlasting fires of hell in your infatuation with white supremacist worship of power.  You asked no question because you are a liar.

If you do not return to the Faith, the faith of Charles Martel, you stand in grave danger of burning for all eternity in hell.

Race worship has been done before.  Holy Church condemns it as she always has.  Christ alone, not your blood or soil or DNA, can save you.

Repent or you shall be damned.

Manly enough for  you?

It is notable that Alt Right guys so often seem to be young white males who talk as though they have never had a father and are in search of some authoritarian they can get behind and find their identity in.  This is, of course, one of the many ways in which the task of youth–heroism–gets perverted and Alt Right Nazis draw on that natural yearning for some great cause to die–or kill–for.  Hitler understood that.

Channeled properly such a natural desire for heroism has made great saints.  John Paul II understood this.  It’s why he invented World Youth Days.  Youth naturally seek something they can hurl themselves into with intense courage.  John Paul showed them a Jesus who died for them and who calls them to die for him.  It’s what made young Francis of Assisi fling himself into a boat and go challenge the Muslims to cast themselves into a fire along with himself.  It’s what drove St. Joan into battle.  It’s what sent young martyrs in Africa to their deaths singing.

But perverted, it can turn young men into SS officers, lying to themselves that their monstrous sins are great acts of courage.  Indeed, one of the surest marks of grave evil is that the sinner boasts to himself and others of how much courage it takes to do such monstrous things.  The saint does not brag of his courage, he praises God and asks for mercy for his sins.

The kid writing above (assuming he is a kid and not a sock puppet invented to communicate the message “We are the Master Race of the Future, triumphing over your old tired religion!” like so): 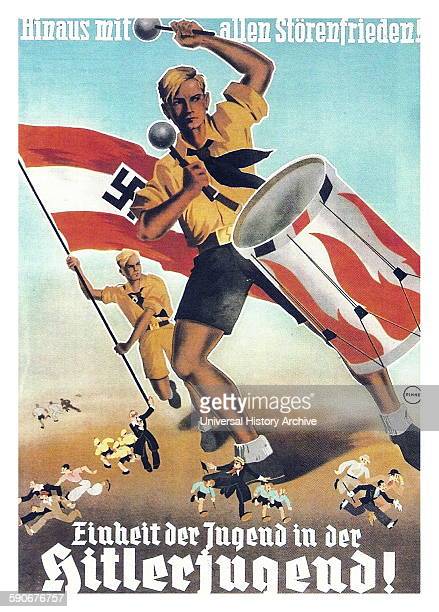 …is (like all these Alt Right guys) obsessed with his sperm.  That’s why he bizarrely speaks of “cuckolds” as he insults celibate “Catholic leaders”.  It’s all about the weird fear these guys have that darkskins will inseminate “their” white women.  The sexual insecurity of these wretched bully boys just leaps off the page every time they write.

It makes me want to pray for them and I certainly hope they repent.  At the same time, it reminds me that I believe in just war and that, if they do not repent, I have no compunction whatsoever about defeating them, grinding them into the dirt, and letting them wallow in their loserdom till they grow some repentance, ask why God has forsaken their loser cause, and consider asking for mercy for manifold sins.  It worked for a lot of Germans and I trust it will work for American Alt Right Nazis too. Give the choice between them and the millions of victims they long to create, I have no trouble at all siding with their intended victims.

September 15, 2017 Did an interview with KBVM in Portland
Recent Comments
0 | Leave a Comment
"Thank you for posting this interesting article."
Rendell Dolan Building Bridges of Trust vs. Winning
"Now I can't wait to take off my pants and enjoy it!👉----->>>HTTP://TELFS-3D.NET/JM27258s"
John C Memorial Day
"My body got hotter and hotter until I was soaked through.😉😉----->>>HTTP://TELFS-3D.NET/GD27258L"
StarkBanik Building Bridges of Trust vs. Winning
"No one knows your love better than I do! Believe me, this cartoon website has ..."
palanca_preta First Things: Against the Living Consensus
Browse Our Archives
Related posts from Catholic and Enjoying It!

Catholic
I have a lot of respect for Fr....
Catholic and Enjoying It!

Catholic
The Austin bomber is caught and, golly, turns...
Catholic and Enjoying It!

Catholic
From Russell Kirk to Milo Yiannopolous...
Catholic and Enjoying It!

Catholic
George Will Does Yeoman Service Warning Against the...
Catholic and Enjoying It!
TRENDING AT PATHEOS Catholic