Talking about hatred with a reader

I’m writing something about loving (and hating) our enemies, and I wonder if you ever feel that Trump or the anti-abortion but not pro-life segment risk becoming hated enemies?

Even more to the point, the issue is how we are to respond to people who are hateful to us and (even more difficult) those we love. I find it much harder not to hate those who are hateful to those I love. Insult me and I can cope with it reasonably well. Insult (or worse, hurt) those I love and I discover I have the instincts of a killer. There’s a reason I bang away at the Christian obligation for non-violence and forgiveness. It’s not because I think myself superior, but because I know how easily I could beat a man’s head in and enjoy every second of it if I found myself in a position where I could tell myself I was a hero for doing it.

And yes, I do struggle daily with complete contempt for Trump and his diabolically anti-Christian Christianist base that will tell any lie and stop at nothing in their lust for earthly power. Every day is an exercise in willing myself to forgive these wicked, selfish people as they make war on the least of these, using the unborn as human shields to do it, and wrap themselves in a star-spangled fake mantle of Jesus. Chesterton remarks that men are inspired to fight in war not merely because they hate something in front of them, but because they love something behind them. I hate Christianism with a pure and hatred because it is a diabolical parody of the gospel. The trick, which I fail at constantly, is to not hate Christianists. That, alas, is a work in progress. I try to name to myself person who has enraged me today with some spiteful remark about refugees, the poor, or the children they gleefully rob and remind myself that they are often so brainwashed that their culpability may be low or non-existent. But forgiveness is not excusing. It’s for actual sin. So I think of my real actual sins and the times God has forgiven, not excused, me. If I have not love, I am clanging symbol.

It’s a huge struggle for me. But there it is. It must be done if I’m to hope for heaven.

I’ve noticed in myself a tendency to latch on to these enemies in my own mind, who are “what’s wrong with the world”, whether they be progressives, hypocritical conservatives, or just people who persistently fail to agree with me on issues where I know I’m right and they’re wrong.

I’m leery of anything that gives any quarter to hating our enemies at all. I don’t need any encouragement in that direction. I think hatred of enemies is a thing that needs to be killed stone dead as much as we can do it. Not that I’m good at that. But I think the effort to kill our hatred of persons (while somehow holding fast to our hatred of sin) must be made.

I’m not asking you to post it on the blog, just wanted to share it with you in the spirit of friendship and genuine self-examination about the people we disagree with. It was largely prompted by reading a recent article about Hiroshima and Nagasaki, and being overcome with feelings of anger at what appeared to me to be the usual attempts by conservative Christians to vindicate the atrocities. I suddenly realised that I felt real hatred/anger towards these people for daring to persist in their willful ignorance and blindness. And I was essentially saying “thank you lord that I am not like those people”.

It’s hard. The lying and repellent apologetics for mass murder that utterly pervade Christianist apologetics for every form of the culture of death the Party of Trump Freak Show loves *is* a stench in the nostrils of God and it is absolutely right and proper to hate it with all your soul. But it must be hated precisely because it perverts and destroys those who spew it and is a clear and present danger to the witness of the gospel. I’ve been reading Jeremiah lately. It helps me to see that he didn’t have all the answers either and spends his time griping at God about not knowing what to do and how isolated and rejected he feels. This stuff *is* hard and there aren’t easy answer.

You’ve written about anger in the past, but I’ve felt pretty cool about myself. Only, it turns out my cold hard hatred and contempt is no better….

We not only can, we must. That’s only possible with the help of the Holy Spirit.

I think the difference is that N Korea seems so big and distant we have no trouble accepting that it’s all in God’s hands. Yet when it comes to people who disagree with us and hold the wrong views, we feel like we ought to be able to correct them, or combat them, or overcome them, so we take the battle into our own hearts and minds, with them as the enemy.

Paul’s advice about distinguishing between flesh and blood on the one hand and powers and principalities is essential, I think. I’m not using a figure of speech when I say I think Christianism is diabolical. I’m being coldly theological. I believe it is a work of the devil and that some people are consciously cooperating with evil while most are probably far less culpable, just parrotting what they’ve been told to say by media and culture sources they have been conditioned to parrot. My bet is that a lot of people are increasingly ill at ease with the lies they parrot (for instance about Trump’s and Moore’s victims), but don’t have the grounding in the faith to know what to do. So I pray and I try to bring light as best I can from the Tradition. I mostly suck at it but I have no choice but to try. I make boocoo enemies. You will too. But as Teresa of Calcutta says, we are called to be faithful, not successful.

At least, that’s what I’m thinking at the moment.

Thanks for trying to be faithful! 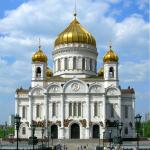