The NRA is bleeding corporate ties

…and you can help it hemorrhage to death. Credo has a petition to the remaining corporate sponsors of this poisonous organization with this message.

“The NRA is a dangerous extremist group. Its ‘guns everywhere’ agenda threatens public safety and makes it almost impossible to pass gun control legislation at the federal or state level. It’s time to stop supporting them.”

The petition can be found here.

And, by the way, the latest lie from the NRA is that it is not a political lobby:

They own the GOP.  And in their panic they are now sending threats to GOP pols to stay on board or face excommunication from the Cult: 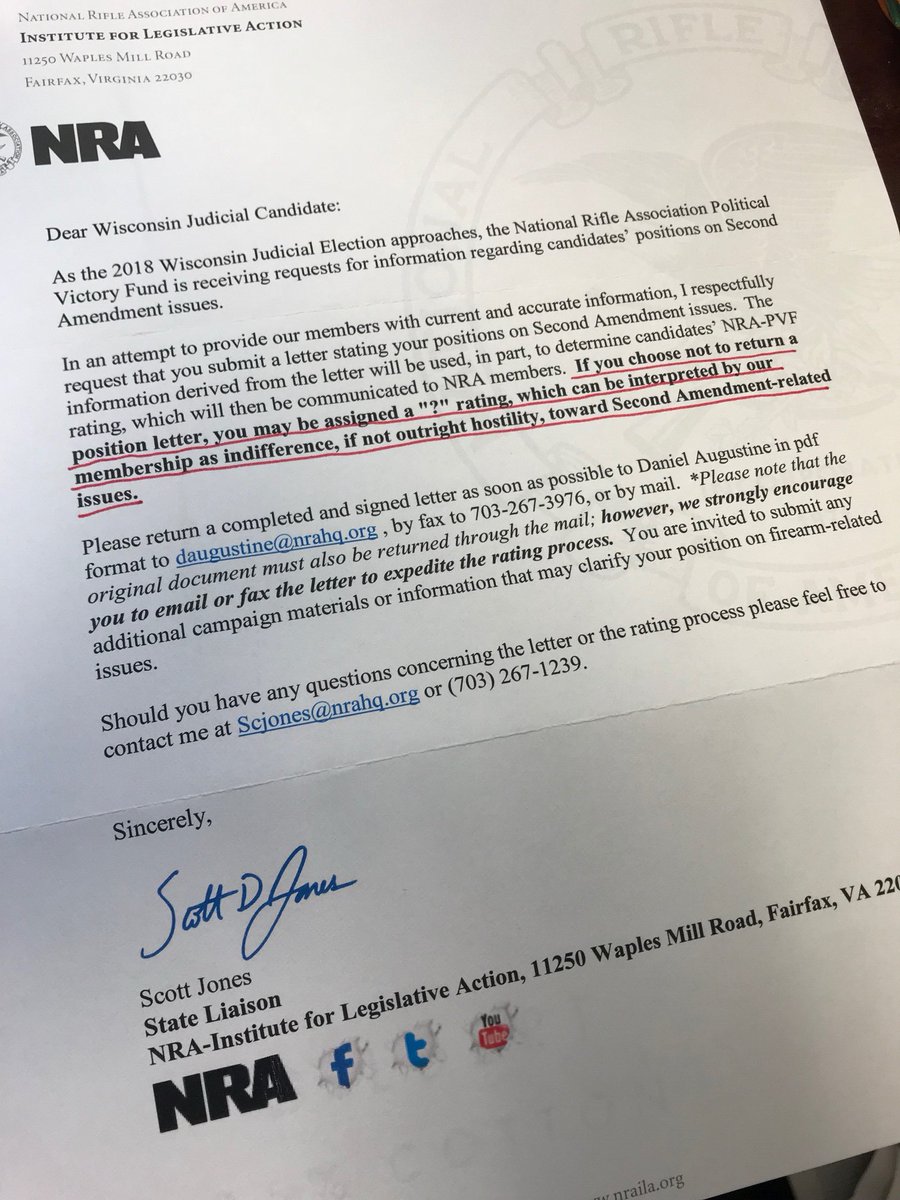 And their slaves dutifully comply by sending extortion notes to corporations who dare to cut their ties:

You may ask yourself, “Why does Delta *owe* the NRA anything?” The answer, of course, is that they don’t, but the Gun Cult eats, sleeps, and breathes lies and that your question is irrelevant to them.  Because the GOP owes the NRA, and so “not giving gun nuts a discount they are in no way owed” is now punished by the GOP as hate speech. And in a classic illustration of how sin makes people stupid, the GOP-controlled Georgia Senate is willing to risk having Delta simply move their corporate headquarters out of Georgia rather than offend a pack of butchers who do not care if my grand-daughters live or die.  The NRA care about nothing but themselves.  Certainly not the victims of Parkland–over a dozen of whom have now received death threats from the filthy liars who said that we could not call for gun control “out of respect for the victims”.

The NRA has run this country long enough.  No more child sacrifices to this cult of death.  Crush the NRA. Let not one stone of the temple of false religion remain upon another.

February 28, 2018
Opposite evils--so far from balancing--aggravate one another
Next Post

Catholic
Racism, Anti-Semitism, and the Gun Cult
Catholic and Enjoying It!

Catholic
Perhaps they should rename it...
Catholic and Enjoying It!

Catholic
There have been 204 mass shootings in 204...
Catholic and Enjoying It!

Catholic
We don't have a nuke problem with Iran
Catholic and Enjoying It!
TRENDING AT PATHEOS Catholic