On the Dumb Nike Flap

Here is what is the real problem with Nike and always has been: it is a sweatshop corporation that pays starvation wages to foreign workers toiling in oppressive conditions.  Christians–that is, disciples of Jesus Christ–actually care about that and see the lot of crushed and impoverished workers abroad as related to, not the opposite of, the right to life for unborn children.  That’s because they have refused the programming of Republican Rite catechists in Right Wing Noise Machine both Catholic and secular and have instead listened to the whole weave of the Church’s teaching, which defends the dignity of human life from conception to natural death.  They have been boycotting Nike for years–for the right reasons.  It’s the same reason they were able to grasp–as Christianists have battled not to grasp–that mocking the disabled like this is wrong:

Christians, as distinct from Christianists have mastered the incredibly complex feat of not eternally pitting the unborn against all the other forms of human life the cult of Trump wants to rob, harm, mock, and kill.

Meanwhile, suddenly, the day before yesterday, Christianist racists got all upset about this:

Here’s the actual deal then:

If you want to mock Nike as it richly deserves to be mocked, do it this way:

But that’s not at all what upsets white racist Christianists. They never cared about a company that employs people at slave wages.  What sent them into conniptions was honoring a black guy who protests police butchering and falsely jailing black people in the largest gulag on Planet Earth.  You know, like this:

BREAKING: After charging this young man, 21 y/o Raheem Howard w/ the 1st degree attempted murder of a police officer, the DA now admits that they:

They just dropped all charges. pic.twitter.com/gBb0xrTkhO

With the infinite wisdom that understood Rosa Parks to be objecting to buses and Freedom Marchers to have an irrational dislike of water fountains, the geniuses in Trump’s base have concluded that Kaepernick just hates the flag.

And so, they have wisely started burning their property that they already paid Nike for, because they are stable geniuses like the man who gins them up. J.K. Rowling expresses the pain and devastation Nike is feeling about all this, as a veteran of similar boycotts from similar geniuses:

Well, the fumes from the DVDs might be toxic and I’ve still got your money, so by all means borrow my lighter. pic.twitter.com/kVoi8VGEoK

Indeed, even Matt Walsh grasps the depths of stupidity among the Greatly Offended Whites:

Look, if you want to prove your star-spangled patriotic purity, try being something Right Wing Culture Warriors never think of being: generous to somebody they pretend to care about:

Meanwhile, let’s be clear what this is really about: offended racists, not offended patriots and not those who “support the troops.”  For crying out loud, it was a Green Beret who suggested to Kaepernick that kneeling during the anthem would be a good way to peacefully protest the real injustices faced by minorities in this country. Listening to chickenhawks like Trump blather about “the troops” and declare–in direct contradiction to his Oath–that protest should be illegal in the United States is the real assault on our country.

Here’s reality.  For this mob, there is no circumstance whatsoever under which it is the right place or time for black people to protest injustice.  Indeed, this summarizes the “just stop existing” approach that Trump and his base take toward Minorities With Opinions: 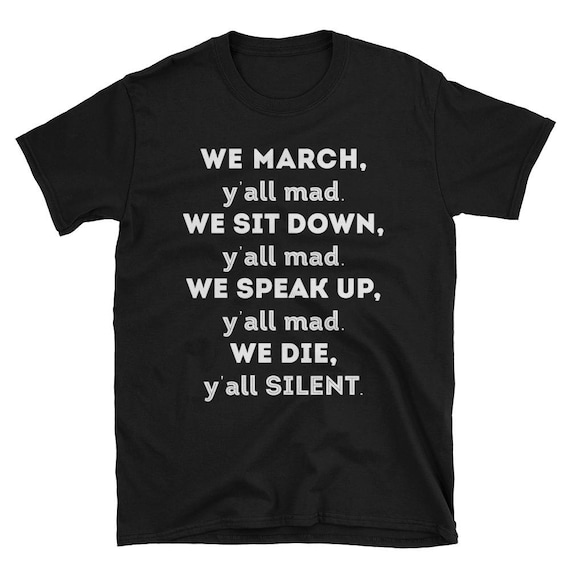 And this nicely summarizes the lofty sense of privilege the Deeply Offended have as they stoop down to explain to those who dare to exist just what they are allowed to do:

A word about that “gratitude” thing: When a black football player protests racism and police violence peacefully, he is always reminded that he should be “grateful” for what this country has given him. Here is what is really being spoken whenever this dynamic plays out:

When white people do well in this country, it’s because of their hard work and pluck. When the black president reminded them that the infrastructure of this country was not their doing, but was the fruit of immense state efforts to, for instance, create the colossal interstate system under Eisenhower or electrical grid under Roosevelt, he famously told them “you didn’t build that”.  The ginned up Right Wing Lie Machine outrage over that supposed insult to hard-working white individuals resounded for weeks. How dare the black guy suggest we owe a thing to our country? We hard-working independent white people did it all with no help from anybody.

And when those white people march under the banners of the two regimes–Confederate and Nazi–who spilled more American blood on the Stars and Stripes than any other, our Traitor -in-Chief calls the marchers “very fine people” and pretends he gives a crap about the American flag while he calls the black protester Kaepernick a son of a bitch.

But when black people do well in this country, they are instructed to be “grateful”. They are where they are because we white people allowed them to get there and they would be nothing without our generous patronage and support. They didn’t build that. We did. And we might just take it away if they get too uppity.

Don’t ever forget that double standard. It’s one of the reasons people like Kaepernick kneel.

Finally, note this:  When Christianists say that “We need to focus on abortion and not be distracted by lesser issues” what they actually mean is that they should be allowed to devote most of their time and energy to making war on the rest of the Church’s teaching (and piddle away their time and energy engaging in the pettiest culture war spats) without hindrance from those of us who believe the Church’s whole teaching. They mean they should be allowed to hide behind the unborn as human shields and accuse those of us who simply agree with the Church’s complete teaching of “watering the prolife message down with liberal SJW junk” whenever they are challenged.

Case in point, Fr. Peter West, former head of Human Life International and dedicated Republican Rite Catholic, seen here taking time out (as he so often does) from being a priest of the gospel and an advocate for the unborn to courageously defend racial injustice and police brutality:

You may ask: “What does this have to do with the prolife mission or the gospel?”

Absolutely nothing. Which is my point.  He openly acknowledges that, in his view, the problem is that Kaepernick “protests racial injustice and police brutality”.  Note his peculiar moral clarity and even more peculiar moral blindness.  He doesn’t claim Kaepernick protests the flag, or the troops, or America.  He understands that Kaepernick opposes racial injustice and police brutality.  And still he urges his flock to make war on Kaepernick.  Why?  Because, though it is not contrary to the gospel nor to the Church’s prolife teaching, it is contrary to the racist agenda of the Party of the Trump, which Fr. West worships, serves, and adores.

So instead of “focusing on the unborn”, Fr. West–as he so often does–diverts his time and energy (and that of his followers) to gin up hostility to a man who has done nothing–nothing whatsoever–contrary either to the dignity of human life, nor to the gospel of Jesus Christ.

Bottom line: if you want to protest Nike, protest their cruel exploitation of their workers.  Protest, even, their cynical use of Kaepernick to mask that exploitation of their workers.  But if you are only upset because Kaepernick offends your delicate racist sensibilities and your need to prostrate yourself to the power of the Party of Trump, then don’t kid yourself that you are motivated by the gospel.

What If Someone You Love is...
Public Catholic
Related posts from Catholic and Enjoying It!

Catholic
Bullying the Scrupulous
Catholic and Enjoying It!

Catholic
Precious Heritage vs. Just Get Over It
Catholic and Enjoying It!
TRENDING AT PATHEOS Catholic