Yet again a GOP court pulls away the football by signalling continuity in its stance on abortion, blocking a law that could leave only one provider in Louisiana.

And, 38 years of history are any indication, yet again you guys will go on being the biggest suckers in all of American politics. You never learn and I fear you never will.

Tell me more about how I have “blood on my hands” for not being stupid enough to think your Cult and its Court are going to magick abortion away.

Tell me again about how my failure to bow down to your stupid 38 year strategy of just getting enough GOP appointees to the Court as the one and only way to defend the unborn makes me an apostate.

Tell me again about how wisdom will die with your dumb, self-righteous Cult of self-regarding clannish prigs and its monomaniac plan to make a GOP court fix what two GOP courts created and entrenched.

It’s your proud, stupid, blind refusal to think, combined with your ignorant excommunicating fury directed at anybody who dares suggest there may be other options that fills me with exasperation for you arrogant dumbbells. It’s the utter lack of humility. The cliquish certitude that you know who is in and out of God’s grace for thinking differently from your Righteous selves. The dumb willingness to assume that differing with your blasphemous, desecrating, politicized Right Wing leadership must mean one is “secretly a babykiller”–that what nauseates.

Consider it possible that some of us can oppose abortion without marching in lockstep with a stupid political machine that plays you for suckers again and again while handing out little participation trophies while uses and sabotages you.

Hell yes, I’m angry. You proud suckers have exiled from your ranks people who have tried to help you for years because your arrogance imagines you have it all figured out. And all it’s achieved is another betrayal while turning millions of you dummies into apologists for child kidnapping, cruelty, and a treasonous criminal moron and sex predator.

I do not know you could possibly fail more completely if you tried. You are the living incarnation of Uncle Screwtape’s gloating assessment of those who make the Faustian Bargain you have made with the Cult of Trump:

To get a man’s soul and give him nothing in return–that is what truly gladdens the heart of Our Father Below.

And yet even now God offers you the chance to repent, break off your chains to the Cult, and return to thinking with the Church’s consistent life ethic and not with a political lie machine that urges you to use the unborn as human shields for all the evils your political masters have commanded you to defend. Even now, you can start over by listening to the Church and not FOX and Limbaugh and and Ingraham and Arroyo and your suffocating Bubble of like-minded suckers. Even now you can embrace the Church’s teaching which calls you to conversion of heart and to living out the consistent life ethic that puts first the least of these from conception to natural death.  Even now you can finally get a clue and reject the thieves, scoundrels, traitors, and mammon worshippers who have stabbed you in the back yet again.

Paul, in exasperation, speaks with the voice of Christ to the Corinthian Church. It is apt for the Republican Rite White American “prolife” demographic in this hour:

For you gladly bear with fools, being wise yourselves! For you bear it if a man makes slaves of you, or preys upon you, or takes advantage of you, or puts on airs, or strikes you in the face. To my shame, I must say, we were too weak for that! (2 Co 11:19–21).

Repent and stop being everlastingly played for suckers by a political machine that cares nothing for you, Christ, or the unborn.

I’ve been harsh in this post because, as Flannery O’Connor says, “When people are deaf, you shout.” But my hope is that at long last conservative Catholics will wake up and break the spell they’ve been under for decades. It is time for the conservative members of the Church to stop putting their hope in the GOP for their salvation and start looking to Jesus Christ again. 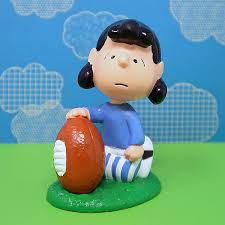 Catholic
Dietrich Bonhoeffer on Stupidity
Catholic and Enjoying It!

Catholic
The Awful Witness of White Conservative Christian Trump...
Catholic and Enjoying It!

Catholic
Avik Roy is Right
Catholic and Enjoying It!

Historically Empowered: Catholic Women
Women in the Catholic Church have enjoyed a more equal position with...
view all Catholic blogs
What Are Your Thoughts?leave a comment
Copyright 2008-2021, Patheos. All rights reserved.