There’s just no other way to put it.  After a President they elected *because* not in spite of, his openly racist campaign makes clear that he cannot bring himself to unequivocally condemn Nazis, KKK, and white supremacists, Trump’s numbers hold rock steady with supporters who feel that they–white Christians–are the *real* victims.

Indeed, a new poll from the respected Public Policy Polling organization has appeared with extremely disturbing results. An overwhelming plurality of Trump voters believe white people face the most race discrimination (45 percent to 17 percent saying Native Americans and 16 percent saying African Americans), and that Christians make up the religious group facing the most discrimination (54 percent, compared to 22 percent for Muslims).

Then there’s this: Not only do 71 percent of Trump voters support the Confederate monuments, a stunning 13 percent wish the South had won the Civil War, while another 24% aren’t sure. Nearly forty percent of Trump’s Good White Christian base lean, in various ways, toward the proposition that a treasonous regime whose raison d’etre was black slavery and white supremacy (and which killed more Americans than Adolf Hitler) was not a bad idea. And given the religious backgrounds of Trump voters, odds are high that most of those people consider themselves Christian.

This is all a million miles away from the gospel.  And these guys wonder why Christianity is declining with their children.

Trump has now passed the 1000 mark in the number of lies he has told merely since his inauguration.  When you still cling to defending somebody who has lied a thousand times, you no longer get the “confused” or “innocently deceived” benefit of the doubt.  From here on, you are an active accomplice and share every bit of blame.

To be clear, that refers, not to the “I felt I had no other choice” voter of 11/8/16.  It refers to the person still actively defending him after Charlottesville and Lie 1000.  God allows U turns.  So repent already, Trump defenders.  God is not mocked.

August 26, 2017 What the President of the United States...
Recent Comments
0 | Leave a Comment
"Late to the game, but while I agree with him that the end doesn’t justify ..."
Catherine Hobbs Building Bridges of Trust vs. Winning
"I also think netflix is more evil than good, the things they have and support ..."
Jackson A reader struggles with scruples about ..."
"I am pretty sure remote cooperation is evil unless with proportionate reasons..."
Jackson A reader struggles with scruples about ..."
"Just one nit - the Dickey Amendment (the bit of law that supposedly "forbids" the ..."
Jon Heresy of the Day: Antinomianism
Browse Our Archives
get the latest from
Catholic
Sign up for our newsletter
POPULAR AT PATHEOS Catholic
1

Catholic
Dietrich Bonhoeffer on Stupidity
Catholic and Enjoying It! 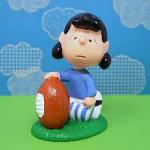 Catholic
Avik Roy is Right
Catholic and Enjoying It!