Catholic and Enjoying It is on the air live at 7 PM Pacific (10 PM Eastern) every Monday night.  Tonight, we will be discussing the Consistent Life Ethic and prolife feminism and giving ourselves up to general jollification for the hour.  You can listen here and you can call into the show at 1-866-333-6279 while we are on the air to chat with us yourself.

My guest, Destiny Herndon-de la Rosa is one of the founders of New Wave Feminists.  Here’s what they have to say about their work:

We subscribe to something called the “Consistent Life Ethic”

It’s a belief that all human beings should be free from violence for the duration of their lifetime. That means we’re anti-war, anti-death penalty, anti-torture; and we extend this philosophy to our earliest moments of existence by also being anti-abortion.

We get that this last one is kind of tricky seeing as the unborn fetus is inside of someone else’s body and often considered part of the woman’s body itself. But science shows us that the fetus has its own body, separate DNA, a separate heart beat and brain waves, and is a totally unique genetic creation.

Many would say that the fetus is actually the most vulnerable member of the human family and yet, because it is smaller, weaker, and can’t tell us to stop, we’ve decided it’s okay to dispose of it however we see fit.

It’s the ultimate in “might makes right” thinking, which women were subjected to for most of history, and in many parts of the world still suffer under. Because men were stronger and had most of the power and resources, they were able to treat us as property.

Now we are passing that same type of oppression down to our unborn children… and calling it liberation.

Look, we don’t work to make abortion illegal. We work to make it unthinkable and unnecessary. And we do that by getting to the root of the need for it.

Our world spends a lot of time tearing down women; we want to be a part of building them up. 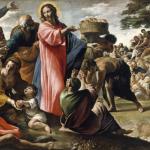 August 5, 2019
Part 3 of my series on Catholic Social Teaching: The Common Good, Part 2
Next Post 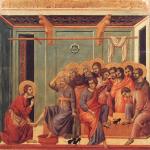 August 6, 2019 Part 4 of my series on Catholic Social Teaching: Subsidiarity, Part 1
Recent Comments
0 | Leave a Comment
Browse Our Archives
Related posts from Catholic and Enjoying It!

Catholic
My guest this evening will be Scott Stantis,...
Catholic and Enjoying It!

Catholic
In case you missed them....
Catholic and Enjoying It!

Catholic
My guest this evening is Mike Lewis of...
Catholic and Enjoying It!
TRENDING AT PATHEOS Catholic