I’ll give this to Libertarians…

Unlike an awful lot of “prolife” Catholics and other conservative white Christians, they are on the front lines when it comes to abolishing the death penalty, rather than fighting for this barbarity even against Holy Church herself.

Here, for instance, is a statement from Conservatives Concerned About the Death Penalty (a nationwide group of conservatives questioning whether capital punishment is consistent with conservative principles and values due to the system’s inefficiency, inequity, and inaccuracy. Conservatives Concerned About the Death Penalty is a project of Equal Justice USA, a national, non-partisan, grassroots organization working to transform the justice system by promoting responses to violence that break cycles of trauma):

Statement of Support to End the Death Penalty

Nobody, nada, not one single conservative among the signatories identifies as Catholic and opposed to the death penalty (though there may be some Catholics among them).

The reason for this glaring absence is not far to seek.  Just as they battled the Church tooth and claw to justify torture a decade ago and formed the leading theological shock troops for making war on the clear teaching of the Church in total defiance of the Magisterium, so conservative Catholics have tended to likewise make a name for themselves by their dogged advocacy of the death penalty in defiance of the Church, like this: 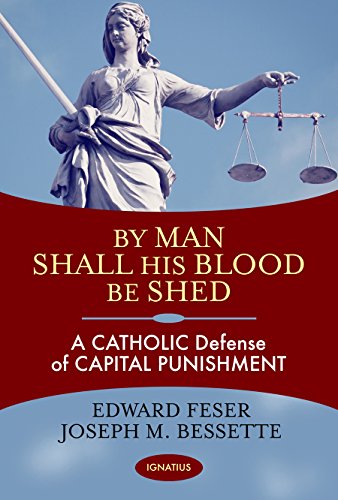 “Well, Mark, you have to admit that opposition to the death penalty is a not a de fide teaching.  So Catholics are free to ignore the pope on this as on all non-dogmatic teaching.”

No.  They are not.  Prudential judgment is not Catholicese for “Feel free to make war on the authoritative teaching of Holy Church.”  And this is doubly true for conservative Catholics who have proven themselves so wrong about so much so many times for so long that their massive case of Dunning-Kruger Syndrome blinds them to the fact that only a complete and utter fool would trust their prudence over that of the Magisterium’s teaching.

Among the principal duties of bishops the preaching of the Gospel occupies an eminent place. For bishops are preachers of the faith, who lead new disciples to Christ, and they are authentic teachers, that is, teachers endowed with the authority of Christ, who preach to the people committed to them the faith they must believe and put into practice, and by the light of the Holy Spirit illustrate that faith. They bring forth from the treasury of Revelation new things and old, making it bear fruit and vigilantly warding off any errors that threaten their flock. Bishops, teaching in communion with the Roman Pontiff, are to be respected by all as witnesses to divine and Catholic truth. In matters of faith and morals, the bishops speak in the name of Christ and the faithful are to accept their teaching and adhere to it with a religious assent. This religious submission of mind and will must be shown in a special way to the authentic magisterium of the Roman Pontiff, even when he is not speaking ex cathedra; that is, it must be shown in such a way that his supreme magisterium is acknowledged with reverence, the judgments made by him are sincerely adhered to, according to his manifest mind and will. (Lumen Gentium 25)

In short, unless you can show a damn good reason why you think it is absolutely necessary to fight the Holy Father so that you can kill innocent people in order to unnecessarily kill the guilty, then you should just be quiet.

This is quadruply true if you have spent the past fifteen years lecturing everybody on the need to “focus on the non-negotiables like abortion” while in fact focusing on making war on the Church for the Right Wing Culture of Death. You should listen to your own advice and try channeling that energy you used to devote to torture advocacy and currently devote to death penalty advocacy into actually defending the unborn. Don’t be like William Barr, Opus Dei Celebrity Folk Hero, and pretend that you are making war on the Church’s teaching in order to “uphold Real Catholic faith”:

Barr: We must execute this man for the victims.

“But Mark! Barr’s just upholding the law of the land!”

Really? Seriously? You are going with that? The personal consiglieri of the most corrupt enemy of the Constitution our Republic has ever seen cares about ‘the law of the land’?

Okay. Sure. Fine. Super-Catholic Barr must obey Caesar rather than God–cuz he’s just doing his job (in between obstruction of justice for his Mob Boss). Whatevs.

So you must likewise be super-outraged that Joe Biden was denied communion last week. He is, you know, also “just doing his job and obeying the law of the land” (as GOP Neil Gorsuch calls Roe v. Wade). Or did a I detect a whoop of glee from conservative Catholics when Biden got his comeuppance for putting the laws of man over the laws of God?

All this “He was just obeying the law of the land” junk is reserved by MAGA Catholics only for those who make open and naked war on the clear teaching of the Church when the GOP Cult of Trump does it.  When Dems do it, they are (rightly) accused of putting the law of man over the law of God.

At this point, it is customary for the Catholic Court Prophets to begin pettifogging over the fact that abortion is gravely and intrinsically immoral and capital punishment is not.  Of course, if grave and intrinsic evil really mattered to them, the same people eager to execute would not have also spent the previous decade passionately defending torture (and still applauding for it when their god king and others use it as an applause line at conservative soirees).  But the whole “grave and intrinsic evil” thing is just a smokescreen.  It’s the same trick as invoking “prudential judgment”: the attempt to turn the Church’s authoritative teaching into an elaborate and stupid game of “Simon Peter Says” in which the goal is not maximum love of God and neighbor but the bare minimum obedience to the moral law.

This Minimum Daily Adult Requirement approach to the dignity of human life was, by absolutely no coincidence, the basis for one of the most popular conservative Catholic arguments for defying the Church on torture.  It went like this:

“Hey! According to Just War Teaching, we get to kill people in war and that’s worse than torture.  So why don’t we get to torture them?”

Answer:  Because we don’t get to kill in war.  We sometimes have to kill in war.  And if killing can possibly be avoided, just war teaching says we must try to do that.  That’s why, the moment an enemy combatant becomes your prisoner you are not allowed to shoot him and must provide him three hots and a cot.  Because he is a human being.  And because he is a human being, you must not torture him either.

The Church’s essential development on the Death Penalty is simply this: “Don’t kill people if you don’t have to.  You don’t have to, so don’t.”  The Church need not declare (and hasn’t) that the DP is gravely and intrinsically immoral to say that.

In addition to that development, there are a bunch of side reasons that are also benefits to not killing people who don’t need to be killed.  These include:

It will be noted that the last side-benefit–curbing state power against the individual (including the power to tax)–is really the driving issue for Libertarians.  The statement above argues against it on  a descending scale of reasons:

I’m fine with Libertarians opposing the death penalty primarily for the least noble reason. The death penalty is expensive and inefficient.  Morally, that’s an argument similar to “Ax murder is primarily wrong because it gets blood on your clothes”.  But in the end it matters more what they do than why they do it.  So I applaud them.

Meanwhile, the tragedy is that, for the Greatest Catholics of All Time in their ongoing war with the Holy Father, the first four side-benefits in the bullet points above are of little or no interest. This demographic supports our brutal kidnapping Racist-in-Chief in huge percentages and thinks discussions of the overwhelmingly racist issues behind the death penalty are not a question related to the fifth commandment, but related to wussy pro-abort liberalism that needs to be reflexively pwned without a movement of the grey matter at every turn.  And because they hate “liberal snowflakes” more than life or common sense, they don’t even care about the Libertarian’s worries about the state’s expensive and inefficient taste for blood. It is more important to them to kill than it is to observe even the lowest form of prudence.

Solution:  Just stop wasting everybody’s time fighting the Church for your cult of death and do what you say you want to do: focus on fighting abortion.  You don’t even have to spend time trying to abolish the death penalty.  Just stay out of the way of decent people–like Conservatives Concerned About the Death Penalty–who are trying to abolish it.

November 7, 2019
More on the Cognitive Dissonance of Death Penalty Defenders
Next Post

Catholic
More on the Cognitive Dissonance of Death Penalty...
Catholic and Enjoying It!

Catholic
Reader DoughnutGuy Gets It
Catholic and Enjoying It!

Catholic
Cdl. Burke Dissents from the Church's Teaching
Catholic and Enjoying It!

Catholic
Texas Recently Murdered a Man for a Crime...
Catholic and Enjoying It!
TRENDING AT PATHEOS Catholic