Adam, Eve, and the Covenant of Marriage

Early in the biblical narrative, God reveals His purpose and plan for marriage. In fact, marriage is a central part of the Creation story. The Lord didn’t just create marriage; he wove it into the very fabric of our existence.

We’re all familiar with the first chapters of Genesis. God creates the world and everything in it, then creates Adam and puts him in a place of unimaginable beauty and abundance. Adam is given everything he needs for a long and happy existence.

But one day God looks at the Garden of Eden and sees that His creation is perfect in every way but one. “The LORD God said, ‘It is not good for the man to be alone. I will make a helper suitable for him’” (Gen. 2:18). So God puts Adam to sleep, removes a rib from his body, and uses it to form Eve.

God creates every other creature from dust, but Eve is special. I believe this is because Eve is more than just another creation, but instead the completion of a creation already in progress. “The man said, ‘This is now bone of my bones and flesh of my flesh; she shall be called “woman,” for she was taken out of man’” (Gen. 2:23).

Despite being two unique creations, God binds Adam and Eve by a common identity unlike anything else in all of creation. They are two separate individuals—with different needs, appearances, and personalities—but God declares them “one flesh” (Gen. 2:24).

In doing so, God performs the world’s first marriage ceremony. He is the first “Father of the Bride” and the first presiding minister. In speaking this supernatural blessing over Adam and Eve, He reveals His ultimate design for marriage to be a covenantal relationship.

The word covenant is not to be taken lightly. In Hebrew, it means “to cut.” When two parties entered into a solemn and binding agreement, they would hew an animal in two and walk together between the bloody halves of the carcass.

By “cutting covenant,” the two parties promised to walk faithfully within the boundaries of the oath, pledging to suffer the same fate as the animal if they broke the covenant.

For instance, later in Genesis, God uses the blood, sacrifice, and solemn pledge of the covenant ritual to seal His promise to form a mighty nation with Abram’s descendants. In the Bible, God regularly makes a covenant to establish a relationship with His people. Covenant creates a bond that is far more intimate and binding than a simple promise.

When God puts Adam to sleep to remove his rib, he literally cuts open his side and then closes up the wound. That’s surgery! The blood and pain and sacrifice set the stage for the blood covenant of the first marriage.

Because Adam needs a partner, God forms Eve with Adam in mind, giving her all the features and attributes that make her Adam’s perfect mate. She has exactly what Adam needs for a happy, productive life—physically, emotionally, and spiritually—sealed by the power of covenant.

Make no mistake: God has a purpose for your marriage just like He did for Adam and Eve. He created your spouse with you in mind. He has a plan for your marriage, and He takes the marriage covenant seriously. Do you?

August 27, 2018
The Secret of Ultimate Sexual Fulfillment
Next Post 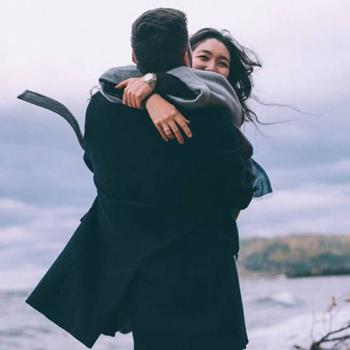 Family
5 Keys to a Healthy Sex Life in...
MarriageToday

Family
7 Signs your Husband is Depressed and How...
MarriageToday
TRENDING AT PATHEOS Family