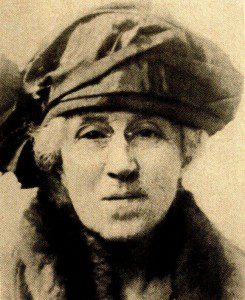 Regina Theresa Sherwood was for many years closely aligned with religion, education and charity in Nassau County. She lived in Glen Cove for 66 years and her intense Catholicity and beneficent work were recognized by Pope Benedict XV. Mrs. Sherwood was born in New York City, the daughter of Mr. and Mrs. Martin Stoll, and resided there for twenty years. In 1873, she married James Ogden Sherwood of Montana in St. Patrick’s Church, Glen Cove, with Very Rev. Msgr. James McEnroe, the pastor, officiating. Mr. Sherwood was founder of the Nassau Union Bank of Glen Cove and the director of several railroads and banking institutions. After taking up residence in Glen Cove, she took a keen interest in St. Patrick’s parish and school and in all civic movements. She gave the famous white marble altar in St. Patrick’s Church as well as many statues in and about the church and the parish school. She perpetuated the Sherwood Medal awards both in Catholic and public schools of Glen Cove in memory of her son who died as a child in 1888. She was a director on the board of the Kings Park Hospital and of many other institutions. Her private, as well as public, charities were both great and extensive. Pope Benedict XV created Mrs. Sherwood a Papal Marchioness. Rt. Rev. Msgr. John B. York, as the delegate of Bishop McDonnell, presented the Papal honor to the Marchioness December 9, 1919. Mrs. Sherwood died November 26, 1933, in her home in the Red Springs colony of Glen Cove after an illness of two years and was buried from St. Patrick’s Church.

May 28, 2014 Catholics at West Point, a 1908 Survey
Recent Comments
0 | Leave a Comment
"Very interesting. Why did the Jesuits change the name of the school from a saint's ..."
Kristin Nealon Wilson Ocds Who’s Buried in Catholic Cemeteries?
"It is a joy to that you are back blogging. Thanks for the reference to ..."
Joe A Church Historian’s First Communion
"Thank you for all your enjoyable, informative posts on Church history. I agree that the ..."
Kathleen Brady Looking at the Scandals– A Church ..."
"Such laws might have done Ireland some good, in the case of the Magdelenes. The ..."
HematitePersuasion “A Million Foreigners, Most of Them ..."
Browse Our Archives
Follow Us!

Love Trumps Surprises
“Is it not a strange fate that we should suffer so...
view all Catholic blogs
What Are Your Thoughts?leave a comment
Copyright 2008-2020, Patheos. All rights reserved.