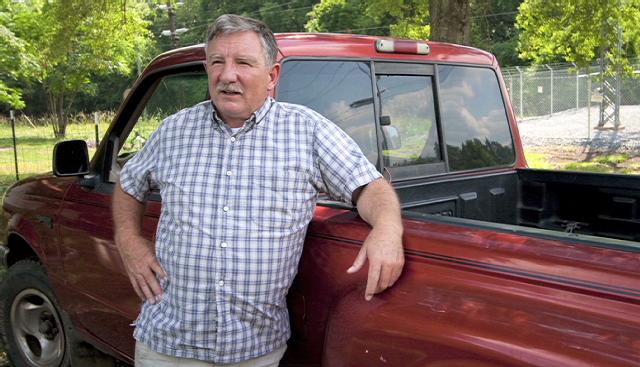 Came across a story on CNN about Paul Bridges, the “conservative Republican” mayor of Uvalda, Georgia, who’s been speaking out against the new Georgia law that makes it a crime to provide humanitarian aid to undocumented immigrants. Bridges is just a laid-back Christian guy from the country who happened to bump into a Hispanic couple outside a grocery store 12 years ago. He saw them carrying heavy grocery bags on foot so he offered them a lift to their house in his pickup truck. When he saw that 30 people were living in two broken-down trailer where they lived, he decided to go back with some lasagna to share with them. One thing led to another until he ended up visiting his immigrant friends in Mexico and then coming back to get trained as an English as a Second Language teacher. Now they call him Don Pablo and he’s part of their community.

This guy reminds me a lot of my great-uncle Walter who used to have a watermelon farm down in Premont, south Texas where he employed undocumented immigrants almost exclusively. Walter has spoken so much Spanish in his life that on the rare occasion he talks in English like when his brother Ralph and great-nephew Morgan come to visit, he has a thick Mexican accent. I remember going to see him one summer a few years ago when Texas was contemplating an anti-humanitarian-aid law. Walter kind of teared up talking about it and said, “I don’t give a damn if I go to jail. How’s the law going to tell me I can’t help them?”

Being a pastor in one of the few churches I know about where conservatives and liberals are able to worship together side by side, I really want to be careful about how I talk about controversial issues like this in public. I can totally understand where people are coming from who are angered by a government that doesn’t enforce its laws. Their anger at governmental dysfunction is absolutely legitimate and it’s completely unfair to call that racism. I also understand people saying that we need to have tightly regulated borders both for security reasons and for economic reasons. That’s perfectly reasonable.

Having studied the issue extensively, I do have to confess that I feel pretty strongly that the current immigration system is unfair (check out this helpful illustration of the current process if you’re interested). It also has been frustrating to me to see the statistics of how the US trade agreement NAFTA destroyed millions of jobs in the Mexican agricultural industry and pushed workers into migrating (see article). To be fair, there are reasons why we’re stuck with the immigration system we have and they’re not completely cynical (a fair immigration system would require a lot more overhead on the part of the government, for instance). Also some economists challenge the argument that NAFTA caused illegal immigration. So I can respect the fact that decent people are going to disagree with me on this issue.

However, just like Paul Bridges and my uncle Walter, I have spent enough time among undocumented immigrants to view some of them as part of my family. That’s why I cannot accept the way some people try to moralize this issue and say that undocumented immigrants are evil and sinful. It would be profoundly ungrateful for me to say that it’s sinful for people born on the south side of a river in the desert to cross that river to the side that I was born on so their children could have the same chance of a decent life that I do. I have privileges that I did not earn, so who am I to say that another person doesn’t deserve them because of where they were born?

As with a lot of other issues, you feel differently when you actually know people whom the issue concerns instead of thinking about it completely according to abstract principles. It’s very natural and entirely Christian to wish for the well-being of people you care about, even if they’ve broken the law. God’s law is to love your neighbor as yourself. When God’s law conflicts with human law, we should follow God’s law. Whatever else is true, I know that as a Christian, I belong first and foremost to the kingdom of God. My allegiance to American laws is subordinate to my allegiance to God and is only relevant insofar as it serves the purposes of God’s kingdom. I follow the law of the land because to do otherwise in most cases would be to blaspheme the name of the God I’m supposed to represent and harm my witness to others as a Christian.

With respect to God’s kingdom, I am an illegal alien washed clean by the Rio Grande of my baptism and legalized only by the unmerited amnesty of Christ’s blood, which is my green-card. None of us are not illegal aliens in God’s kingdom because none of us deserve to be there, but the only way to forfeit the heavenly citizenship God freely offers us is to live as though we are the kingdom’s rightful citizens and don’t need Christ’s amnesty. When I judge undocumented immigrants for chasing after privileges I have that I do not deserve any more than they, I am acting like the unmerciful servant in Jesus’ parable and cultivating a presumptuously ungrateful attitude that is eternally hazardous.

God bless Paul Bridges for his beautiful Christian witness! I disagree with the current immigration laws myself, but you don’t have to abandon your belief in even those laws to love unconditionally the people that break them.

Christians, It's Time to Admit the...
FreedHearts
Related posts from Mercy Not Sacrifice