I have started leading a Wednesday morning Bible study in Spanish at the Lamb Center, a homeless drop-in center in Fairfax, VA. We have been going through the book of Ephesians since it’s fairly short and super-rich theologically. It’s very interesting to lead a Bible study in a different language where I understand about half of what is being said by the other participants. They’ve been very talkative, which is awesome, but they’ll sometimes share long personal stories that I lose track of. Thankfully I am accompanied each week by Maritza Monsalvo, the wife of Pastor Medardo Serrano who leads the Spanish congregation that meets at Burke UMC on Saturdays. It usually isn’t until the drive home when we debrief and I learn what in the world we actually talked about.

This morning we had four guys with us: Alejandro, Candelario, Jose, and Rubelio. Rubelio is the most alpha male that we’ve had in Bible study so far. He probably talked about 40 minutes, I talked maybe 10, and the rest of the group talked the other ten. Rubelio says that he thinks he’s called to be a street preacher. Usually when people at homeless shelters say that (which is common), I start waiting for them to say something “schizophrenic.” But because of my lack of complete fluency in Spanish, I can’t listen as easily for the tip-off phrases that help me mentally categorize other people. Also in working class Latino culture, talking about wrestling with demons and other supernatural phenomena is entirely within psychologically normal discourse. So my linguistic helplessness actually helps me to treat these homeless guys like regular people instead of falling into a paternalistic provider/client duality.

One of the challenges of facilitating the conversation is that I was focusing so much energy on understanding what Rubelio was saying that I couldn’t figure out how to break in when he had completed his thought and pass the baton to someone else. My tendency in Bible study situations is to affirm the positives in what I hear somebody else say even if I disagree with them and state back what I heard making theologically appropriate edits as necessary. It also helps me figure out if I completely mistranslated something. One stressor for me was that I heard Rubelio telling other guys that what they were saying was wrong when from my elementary school level fluency I didn’t hear any distinction between the pious evangelico platitudes he was saying and they were saying.

Part of our debate (I think?) was around the question of faith (fe) because we read one of my favorite passages Ephesians 2:7-8 that frames justification by faith perfectly in my opinion: “For it is by grace you have been saved, through faith—and this is not from yourselves, it is the gift of God— not by works, so that no one can boast. For we are God’s handiwork, created in Christ Jesus to do good works, which God prepared in advance for us to do.” The great thing about this passage is that it shows that there are two purposes of justification by faith: it 1) keeps us from boasting so that 2) we can do good works. When our energy is used up boasting about our righteousness, we can’t do God’s work.

Unfortunately (from my perspective) the discussion didn’t stay there. I guess it’s a pretty abstract bourgeois gringo concern to point out that God justifies us by faith so that all those self-righteous fundamentalists will sit down and shut up. Homeless Hispanic guys are more interested in whether they will get hired to do day labor if they prayed to God vigorously and sincerely enough. It sounded like Rubelio was trying to argue that when we pray with faith, God will do anything, but if what you pray for doesn’t happen, then it means you didn’t have faith. Alejandro said something that sounded perfectly pious to me and Rubelio said no, you’re wrong.

Thankfully, Maritza busted in. She explained that there are three distinctive forms of faith: fe historica, believing that something happened even though we weren’t there to see it, like Cristobal Colon discovering the new world; fe temporal, believing that something good will happen to us like getting a job or healing from a sickness; and then fe salvador, which has to do with trusting God enough to open our hearts and minds to Him. It was a very helpful distinction, a good corrective to the “name it and claim it” crap that prosperity gospel practitioners preach.

Candelario was being a devil’s advocate so he said nobody really has that kind of faith. Just look at Peter who denied Jesus three times or Moses who smacked the rock when God told him to talk to it to get water to come out. (Side note: how come homeless Hispanic guys know more obscure Bible stories than most “educated” white people?) So I had us turn to Mark 9 where the father of the epileptic is pleading with Jesus to heal his son and he says, “Lord, I believe; help me in my unbelief!” I said that’s what faith looks like. It’s not the absence of doubt. It’s having hearts that are open enough to confess our doubts to God and ask for His help. Then I took us to Augustine’s favorite psalm, #42, which describes our quest for seeking God in terms of a thirsty deer racing through the woods to find a stream to drink from. I told them that fe just means having a sed eterna (eternal thirst). As long as we’re thirsty, we’re good. As soon as we stop being thirsty, that’s when we’ve lost our faith.

At the end when we asked for peticiones, Alejandro said that he had been living in fe temporal and wanted to have a fe permanente. I’m not sure if that constitutes praying Jesus into his heart, which I wouldn’t necessarily know how to do in Spanish, but it was okay because Maritza does the closing prayer. Overall, it was a rich conversation. Maritza suggested that next time we put time limits on each person’s commentario. I think I agree.

August 2, 2011
It was good for me to be afflicted: Monster-Psalm Meditation #9
Next Post

August 3, 2011 Where I agree with Mark Driscoll: Judgment As Solidarity
Recent Comments
0 | Leave a Comment
""Years ago I recognized my kinship with all living beings, and I made up my ..."
ChristianPinko “All People Are Holy”: The Theology ..."
"That's beautiful."
Timothy Swanson My Light Blue Pink Messiah (a ..."
"As long as you believe in some uber demon you will always be fearful of ..."
JD Satan As The Virus of Enmity
"Mrs. Smith? Sorry, can you tell me what that means please? I'm not much of ..."
Malissa “All People Are Holy”: The Theology ..."
Browse Our Archives
get the latest from
Mercy Not Sacrifice
Sign up for our newsletter
POPULAR AT PATHEOS Progressive Christian
1 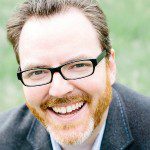