This verse is one of the most important metaphors in the Bible for describing the nature of truth. Truth is like light. It does not coerce anyone to take its point of view; it simply exposes what is real. Jesus says in John 3:19: “Light has come into the world but men loved darkness instead of light because their deeds were evil.” Humans have an existential need for integrity. If we are not living honestly, then we will hide from the light, either by living a double life or insulating our souls behind a wall of cynicism.

1 John 1:5 says “God is light; in him there is no darkness at all.” This explains our spiritual predicament as people who do things we want to hide in the dark. It’s not that God wants to punish us for our mistakes. He’s just absolutely truthful. If we are not truthful, his presence will be torture no matter how loving he is. The reason we need God’s mercy is so that we can live in God’s truth. Without mercy, we will inevitably step back from the light and out of the communion that we were created to enjoy.

The other thing about light is that it doesn’t belong to anybody; no one can control it. That’s where this metaphor has a profoundly evocative meaning. If you try to seize light, all you end up with is a fistful of darkness. We can point to light but we cannot wrap our fingers around it and have any light on the inside of them.

The institutional church is not always on the side of God’s truth. To the degree it asserts that truth is its own authoritative proclamation rather than the empirical reality of the universe, it is on the side of darkness. Darkness says that truth and power are the same thing. If truth is light, then it does not need to be protected with an iron grip. It’s unsurprising that an institution with an authoritarian understanding of truth would also be defined by protecting its authority figures from the truth when it comes to their sexual sin.

This is not to say that the tradition of the church should be cast aside in every generation’s quest for truth. We should absolutely learn from our tradition rather than trying to reinvent the wheel, but tradition is a resource, not a straight-jacket. If tradition is deployed as a bludgeon, it is being appropriated as institutional power rather than a guide for discovering truth.

Those who really love the truth live with the expectation of being surprised by it. Those who love claiming the mantle of truth really don’t love truth itself but the power they can amass from being its self-proclaimed custodians. We are living in a time when God’s light is exposing the difference between people who actually love power and people who actually love truth. Ultimately, the power of the fascists will be crushed by what seems like the weakest element in the universe: light.

Please support our ministry NOLA Wesley as a monthly patron or one-time donor! 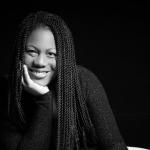 July 23, 2018 Austin Channing Brown: Black Dignity In White Space
Recent Comments
0 | Leave a Comment
"Apparently, you are ignorant of the fact that African tribes rounded up their neighboring tribes ..."
podunktn . Donald Trump And The Exorcism Of ..."
"If you're in a position of influence, then charity definitely begins at home."
Jennifer A. Nolan Celebrity-Driven Church Is Not Safe For ..."
"Test: am I still shadow-banned here?"
Dr_Grabowski Becoming Fools: A Vocation For White ..."
"I've missed your writing. Hoping you are back at it more regularly."
Timothy Swanson Becoming Fools: A Vocation For White ..."
Browse Our Archives
get the latest from
Mercy Not Sacrifice
Sign up for our newsletter
POPULAR AT PATHEOS Progressive Christian
1

Be Perfectly United: How Did Paul Address Divisions...
I appeal to you, brothers and sisters, in the name of our...
view all Progressive Christian blogs
What Are Your Thoughts?leave a comment
Copyright 2008-2021, Patheos. All rights reserved.