I wanted to be Joseph. It was my senior year and it was my turn to be the star of the spring musical Joseph and the Amazing Technicolor Dream-coat. I remember rehearsing the songs and practicing my Joseph swagger in the mirror. I thought I had nailed the audition. I scoped out my competition and felt pretty good about my chances. But then this guy named Jesse rolled in. He was new at our school or at least new to the drama department. He hadn’t been in any of our previous musicals. He didn’t eat lunch with the theater kids. But he owned his audition. And he ended up being an awesome Joseph. I got to be Issachar. No solo, not even a line. Just a pair of cheesy overalls with an “I” stitched onto the front. It was hard being Issachar and it was only moderately satisfying that I got to push Jesse around with the ten other brothers.

I wanted to be Joseph because he was the superstar. And whenever he had a setback in life, he got a spotlight to go along with it. Or at least that’s how it is in a high school musical. It’s easy to forget that the real Joseph wasn’t a rock star. He was a scared kid stuck in a cistern, a giant pit used for storing rainwater about 4 feet wide and 12 feet deep. The cistern was empty, meaning that someone thrown into it would get scraped up pretty badly and maybe even break a few bones. It’s remarkable that Joseph survived getting thrown in.

I remember going on a youth trip once in middle school to a farm. There was a kid with us who was a little bit skinny and awkward, just like I was skinny and awkward. I had been good friends with him since we were three. We’ll call him John. This other guy Peter who was one of the popular kids at school was bullying John and I was playing along with it because I wanted to fit in with Peter. Well there was an empty cage for one of the animals on the farm, and Peter tricked John into going inside the cage and then he closed the door and held it shut. For a few brief moments, John was terrified. I knew that I should have helped him and pushed Peter out of the way so that John could get out of the cage, but I froze. I’ll never forget the look of betrayal that John gave me. We didn’t really talk much after that incident.

I wonder if one of those 11 brothers may have felt a similar feeling when Joseph looked up from the pit, bleeding and scared to death. Surely there was one of them who in the 17 years of Joseph’s life hadn’t completely hated them. There had to have been one who had a memory of laughing and playing with his kid brother before he got the shiny coat and turned into his daddy’s tattle-tale. The story tells us that Reuben, the eldest brother, wanted to save Joseph’s life, but he didn’t have the guts to stand up to Judah, the fourth brother, who was the ringleader of the crew. So he cooked up this scheme of throwing Joseph in the pit as a passive-aggressive tactic for keeping Joseph alive. Maybe there were other brothers like Reuben who were scared to stand up for Joseph once they got sucked into a mob mentality. They threw their brother in the pit and before they could blink their eyes, he was sold into slavery and there was no going back. So they smeared lamb’s blood onto his shiny coat and took it back to their father.

How do you think it felt for those brothers when they saw their father weep? The Bible says that they all tried to comfort him. What would that have been like? To have the truth inside of you like a lead weight, watching your father cry and knowing that if you snitched, you might get beaten or killed. How do you touch the shoulder of someone you love who doesn’t know that the reason he’s hurting is your fault? The guilt must have been unbearable. You could say they were in their own spiritual kind of pit. The past could not be undone; it could not even be mentioned. There would be no closure. Their father Jacob had said that he would mourn Joseph all the way to his grave. They would likewise carry the burden of their deed all the way to their graves. In a pit with no way out.

And what about Joseph? On his way to Egypt probably hog-tied to a camel? What moments were playing over and over again in his memory? This wasn’t a completely unprovoked act of violence. It was cruel and unfair, but it was punishment for being cocky. Why hadn’t he kept his mouth shut when he had those dreams? Even his father had rebuked him for what he said. Why had he been so clueless? There was no way to return to the past. Like his brothers, Joseph was stuck in a spiritual pit, a dismal future with no way out.

We had a kid like Joseph at seminary, one of those brilliant home-school prodigy kids who graduate college when they’re 19 but are left behind when it comes to social skills. This kid would always heckle our professor whenever the lecture got into Biblical scholarship that he didn’t agree with. He was completely oblivious to the sound of two hundred people groaning at the same time. We used to chat about him on facebook while we were in class. Then I met him at a party and he turned out to be a really nice guy, even if he was a little bit awkward. I felt bad for having dissed him behind his back.

All of us have memories of mean things that we’ve said and done to other people. And mixed together with the shame of those memories is the pain from all the mean things that have been said and done to us. These memories suck us down into a pit because we have nothing to do with them and nowhere to put them. If we were clear-cut victims or clear-cut culprits, it would be easier. But nothing is clear-cut. There’s always a little bit of our own victim-hood involved when we victimize others. We feel justified throwing other people into pits because we’ve been thrown into so many pits ourselves. And the more we train ourselves not to feel bad for the hurt we cause other people, the deeper we sink. We don’t have the resources within ourselves to climb out on our own. We can resolve to put on a happy face or do a better job next time or not let the haters get us down, but all that we’re doing is stuffing our shame and our pain more deeply into our heart. We might get a little ways up the slick rock wall, but we’re always going to slide back down if all that we’re leaning on is the power of our own positive thinking.

We need a power greater than us to throw down a ladder. And that’s precisely what God has done for us through Jesus Christ. Unlike Joseph, Jesus did absolutely nothing to deserve being jumped by a mob and nailed to a cross. No wrong that we have ever committed is worse than the wrong that the Son of God received and forgave. No hurt that we have ever felt is worse than the hurt that Jesus felt. This means that no matter how deep our pit is, no matter how complicated our life has been, Jesus can step right into our mess and lift us out of it. All we have to do is take up the pain and shame that we have carried so long and leave them at the cross so that we can become the joyful, liberated people that God created us to be. As Psalm 40 tells us, when we wait patiently for the Lord, He will incline to us and hear our cry; He will lift us up out of the pit and set our feet upon a rock to make our footsteps firm. That rock is Jesus Christ. If you’re in a pit right now, cry out to the Lord and He’ll put you on solid ground.

August 14, 2011 Michelle Bachmann on submitting to her husband
Recent Comments
0 | Leave a Comment
"Fantastic blog and devotional. Thanks for sharing."
mike looker Paraklesis: a beautiful word (2 Corinthians ..."
"In any event it is God who wins people, not you. You are not the ..."
Iain Lovejoy My Best Teachers Are People I ..."
"agreed."
Brandon Roberts Celebrity-Driven Church Is Not Safe For ..."
"OK Morgan. Wow. "Grand inquisiting?" "Owe it?" It's your blog post to resource academically. You ..."
Randy Starkey “All People Are Holy”: The Theology ..."
Browse Our Archives
get the latest from
Mercy Not Sacrifice
Sign up for our newsletter
POPULAR AT PATHEOS Progressive Christian
1 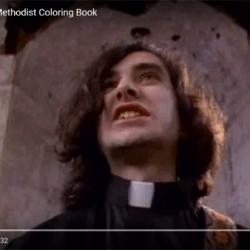 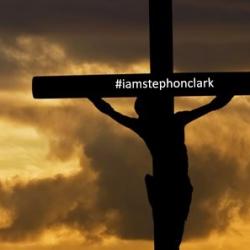