Sharing the gift of God’s forgiveness

Is everyone familiar with the term straw man? It’s a word you learn when you get into a lot of arguments like I do. A straw man is like the opposite of an imaginary friend; he serves as your imaginary opponent in an argument that you can always win because there is nothing right about what the straw man believes. Well my whole life is an argument against a particular kind of straw man. My straw man is ignorant, self-righteous, and judgmental. He likes to write in ALL CAPS in the comment section of internet news sites, using words like outrageous, egregious, and inexcusable. The less he knows about a particular topic, the more likely he has a strong opinion about it. People who disagree with him are not just wrong; they’re on their way to the lake of fire.

The reason I’m telling you about my straw man is that I often preach sermons to him when I’m supposed to be preaching to my congregation. Or at least that’s what my wife says. This passage we read today about the unmerciful servant is one of my favorite passages to attack my straw man with, because it’s all about him, someone who is ungracious after receiving grace from God. But the problem is my straw man doesn’t go to this church. You may not realize it, but you’re unusually good-natured for church folk. I just can’t imagine anyone here acting like the servant in the parable – getting a multi-million dollar debt canceled and then immediately jacking up your buddy for owing you a couple hundred bucks. So I can’t preach the sermon I’d been planning to preach.

The standard sermon on this passage is to say that nobody owes you peanuts compared to what you owe God, and if you want God to forgive your trespasses, you’d better forgive every trespass that’s been committed against you. I could talk about how God’s infinitely high moral standards make us all filthy sinners, so we have no leg to stand on judging other people. It would be theologically correct sermon, and you might say good job, but it probably wouldn’t help you handle the truly difficult challenge of forgiveness in your everyday lives.

The problem is I’m haunted by the things I know about you. Some of you have been sinned against tremendously by people who will probably never admit that they did anything wrong. Others of you are stuck in messy situations where you’ve done some wrong to somebody else and they’ve done some wrong to you and you don’t know how much slack to cut them and how much blame to accept for yourself. Some of you have been through heart-wrenching grief that doesn’t make any sense and can’t be blamed on anyone, so you might be struggling to forgive God. Knowing this, it seems tone-deaf to tell you that forgiveness is a simple mathematical equation: God forgave you 10,000 talents worth of sin, and you’ve only got to forgive a hundred silver coins, so suck it up and be done with it.

But here’s one thing I can say no matter what you’ve been through: “Your sins are forgiven.” Jesus used to say this right before he healed people. We normally gloss over it, but if you think about it, it’s a little disturbing. Why would Jesus be talking about sin with someone who is paralyzed or blind or mortally ill? Doesn’t their suffering more than cancel out any mistakes they might have made? It seems undignified to tell victims of suffering that they have sin that needs forgiving.

But there’s a deeper truth that people in our age have a difficult time grasping. To be accepted and forgiven by God as a sinner is actually the most liberating and healing thing that can happen to you. To Jesus, forgiving sin was a far more important kind of healing than making the lame walk or the blind see. Our culture doesn’t get this. We think it’s reassuring to say to someone who has a troubled soul: “There’s nothing wrong with you.” But that’s actually one of the most dismissive and damaging things you can tell people who know something is wrong with themselves. When our society tells us things like this, we think that we’re supposed to pretend like there’s nothing wrong. We think we’re not supposed to admit it when we make mistakes, because then we’ll get thrown under the bus.

Here’s the real ugliness. When people are stuck in the trap of thinking that they have to pretend there’s nothing wrong with them, it makes them capable of doing great evil to other people. To do evil successfully requires being in a state of denial about the pain that we’re causing: our minds have to justify or repress the memory of what we’ve done in order to avoid going crazy. Unfortunately the more evil we justify, the easier it becomes to do it, turning our world into a fact-free reality in which the people we sin against deserve what we do to them. But recognizing that God has forgiven our sin changes all that. It knocks down the walls that we thought we had to hide behind. It gives us authenticity, one of the most precious endangered species of virtue in today’s world of spin and illusion.

In Jesus’ parable, the unmerciful servant may have had his debt erased but his actions toward the other servant show that he didn’t accept the master’s forgiveness of his sin. He makes it clear that he didn’t see his debt as something he did wrong for which he was shown mercy. It was simply good fortune that his master fell for his sob story, so he figured that he would add to his good fortune of getting away with the debt he owed by collecting on the debt that was owed to him. The sad thing about this story is that the true gift of forgiveness is not the waiving of our punishment, but our liberation from the prison of dishonesty that sin imposes on us.

See, everyone is a sinner, because we all fall short of the God who we were created to be like. That’s what sin literally means in Greek: falling short. It’s an archery term for missing the bulls-eye. The problem is we try to make our bulls-eye wider and wider to make our arrows fall inside until we’re not aiming for any standard of righteous living at all. Only by accepting God’s forgiveness of our sin can we keep on shooting for a target that we will never hit perfectly.

Being able to face the truth about our mistakes because of God’s forgiveness turns us into people who are capable of being refined by God. Our expectations for ourselves increase as we grow closer to God. When God eliminates our anxiety about being accepted by Him, it is replaced by a genuine desire to be like Him. We grow less tolerant of our subtle arrogance, our impatience, our envy of others. We come to value God’s forgiveness more and more, so that what seemed like a few hundred bucks worth of debt forgiveness at first comes to feel like millions of dollars to us the more we appreciate God’s transformation of our lives. And the more we’re focused on becoming holy like God, the less we’re preoccupied with nickel and diming the debt that other people have accrued with us.

When we accept God’s forgiveness, we receive the freedom not to keep score, because keeping score is exhausting. But what do we do about forgiving other people who aren’t sorry that they hurt us? It’s not healthy to deny that they did anything wrong. That’s not forgiveness; that’s enabling. We can’t force them to repent and make peace with us. Depending on what they have done, it may not be safe or healthy for us to ever see them again. But we do need to ask God to deliver our souls from the tyranny of the evil that was done to us. And we need to ask God to purge our hearts of the desire for evil to happen to those who hurt us. As long as we cling to our anger, their sin will continue to oppress us. We may not be the ones whom God sends to intervene in their lives and declare His forgiveness of their sins, but what a beautiful moment it will be if and when God finally wins their hearts.

Even if we don’t get to participate in that beauty, there are people whom God has put into our lives who need to be set free from the denial and regret about things that they did to other people. They have not yet received the amazing freedom for which Jesus Christ died to face their sins and know that they are forgiven. God’s forgiveness is the greatest gift we can ever receive, far more exhilarating than having a multi-million dollar debt erased in an instant. But there is another joy that may even be more profound: to watch another person accept God’s forgiveness for the first time. That joy is what I live for. It’s why I do what I do. And I want each of you to experience that joy in your lives. Know that you are forgiven by God; ask God to give you the strength to forgive others; share the good news of His forgiveness even with people who don’t need your forgiveness. That’s the way you become part of the chain of mercy by which God conquers the world’s evil one soul at a time.

February 9, 2012 What makes pregnancy a disease?
Recent Comments
0 | Leave a Comment
Browse Our Archives
get the latest from
Mercy Not Sacrifice
Sign up for our newsletter
POPULAR AT PATHEOS Progressive Christian
1

Reading the Bible while White
Religion Prof: The Blog of James F. McGrath
Related posts from Mercy Not Sacrifice 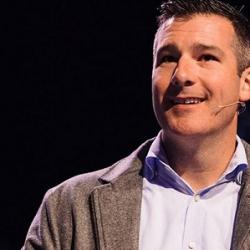 Progressive Christian
How Can We Talk Forgiveness in the Age...
Mercy Not Sacrifice 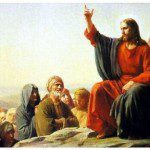