Who will save us from the white man’s burden?

Who will save us from the white man’s burden? August 30, 2013 Morgan Guyton 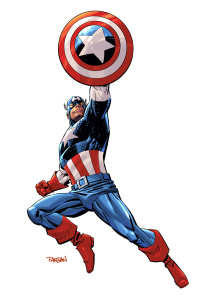 “The White Man’s Burden” was a poem written by a British poet Rupyard Kipling in 1899 to describe the way that white people have made ourselves responsible for bringing civilization and democracy to the entire world at least for the last several centuries. In the 1800’s, this responsibility mostly belonged to the British Empire. Since World War II, the US has been in charge of the world’s salvation. If black conservative pundit Crystal Wright is correct in assessing that “Obama is not black like Dr. King,” it is because he has accepted the responsibility of the white man’s burden in the Middle East, which will soon involve bombing the crap out of Syria because of legitimately hideous things that happened there which are nonetheless not the U.S.’s responsibility to fix.

“So why does Morgan always have to make it about race?” I’m talking about a historical phenomenon with a legacy that has carried over into today even though it is less explicitly racialized than it was in the past. The way that white people became the world’s policemen is an interesting phenomenon that some, like my seminary professor J. Kameron Carter, would trace back to the aftermath of the religious wars in Europe in the 16th and 17th century (c.f. Race: A Theological Acccount). European philosophers like Descartes and Kant wanted to transcend the tradition-based tribal identities they saw as the catalysts of those devastating wars, so they worked to establish a transcendent universal rational perspective that Catholics and Protestants could agree on. Another word for this transcendent universal rational perspective might be secularism.

The result of this secularism was a cosmopolitan way of thinking that evaluated all of humanity as a single entity. The world was divided in the minds of these cosmopolitan thinkers between people who were capable of stepping out of their individual cultures to see things from a universal perspective and people who were still too wrapped in their primitive religions to transcend them. Those who were capable of taking a higher secular vantage point were civilized; those who weren’t capable needed some help to get there.

Yes, it’s an oversimplification. There were also white Christian missionaries who went out to make the brown people Christian because that’s what Jesus said to do in the Great Commission. There were also businessmen and traders who simply wanted to make money off of the raw materials from the New World and the enslaved bodies that could be used to harvest these raw materials from the mines and plantation fields. There has always been a mixture of noble and sleazy motives within the white man’s burden.

What’s important is to understand that the origin of modern racism is not in one race claiming superiority over another race. Throughout history, people from one country or city-state have had rivalries with people from other countries or city-states. In Europe today, Belgians have prejudices against the French, Germans don’t like Italians, and so forth. There isn’t a mentality of “white” and “black” per se, though there are anti-immigrant sentiments against people who not only look different but speak funny.

The racism of dividing the world into “colors” is a completely different phenomenon. It comes from some people (‘white” people) thinking they have transcended their cultural particularity and are thus obligated to think and act for the good of the human race as a whole, taking responsibility for those who are too primitive to see things from a universal vantage point (“colored” people). So when white people say they’re “color-blind,” they’re actually paradoxically embodying the attitude that historically created racism. To be truly against racism means to own my particular cultural heritage and take into account all the ways it has advantaged and shaped me.

When white people talk about our history, we like to put a discontinuous rupture in the space-time continuum at somewhere around 1970. White people were completely crazy and racist before that, but then magically everything was completely transformed and our state of affairs now is utterly disconnected with our past. Here’s the thing: white people in the past, even white people who used the “n” word, were not completely crazy, diabolical people.

They had a skewed lens for viewing the world that caused them to do things that were harmful, but many had genuinely good intentions (though it’s also true that many exploited the power dynamics deviously to their own advantage like anybody does when they have power). But for many of them, the racist things they did were their way of taking responsibility for “less civilized” people and “helping” them develop.

In the early 1500’s, Europeans began to have sustained contact with races other than the Muslims whom they had been fighting in the Holy Land for centuries. In the Americas, European explorers came upon indigenous tribes that engaged in practices that were legitimately disturbing like child sacrifice and cannibalism. I wrote one of my seminary term papers on a big debate in the Spanish court that took place between Juan Gines de Sepulveda and Bartolome de las Casas over whether it was the duty of the Spaniards to civilize the cannibalistic indigenous tribes of America by putting them to work (as slaves). These were serious debates in which at least some of the European leaders were genuinely trying to follow Christian values.

The justifications for imperial conquest have always been at least somewhat compelling. It’s very easy to demonize our ancestors, but If I were alive in the 1800’s and my frontier town in Nebraska had been raided by frightening people wearing war paint and headdresses, I would probably be cheering on General Custer as he rode off to fight them. I don’t think I would have had the perspective to consider whether it was okay to take native Americans’ land from them.

All this is just to say that the wars our ancestors contemplated fighting probably looked every bit as compelling to them as invading Syria today to stop chemical weapon attacks. So what if the best thing we could possibly do about Syria is actually nothing? The mistake of the white man’s burden is to assume that just because you know about a problem in the world, it’s your job to be the savior who fixes it.

I can’t say anything that would do justice to how awful it is that those Syrians were nerve gassed. But that still doesn’t mean that the U.S. is obligated to save the Syrians from their government. Perhaps the Middle East is currently going through a season analogous to the 16th and 17th century religious wars in Europe. That’s not to say they’re centuries “behind” the Europeans; our histories are apples and oranges.

But it may be that less harm will happen if the people in places like Syria and Egypt are allowed to duke it out without outside interference until soldiers and rebels and civilians alike get completely fatigued of the madness and bloodshed, and an entirely different ethos emerges. I understand that this sounds calloused, but I really don’t think there’s a good track record for American interventionism actually improving things. What really changes when the U.S. invades? Afghanistan certainly hasn’t changed very much at all. Has Iraq? Or what if we go back to Somalia? Ultimately it just isn’t our job to save the world. If we could divest ourselves of the white man’s burden, the world would be a better place for us and for everybody else too. 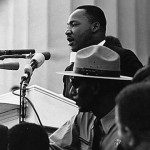 August 28, 2013
Why the dream has been deferred (purity culture as the backlash against the civil rights movement)
Next Post

September 1, 2013 Things I read that made me think: 9/1/2013
Recent Comments
0 | Leave a Comment
"Following the Bible's rules for "atonement".1) I steal your uninsured car and after a week ..."
C Nault Atonement: a basic explanation
""Years ago I recognized my kinship with all living beings, and I made up my ..."
ChristianPinko “All People Are Holy”: The Theology ..."
"That's beautiful."
Timothy Swanson My Light Blue Pink Messiah (a ..."
"As long as you believe in some uber demon you will always be fearful of ..."
JD Satan As The Virus of Enmity
Browse Our Archives
get the latest from
Mercy Not Sacrifice
Sign up for our newsletter
POPULAR AT PATHEOS Progressive Christian
1

What is a Christian Response to...
FreedHearts
Related posts from Mercy Not Sacrifice