The God who wants us to be friends #sermon #podcast 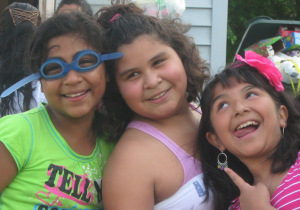 For the second weekend of our sermon series “Love Actually,” we talked about philia, the form of love that is friendship. James 4:4 says, “Friendship with the world is enmity with God.” When I was young, I presumed that becoming Christian meant most fundamentally leaving your old friends behind. You showed Jesus that He was number one by who you were willing to stop hanging out with. Since that time, I’ve come to understand James 4:4 differently. “The world” does not describe a group of people we’re supposed to stop being friends with but a way of perceiving people that does not allow for the authentic friendship that we learn from Jesus. My sermon audio is here, with more thoughts added below:

In John 15:15, Jesus says something astonishing to His disciples. He tells them that they should no longer think of themselves as His “servants,” but instead as His “friends.” What in the world does this mean? Is He really saying that He wants to elevate them (and perhaps us too) to His level? If we’re His friends, does that mean that we don’t really have to obey Him like a servant does with a master? Can we opt in and opt out like friends who are sometimes available to hang out but not always?

Jesus kills this possible interpretation of what He means by saying pretty plainly: “You are my friends if you do what I command you” (v. 14). So does that mean that He’s using the word “friend” as a euphemism? Is it like if I were to tell my son, “Be a ‘friend’ and go clean your room,” when he knows good and well that we are not equals and I’ve given a command for which disobedience will yield consequences?

I think we need to look a little more deeply than that. Jesus’ commands are not arbitrary, and following them is not just something we do to demonstrate our loyalty. Jesus says in verse 17, “I am giving you these commands so that you may love one another.” The purpose of His teaching is to make us people who are capable of love. The more that we do what Jesus says, the more we become like Jesus; the more that we get where He’s coming from.

In verse 11, Jesus explains, “I have said these things to you so that my joy may be in you, and that your joy may be complete.” I see this verse as offering some basic insight into the way Jesus defines friendship with Himself. It means to share in His joy. When Jesus’ joy gives us joy, we are not just His servants, but His friends. That doesn’t mean that we’re fellow divine creators of the universe who can go comet-bowling with Him, but rather that we sympathize with His perspective. Being a friend of Jesus means not just to do what Jesus says, but to do it because we want what Jesus wants.

What is Jesus’ joy? Hebrews 12:2 says that Jesus went to the cross “for the sake of the joy set before Him.” In John 15:13, Jesus says, “No one has greater love than this, to lay down one’s life for one’s friends.” Jesus’ joy lies in laying down His life for His friends. There’s nothing joyful about the suffering of the cross except as God’s means of “bringing many children to glory”
(Hebrews 2:10). By laying down His life, Jesus lifts up sinners who were incapable of real friendship and makes them His friends.

Very few of us will engage in the same kind of physical martyrdom for our friends that Jesus did. But we can still lay down our lives for our friends insofar as we set aside our own agendas and ambitions to give our full attention to the people God has given us in friendship. I think this is where the distinction between friendship with the world and friendship with God lies. In worldly friendship, friends are people I use to help me achieve my goals and get what I want. In Godly friendship, friends are people for whom I set aside my own life in order to tend to their joy.

The closer we grow in our friendship with Christ, the better we are able to be friends with other people. It seems like a fair number of Christians think that the holiness of living according to Jesus’ commands is supposed to make us increasingly intolerant of and hostile to people who aren’t Christian on account of their sinful behavior. We can be friends with people we can talk as “Jesusy” as we do, while those who don’t talk that way aren’t really our friends so much as mission projects. We may talk sweetly to them, but the purpose of our conversation is to drop hints that they need to be living differently.

Paradoxically, this kind of “friendship” as mission project actually has more in common with worldly friendship than Godly friendship. It’s the false “friendship” of using another person for the fulfillment of my agenda, however noble my agenda seems to be. To be a friend the way that Jesus is a friend means to set aside my life in order to give someone else my full attention.

That doesn’t mean that I’m going to disingenuously affirm things they say and do with which I disagree. It does mean presuming that God has something to teach me through the other person and recognizing that I don’t get to be Jesus in the relationship. Worldly friendship sees other people as projects and means to ends; Godly friendship sees other people as icons of God who are ends unto themselves.

We do not prove our loyalty to God by showing Him who we’re willing to stop being friends with. 1 John 4:12 says, “No one has ever seen God; if we love one another, God lives in us, and his love is perfected in us.” Our friendship with God is embodied and even discovered through our friendships with other people. Practicing the teachings of Christ within the context of these friendships is how God’s love is perfected in us.

September 23, 2013
Evangelical Christianity and the millennial need to be special and important
Next Post

September 26, 2013 Can God make people who don't fit our boxes? (The #transgender question)
Recent Comments
0 | Leave a Comment
Browse Our Archives
Follow Us!