So I went to the Facebook United Methodist Clergy page yesterday with the question of whether “total depravity” is really a Methodist doctrine, and the response was pretty fierce. The phrase “total depravity” means different things to different people. Some take it to mean that humanity is utterly wicked, while others take it to mean that every aspect of our humanity is corrupted by sin, which are different claims. To me, the most important thing to understand is that we can do nothing without God’s grace. We would be helpless without it, which is a moot point because it’s all around us; we are depraved when we don’t acknowledge and seek it. In any case, based on the discussion with other Methodist clergy, I wanted to make the following five hypotheses concerning the topic of original sin and total depravity.

God is graciously doing good through the universe all the time both through people who know God and people who don’t know God. I don’t think it’s particularly helpful evangelistically to talk about humanity as being “totally depraved.” Yes, it’s true that we can do nothing apart from God’s grace, but because God’s prevenient or “common” grace doesn’t exclude anyone, the problem is not that people lack God’s grace but that they lack an awareness of it. When we see the good that we do as our own achievement and not as God’s gracious willingness to move through us, then our accomplishments become a reason to feel superior to others instead of a reason to be thankful for the opportunities we’ve had. I think that secular people can have some grasp of God’s grace with a different set of vocabulary but this sense of grace is accidental and tenuous without living in the gospel story that explains it. Not having a solid grasp of grace and viewing our good as our own achievement and not God’s gift is spiritually treacherous. It causes us to expect rewards and become embittered when we don’t receive them or when we see others rewarded equally who haven’t worked as hard as we have. I would say that what makes us totally depraved is to be oblivious to God’s grace, which more than a few Christians are, which is why Christians can be some of the meanest, least gracious people in the world.

The reason I have a tough time with the claim that children are utterly corrupted by original sin which they inherit from Adam is that Jesus said, “Whoever does not receive the kingdom of God as a little child will never enter it” (Mark 10:15). This verse should be allowed to weigh in on our understanding of original sin and not be twisted and crumpled up to fit into the doctrinal box of original sin. A lot of people do the latter, saying children are absolutely wicked and selfish because original sin says so, so all Jesus meant is that they’re “humble” and “dependent” (i.e. making the verse fit the doctrinal box they’ve already built). Jesus incidentally never says anything about Adam and Eve’s fall. It’s interesting that it doesn’t really play a role in his theological system, though it plays a minor role in Paul’s.

I think that Jesus is referring to the innocence that children have in their delight and wonder about the universe to which we are called to return. I interpret Adam and Eve’s fall to allegorically represent the moment when children first rebel against their parents for the sake of affirming their selfhood as well as the moment when primordial prehistoric moment when humanity fell from grace by discovering its selfhood. This first rebellion of selfhood is the moment when “[our] eyes are opened and [we see] that [we are] naked” (Genesis 3:7). We don’t lose our childhood innocence all at once. It lingers for a while even after we start being self-conscious, but by the time we’ve reached prepubescence, we are thoroughly neurotic, shame-filled creatures whose sins come about largely as a product of our self-obsession. We cannot escape our self-obsession on our own; we need to be rescued by God.

3) Nobody escapes the corruption of sin

As Billy Joel sings, “We didn’t start the fire; it was always burning since the world’s been turning.” People have been doing selfish, hurtful things to each other since the beginning of time. Sin always takes the form of a causal chain. I get hurt by somebody and so I go and hurt somebody else who then hurts somebody else. I get screwed up in a certain way by my upbringing because my father was screwed up in a certain way by his upbringing and so forth. There’s a great Everybody Loves Raymond episode about how dads and sons pass their screwy-ness down through the generations. So I absolutely agree with the concept of original sin insofar as it means we are born into something where we can’t avoid getting burned and becoming the means by which others get burned.

Much of the sin that happens in the world is systemic, meaning that we don’t know we’re participating in it but we are. We’re part of a cloud of demonic energy in which no one person is to blame for the actions of the mob, though the mob does great evil. Racism happens this way in two senses. First, there are social forces that continue to create unfair conditions for black people even if white people aren’t deliberately choosing to discriminate against them. Second, white people are born with a set of socializations that continue to cause us to act in racist ways against black people even if it’s not as overt as 50 years ago. We didn’t choose these socializations, but they come out in a lot of different awkward ways even if we don’t want to be racist.

What is fantastically paradoxical is the way that some of the most conservative white evangelicals who are all about original sin as a theoretical concept are also the most vociferously defensive about their personal implication in racism. If you don’t believe that you’re a racist unless you have made a conscious choice to be one, then you don’t really believe in original sin, because racism is about as perfect an example of how original sin works that there is. There are many other assumptions about how the world works such as the idolatry of the free market that have poisoned the human well and cause us to behave as a society in ways that cause tremendous suffering to poor people both in our country and in the Global South. All of these collective demonic synergies are part of our depravity as a human species.

5) Non-Christians can be very moral people, but nothing is like being part of the body of Christ

Article 7 of the 18th century Articles of Religion in the United Methodist Book of Discipline says that due to original sin, “man is very far gone from original righteousness, and of his own nature inclined to evil, and that continually.” (Because it can’t be edited according to the Methodist constitution to make it gender-inclusive, women must be completely off the hook due to the sexism of 18th century writing. ;-)) This article was thrown in my face in the discussion in the United Methodist Clergy group. What bothers me about it is the nihilistic misanthropy that it elicits. The more evil that Christians think humanity is, the more they tend to create hyper-authoritarian communities, a tendency which has had devastating results for women and children who often end up being victimized sexually (like here, here, and here) often by the very same patriarchs who are stirring up fear of the utterly wicked outsiders.

You can produce passage after passage of Methodist founder John Wesley’s sermons talking about how evil “natural man” is and so on, but that doesn’t change the fact that I’ve got non-Christian friends who are compassionate, generous people. I suspect that there are many non-Christians who behave much better than I do and have a greater share of “love, joy, peace, patience, kindness, generosity, faithfulness, gentleness, and self-control” than I do. What I would say is that while God’s prevenient grace has created this condition, it’s very tenuous compared to the stability of being incorporated into the body of Christ and actively seeking God’s grace rather than accidentally channeling it when it happens to flow through me.

The difference between me and a non-Christian is not that I’m a better person, but that I identify myself as a redeemed sinner wholly dependent upon God’s grace, which means that I can be very open about my flaws without losing my dignity or the hope that God can make me a better person. I have a cross where I can put my sins and a resurrected savior who can make me a new person. I designed the confirmation retreat for our church based on three verses, Ephesians 4:14-16 that seem to match up with the three questions that Methodists ask people when they’re joining the church as well as prevenient, justifying, and sanctifying grace:

We must no longer be children, tossed to and fro and blown about by every wind of teaching, by people’s trickery, by their craftiness in deceitful scheming. But speaking the truth in love, we must grow up in every way into him who is the head, into Christ, from whom the whole body, joined and knit together by every ligament with which it is equipped, as each part is working properly, promotes the body’s growth in building itself up in love.

Non-Christians are not automatically bad people. God’s grace moves through them even if they don’t call it that. But to miss out on being “knit together” into the body of Christ is to miss out on the one thing that we desire more than anything else as human beings: authentic community. Now it’s true that Jesus’ body is banged up and bruised; it’s had a few organ transplants; it’s undergoing chemo and radiation at the same time in multiple places. But I can’t imagine floating through the universe on my own, “tossed to and fro and blown about by every wind of teaching.” I need a body to belong to. I need a place where people are “speaking the truth in love.” I need a savior to “grow into” me and heal my sin-sick soul. That’s why I’m a Christian.

February 10, 2014 "Don't let those who hope in you be put to shame because of me"
Recent Comments
4 Comments | Leave a Comment
Browse Our Archives
Follow Us!

Five Ways To Be The Church...
Irreverin
Related posts from Mercy Not Sacrifice 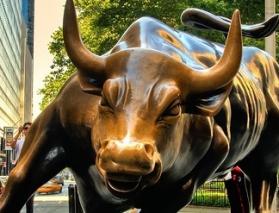 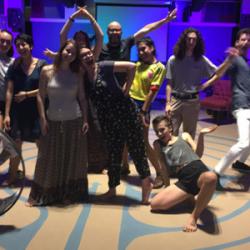 Got some time to search my soul
Here is your open thread for April 1, 2020. Talk amongst yourselves.
view all Progressive Christian blogs
What Are Your Thoughts?leave a comment
Copyright 2008-2020, Patheos. All rights reserved.